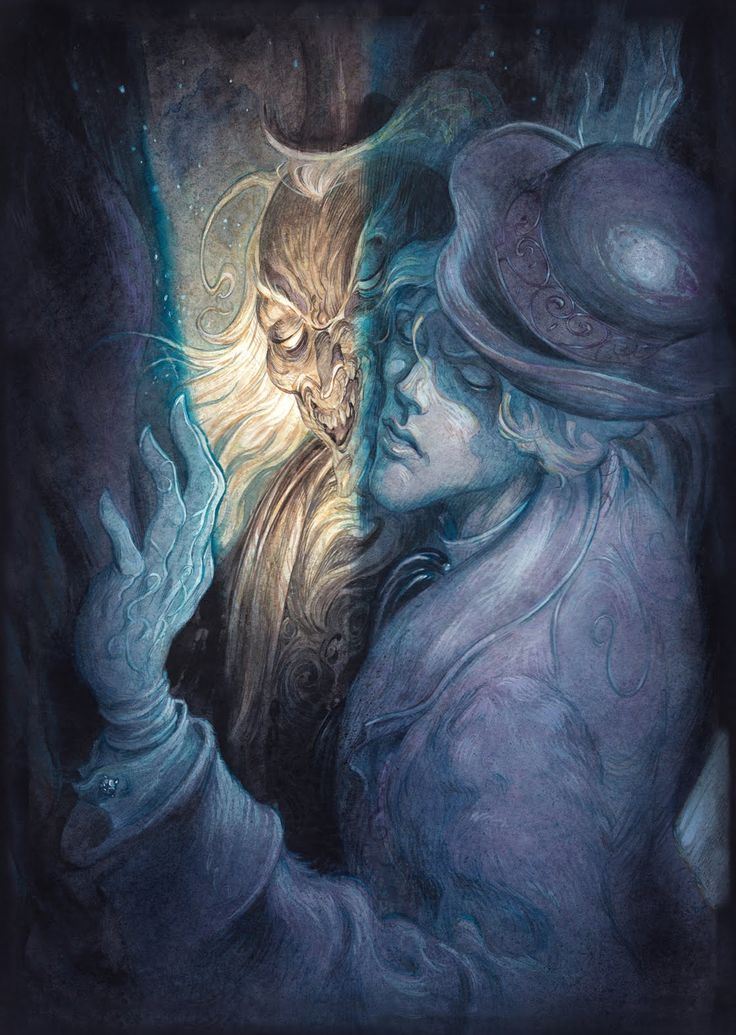 […] the significance of idealism and truth in an individual’s life. (June 2009).

Ideals are often thought of as the quintessence of escapism; through the creation of false ideals, one may find the motivation to alter an undesirable reality. An individual’s identity is responsible for the creation of these discrepancies between one’s ideals and the reality of their existence. However, when an individual’s identity is perhaps negatively influenced, their chance of reconciling the conflict between their ideals and reality diminishes. As suggested in Oscar Wilde’s The Picture of Dorian Gray, individuals are impacted by their ideals and their reality. When an individual is negatively influenced, their ideals and perception of truth becomes blurred, because when an individual is enticed by influence their ideals morph into one that was not originally theirs, thus leading to a fractured truth and in Dorian’s case: a degradation in morals. As Dorian’s identity changes due to the influence of those around him, his adopted illusion of class, wealth, and beauty diverges from the reality of his immoral actions, thus creating a disconnect between his ideals and truth. Wilde is demonstrating that one’s identity, when responsible for the creation of ideals that misalign with one’s truth, will hinder one’s ability to live a fulfilling life; this is portrayed in the novel through Dorian’s changed identity at the hands of Lord Henry’s influence, Dorian’s subsequent rejection of reality, and his descent into corruption and loss of morals. In other words, because Dorian’s identity was rooted in the Hedonistic ideals instilled upon him by Lord Henry, he is unable to perceive the truth of his reality, and as a consequence of this conflict Dorian’s morals are lost, thus removing the opportunity of living a fulfilling life.

When an individual is influenced, their perception of truth is blurred as they adopt characteristics and ideals of a differing lifestyle. The first change in Dorian’s identity can be attributed to Lord Henry’s influence; because he projected his own ideals onto Dorian. Dorian is first introduced as an innocent character, unaware of his “Adonis [-like] beauty”, however, upon meeting Lord Henry, Dorian is introduced to a new life based upon the pursuit of Lord Henry’s Hedonistic ideals. As a result, Dorian begins to incorporate illusions of beauty into his identity because Lord Henry said the following with the intent to influence Dorian’s perceptions of beauty and reveals his desire to control Dorian’s identity: “Beauty is a form of genius – is higher, indeed than genius, as it needs no explanation” (22). As Dorian’s identity begins to shift because of Lord Henry’s influence he begins to associate his sense of self with unrealistic ideals of beauty. Wilde, here, is illustrating that when an individual’s identity is influenced, the unrealistic ideals they adopt may influence their reality and truth. Consequently, this is exactly what happens to Dorian because his life is now based on the ideals of another, thus causing the fragmentation of Dorian’s reality and truth because when an individual adopts a lifestyle that differs from their present one, their sense of truth is lost as they attempt to navigate the differences between their past lifestyle and the one they are trying to adopt. This happens to Dorian, because as he focuses on these Hedonistic ideals, his sense of reality and truth is lost – as exemplified through his desire to maintain his beauty after realizing that the illusion of youth and beauty cannot be maintained when he is “old and wrinkled and ugly, [and] when thought has seared [his] forehead with its lines, and passion has branded [his] lips with its hideous fires” (28). Instead of resolving this conflict between his ideals and truth by accepting aging as mere fact of life, Dorian exclaims: “How sad it is! I shall grow old, and horrible, and dreadful. But this picture will remain always young. … If it were only the other way! If it were I who was to be always young and the picture that was to grow old! For that—for that—I would give everything! Yes, there is nothing in the whole world I would not give! I would give my soul for that!” (32). This reveals how Dorian has completely embraced his illusionist ideals perpetrated by his adopted identity, therefore, creating the divide and conflict between Dorian’s ideals and reality. Wilde is arguing that the shifts in one’s identity cause an individual to take hold of ideals that are not aligned with their actuality, which, in turn, cause the fracturing of one’s existence. Dorian, however, takes no action against his changing identity – he remains seduced by Lord Henry’s concepts of Hedonism, thus falling further into his unrealistic ideals.

Sybil and Dorian’s relationship serves as an example of how when an individual adopts another person’s ideals, which differ from their own, their sense of reality and truth is lost as a result of this disjoint between their ideals and their reality. As Dorian begins to accept his new identity – which is rooted in the illusions of beauty – he falls for Sybil Vane. However, Dorian fails to realize the truth of how he only loves the ideal of Sybil and not her truth. To him, Sybil “was always a dream, a phantom that flitted through Shakespeare’s plays” (105). This is revealing how through the continual change in one’s identity an individual may accept an ideal as truth. However, once Sybil was unable to maintain the ideal that Dorian fell in love with, Dorian is forced to address the conflict between his ideals and realities – he breaks Sybil’s heart. Dorian’s rejection towards Sybils demonstrates how when an individual pursues their ideals, they start to reject their reality. However, Dorian’s way of dealing with the conflict between his ideals and realities prove futile as the tension between the two lovers was not resolved, ultimately causing Sybil’s suicide. This demonstrates how when an individual’s identity inhibits the resolution of a conflict, attempting to preserve one’s ideals causes them to act cruelly. As an individual pursues their ideals, their sense of reality and truth lose their importance, which causes further fragmentation between one’s ideals and one’s truths because an individual is valuing more than the other – in this case, Dorian is valuing his Hedonistic ideals more than he does his relationship with Sybil. As individuals begin to reject their reality, their sense of what is right and wrong also begins to degrade – as demonstrated through Dorian’s increasing lack of respect for what is right and what is wrong. This is exemplified by Dorian’s unsympathetic response to the death of someone he claimed to love: “Her death has all the pathetic uselessness of martyrdom, all its wasted beauty” (111). Wilde is illustrating the dichotomy between Dorian’s perfectly crafted illusions and the heartless superficiality of his reality; through this, Wilde is highlighting how Dorian’s identity is becoming more aligned with the ideals of beauty and youth and how he is going so far as to suppress the truth of his actions – reject his reality –  in order to sustain his ideals.

With Dorian’s complete rejection of truth in favour of Hedonistic ideals, his sense of morality degrades as well. As Dorian strays further and further away from reality and deeper into his and Lord Henry’s ideals, Dorian’s truth becomes fragmented in the sense that his truth has been so long abandoned that even his reality has become rooted in his ideals. That is to say, that through his pursuit of ideals Dorian’s reality has morphed to reflect his ideals as well. Wilde begins to highlight Dorian’s increasing corruption through the opium dens. The opium dens are another way for Dorian to indulge his illusions because the “opium dens where one could buy oblivion, dens of horror where the memory of old sins could be destroyed by the madness of sins that were new”(182). This reflects how Dorian’s reality has started to reflect the darkness that is found within Dorian’s pursuit of Hedonistic ideals.Dorian is seeking reprieve from his undesirable reality by reinforcing his own illusions with the aid of drugs, thereby embedding his reality into his Hedonistic ideals. However, this further amplifies the conflict between his ideals and truths. In other words, Dorian is seeking “To cure the soul by means of the senses” (182). Furthermore, as Dorian pursues his ideals, his truth is ultimately lost as a result. Consequently, this results in Dorian’s confusion between what is right and what is wrong, because as Dorian’s life becomes rooted in his ideals, his truth and sense of morality are lost. Due to the toll on his own consciences, Dorian seeks to reverse the hideousness of his reality and his “soul, certainly, was sick to the death” (182), in an attempt to maintain his once innocent identity. However, Dorian lacks any identity beyond his illusions and deals, thus making it impossible for him to reconcile the conflict between his ideals and truths. Instead of taking responsibility for his actions Dorian decides to destroy his portrait so it “would kill the past, and when that was dead, he would be free [and] … at peace” (218). Dorian, however, fails to realize that his own life is connected to the portrait, so he dies in his final attempt to reverse the negative impact that one’s ideals can have on their truths. The inability to resolve the conflict between one’s ideals and truths reveals the deceptiveness of ideals and the danger of placing one’s identity under the influence of another. Dorian dies “withered, wrinkled, and loathsome of visage” (234), becoming the very thing he had wanted to avoid when he wished to remain eternally youthful.

Once Lord Henry influences the innocent  Dorian to adopt his Hedonistic ideals, at the beginning of the novel, Dorian’s sense of truth is blurred. This blurring of truth is caused by the fragmentation between one’s ideals and their reality – it becomes consistently more difficult for an individual to distinguish their reality from their ideals when these said ideals are rooted in another individual’s ideals. As an individual trades their reality and truth for someone else’s ideals and the pursuit of these ideals, their reality becomes fractured and their morality is lost. The importance of idealism and truth lies in one’s ability to balance the two. If one is capable of balancing one’s personal ideals with their reality their life is fulfilled, however, when an individual roots their ideals in that of another person’s their sense of reality and truth is lost. 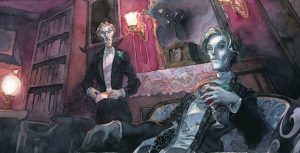 2 thoughts on “Ideals Rooted in Another – Polished Critical”