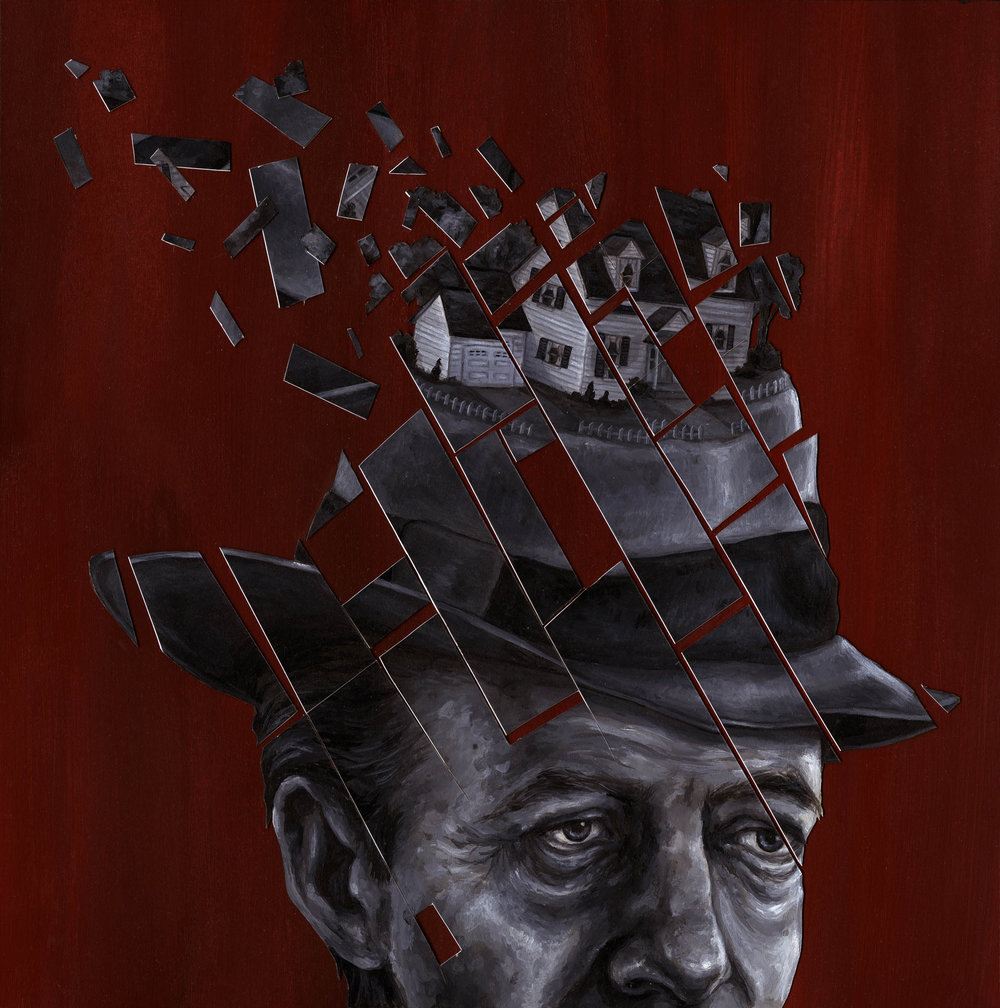 Responsibility is inarguably the quintessential factor behind the creation of one’s ideals because it is through one’s illusions that they are able to escape their responsibilities. In fact, during the early twentieth century, the American dream was the epicentre of illusions. Despite, it’s personal definitions, the American Dream often meant achieving success in all aspects of one’s life. This dream became so idealized that it was often the sole purpose in one’s life, thus causing the reflectance of one’s responsibilities. If an individual is unable to reconcile and recognize this conflict between their ideals (the American Dream)  and their responsibilities (their families), their identity – and therefore, the illusion – must be altered to meet the truth of one’s reality. This concept is evident in Arthur Miller’s Death of A Salesman as Willy Loman is incapable of being responsible for his family because of his misguided perceptions of success in the pursuit of the American Dream, thus causing the fragmentation between his ideals and realities. In other words, Death of a Salesman addresses the loss of responsibility to one’s family at the hands of pursuing an idealized American dream of success and notoriety.

Death of A Salesman takes place in the late 1940s when the concept of the American Dream was coming to fruition. As the “head” of the family, Willy Loman’s main responsibility was to be the breadwinner for the family – he was to provide for his family. Willy’s American Dream was to be successful in both his business and personal lives and his means of achieving it was by remaining responsible to his family through their financial needs. However, Willy Loman is consumed by this need to provide for his family, thus resulting in a dangerously idealized version of the American Dream. Willy’s obsession with this unattainable dream results in a loss within reality and himself as he is unable to differentiate illusion from reality as everything in his house had “an air of the dream” clinging to it (Miller 1).  As Willy strays further from reality and deeper into his illusions his ability to take responsibility for his family becomes fragmented and his “dream [is] rising out of reality” and blurring Loman’s grasp on his responsibilities (Miller 1). This is further exemplified when Willy is unable to remain in control of his car because every five minutes he’s “dreaming again” (Miller 3). It is as if his tether to reality is fraying as a result of his dreaming, which causes him to neglect his responsibilities because he is unable to be a successful salesman, therefore provide for his family if he is stuck dreaming and idealizing his past.

Willy struggles to differentiate memories of the past with the events of the present, thus causing a disconnect between Willy’s reality and his past. According to Willy, the glory of past events should be precursors to the reality of the present, thus proving itself to be another illusion. In other words, because Willy recollects such wonderful memories of order and success, these qualities should still exist for him in the present. For example, Willy believes he should be recognized and respected at work because he established the company throughout New England and named his own boss. He is not respected, however, because he has lost the ability to sell merchandise effectively. In other words, Willy has not been able to remain responsible and accountable towards his job and is at risk of losing his main pain purpose in life – to be the breadwinner for his family. What Willy considers to be meaningful, like past memories and one’s previous reputation, mean nothing in the new society dominated by the youthfulness of individuals like Howard.  The reason, however, behind why Willy tries to maintain the guise of success is as to not disappoint his sons who admire him. He wants the best for Biff and Happy; deep down, he hopes that their lives will be better than his, thus demonstrating Willy’s attempts at remaining responsible for his actions for the sake of his family. Biff and Happy hold their father to impossibly high standards, and he tries his best to live up to them. This causes Willy to deny the painful reality that he has not achieved anything of real value, further causing Willy to retreat into his ideals. Consequently, this causes Willy to neglect the responsibility he has to his family – that of being a salesman and supporting his family. Unfortunately, Willy further neglects his responsibilities by dreaming of his past glory – moments in time where it seemed like he has achieved the American Dream, which further causes fragmentation within his mind.

When the harsh light of reality hits an individual consumed by dreams, they are forced to understand their inability to take responsibility for others, which destroys their idealism and shatters their identity. Willy attempts to cope with his reality by escaping into his ideals, however, when he is no longer able to take responsibility for his family, his reality breaks through the glass wall of his idealism and destroys his identity. Biff, the epitome of Willy’s American Dream and idealism, shatters Willy’s idealism by revealing Willy’s inability to attain the American Dream and therefore the responsibility he has towards his family through this quote: “I’m a dime a dozen, and so are you!” (Miller 102). Instead of maintaining the ideals Willy had woven, Biff tore them down in a swoop of reality. However, instead of recognizing his reality, Willy escapes further into his ideals in an attempt to attain some semblance of his American Dream – he “needs something in the ground”, which refers to his need to leave a legacy behind. Biff took away Willy’s means of-of taking responsibility for others, thus ripping Willy’s purpose in life and the dream he oh so cherished. An inability to take responsibility results in the disintegration of illusions, and a brutal confrontation with reality. It is clear that Willy knows his life is coming to an end when he has a conversation with his brother, Ben, who he hasn’t seen in years. This hallucination is so vivid that it blurs into Willy’s conversations with both Linda and Biff, who are trying to bring him back into the real world. Willy has no way of differentiating between the two worlds, and the only way out of his failures and broken dreams is through the certainty of death. When Willy’s ability to take responsibility for others was taken from his grasp, so were his dreams and ideals. At his funeral, readers are able to finally understand the reality which Willy was running from, it was one with no prosperity and no real admiration – no hope for achieving the American Dream.

Once Willy Loman rejects his responsibilities in favour of a life rooted in dreams and idealistic illusions, his sense of truth and recognition of reality is blurred. This blurring of truth is caused by the fragmentation between one’s ideals and their reality – it becomes consistently more difficult for an individual to remain responsible for others, in Willy’s case – his family, when one’s ideals are rooted in the unattainable American Dream. As an individual loses their responsibility for the pursuit of a life littered with success and notoriety, their identity is shattered as are their ideals. The importance of taking responsibility lies in one’s ability to balance their ideals with their reality. If one is capable of balancing one’s personal ideals with their reality, their life is fulfilled and there is the hope of attaining the American Dream, however, when an individual’s ideals are rooted in illusion and reality is forgotten, responsibility is fruitless.