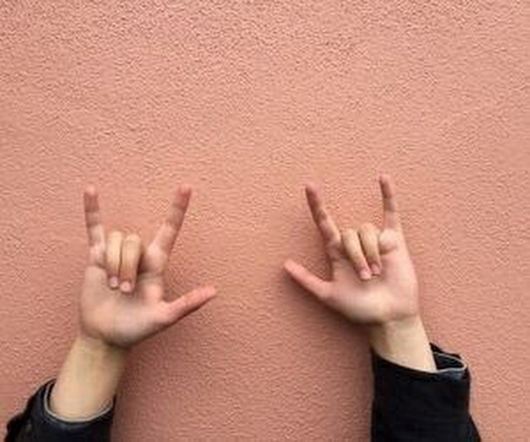 Prompt: Discuss the ideas developed by the text creator in your chosen text about the ways in which individuals struggle to restore honour and certainty to their lives.

An antagonist often correlates directly with a classical villain – deceitful, manipulative, and power-hungry. As a society we tend to disregard that they too, struggle with being human; this struggle sends them into a spiral to restore honour to one’s name and certainty to one’s future. William Shakespeare’s works are a delicate example of this; in the fictional tragedy Hamlet, the main antagonist Claudius is a complex character, he lacks the predictability and emotions of a classical villain for he takes responsibility for his actions. Throughout the novel, the protagonist Hamlet, describes his uncle as a man who is cunning, lacks morals, and is highly manipulative, however, by labeling Claudius with these offensive phrases, it is hard for Claudius to escape these prejudices. In addition, one could argue that Hamlet is less of a hero than Claudius. Claudius chooses to own up to his actions; as opposed to Hamlet who is indecisive which ultimately and shamefully causes the “death of six innocent people”. Therefore, in  Hamlet, William Shakespeare asserts that one may be viewed with a negative connotation from previous implications, but even through the endeavour for an individual to gain redemption and ones existing redeeming qualities to move forward, these actions are not forgiven.

In moments where an individual has a blaze of certainty through acting upon ambition, it is hard for one to distinguish the future and the impact the event can hold later on; thus, neglecting their desire to gain honour and certainty. After Claudius kills his brother the late Hamlet, he reveals his mental state and reasoning by proclaiming it was for the sake of, “My crown, my own ambition, and my queen” (Shakespeare, 3.3.54-56). During his soliloquy in act three, Claudius recognizes that his “offense is rank” and “smells to heaven”; he truly reflects back on his crime and realize what horror he’s committed. During his prayer, he comes to the conclusion that since he is “still possessed/Of those effects for which I (he) did the murder”, he can not make amends with God for the fear of losing what he has gained; he is willing to endure the consequences of his actions. This scene shows how headstrong Claudius is; willing to face head on his consequences and not willing to let go the sacrifices he made. Initially, not asking for redemption or certainty, as long as he can maintain the rewards. In turn, this action to willingly choose a destructive route to reap the benefits of his action will narrow an individual’s path to restoring honour and certainty.

No matter how “unnatural”, Gertrude and Claudius were in love; this showed that Claudius was not void of emotion, rather, her was able to love back; however, this contributed towards Claudius failed attempts at restoring his honour and certainty. At the end of Act 4, Claudius explains to Laertes,

The Queen his mother

Lives almost by his looks, and for myself,

My virtue or my plague, be it either which,

She’s so conjunctive to my life and soul

That as the star moves not but in his sphere,

In this scene, Laertes had asked Claudius the reason as to which Claudius has not yet arrested Hamlet for the crime against Polonius. Claudius proceeds to tell him of two main reasons, one of the very reason is because Getude loves her son and Claudius loves Gertrude, to do this act would be a betrayal to her love. By using phrases such as “conjunctive to my life and soul” and “as the star moves not but in his sphere”, Claudius establishes his need for her; by using phrases that are dependent and reliant on each other, such as a life and soul, he solidified how interconnected and in love they are. Through Gertrude and Claudius’s romance, Claudius was on a small step towards redemption; Gertrude was in no way a barrier, instead she acted like a catalyst towards Claudius for she broke down his appearance and allowed his reality to shine through.

Claudius had treated Ophelia with tremendous amount of kindness and sympathy; this is what Hamlet had lacked to show; yet another example as to Claudius’s human quality. In Act 4, after Polonius’s death, Ophelia was heartbroken and devastated, after leaving the scene, Claudius speaks about his sympathy for the “poor” Ophelia:

Oh, this is the poison of deep grief. It springs

All from her father’s death, and now behold!

When sorrows come, they come not single spies

But in battalions. First, her father slain.

Next, your son gone, and he most violent author

Of his own just remove. The people muddied,

Thick, and unwholesome in their thoughts and whispers

For good Polonius’ death, and we have done but greenly

In hugger-mugger to inter him. Poor Ophelia

Divided from herself and her fair judgment,

In this monologue,  Claudius expresses his sorrow towards Polonius’s death and how Ophelia had to cope with it alone, “Oh, this is the poison of deep grief. It springs/All from her father’s death, and now behold!” Later on, he addresses Gertrude about how darkness and bad news comes in “battalions” meaning that grief does not come one at a time, however it comes in waves and like an army, all at once. He then continues on about the atrocities as in how first her father was “slain” and then right after, her brother taken away. Concluding his monologue by pointing out the thief that robbed Ophelia of her own memory. It can be seen through this monologue, Claudius does indeed feel pity and sorrow towards other people’s emotions. This proves to be contrary to others high held perceptions to his “villainy”; the very title that degrades his nature. Moreover, it shows that just because an individual had committed a inhumane action, it does not mean they are incapable of feeling sympathy and sorrow, the title that we, as readers, previously place upon a villain.

Tormented by his own emotions as a result of his hideous action against his brother, Claudius struggles to establish an honorable title in others eyes, this is due to the limited knowledge others have of him. Accordingly, Claudius has many instances of  empathy, sorrow, and sympathy; from his willingness to accept the punishments of his action, Gertrude’s proving love towards him, to his sympathy for Ophelia’s misery, it can be shown that he truly is a human with qualified emotions. What makes Claudius is a villain is that he is portrayed as wrong in every action he does and it is hard for readers to distinguish this apart from his human nature, because the moment one sees another in a specific matter, it is hard to revision the image for we ourselves are afraid of change. There is simply no reason to hate Claudius for if it were not his dark presence, you would not see Hamlets light; these two characters sustain a balance between light and dark. For one without the other would cease to exist.