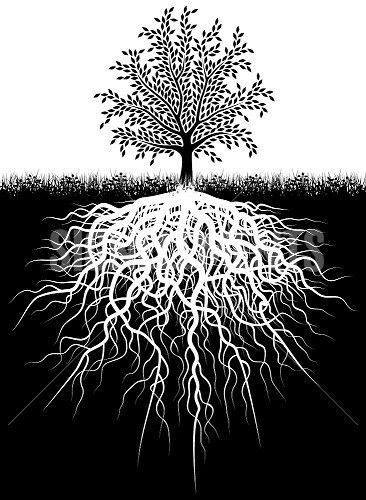 The Necessity of Truth as a Binding Element

The foundation of truth is what humanity has based itself on since the beginning of civilization. Truth’s nature is that of roots that binds mankind into a secure place in the universe and gives individuals a sense of who they are. Yet, when the truth is distorted and diluted, those fastening roots become untethered and an individual becomes unstable; seeking any outlet that may once again tether them back to certainty, and possibly placing many things in jeopardy in an impossible quest to revert the present back into the past. Such is the story Shakespeare’s Hamlet. Hamlet is the prince of Denmark who has been thrown into a loop of confusion and betrayal after his mother’s remarriage to his father’s killer, feeling that no individual in the court bears any semblance of remorse or sadness of the events that had previously occurred Hamlet severs all trust to those around him and seeks to right all the wrongs in his family by himself; restoring honour where it was robbed. Though the repercussions of his actions are ultimately what turn the story into a tragedy. Shakespeare argues in his play Hamlet that when a sensitive individual is exposed to many life altering circumstances they may find themselves in a vicious cycle of both uncertainty and confusion: developing a skewed perception of truth and a break in character. Consequently, they will begin to doubt their reality and begin acting in unusual ways that they believe will bring certainty.

Hamlet has come home to Denmark to learn of a few life changing events: his father’s death and mother’s marriage to the man who may have killed his father. He sees the injustice and unfairness in such events for a man of whom he had held such high esteem and his passion seeks to restore his father’s honour and his quest for answers begins. The occurrence of such events in the order in which they had had sent Hamlet into a state of perpetual confusion and shock; thus his trust for even close family members had died with his father. So arises the fog of uncertainty that would cloud Hamlet’s perception of family would become skewed and for the remainder of the play, as he sees himself as they only individual that cares for the state of the leadership of Denmark. This inspires him to adopt a face of insanity that will draw sympathy from people rather than suspicion, in which his guise may allow him to delve deeper into the minds of those he suspects in order to unveil the answers he seeks. This is important due to the fact that Hamlet needs motivation to keep himself actively shaping his future while preventing one that he would deem unpleasant. His quest for answers becomes something like a thirst, and he seeks any and every outlet to gain information which might offer clarity. These are the traits that define Hamlet and these are the traits that make him an intelligent hero; his passion has reason guiding it and he is handling the situation with much clarity that other Shakespearean heroes lack in comparison; his realization of when it is the time to think vs the time to act is what gives him the upper hand in this game of wits that he and Claudius subtly play throughout the story. In a figurative sense Hamlet plays this game rather wisely by keeping things closer to his chest until he gains a better hand; the certainty and validation to exact his retribution on those who deserve it.

Of course being the intelligent individual that Hamlet is, taking the words of a ghost for face value is a foolhardy idea, especially at a time when he knows no one to confide to or trust with his thoughts and feelings. However, he does not entirely rule out the possibility that the ghost may be telling him the truth either and rather than trusting blindly in one side over the other he takes matters into his own hands and creates plans in which he would catch the ‘conscience of the king’. This is why Hamlet chooses to cast the ‘Murder of Gonzago” as the plot of the story is described to be accurate to Claudius’ crime. He hopes to have Claudius reflect on the murder the ghost accused him of and observe his conscience to determine the guilty party which would in turn grant him a sense of certainty on which he could take decisive action upon. This is where Hamlet’s intelligence and cleverness rewards him as he finds out the truth behind his father’s death. His realization of the truth is a pivotal point in the development of Hamlet’s character, prior to this his anger had primarily been fiery and he had lashed out at all directions without purpose, just for the sake of venting. Yet after the Murder of Gonzago his anger remain but it is different; rather than a fiery anger it becomes ice cold, with clarity and purpose. The most dangerous type of rage is that with a resolve. Hamlet finally finds the will and the motivation to act that he had been lacking for the past two acts of the story, yet he still acts indecisively when he catches the King’s confession. In order to restore the honour of his father Hamlet must dishonour Claudius, for he is traitor and must be dealt like one; therefore killing the king at a time when he seeks the light of god would be Hamlet liberating him from his guilt, and so he must be murdered when he acts in ways that would make God frown upon.

Fueled by his singular hatred of Claudius Hamlet loses a sense of poise rationality and replaces it with passion and spite which largely costs him the favour of the court in Denmark. In an angry conversation with his mother on the deeds of her new husband and herself Hamlet stabs Polonius, an innocent, believing him to be Claudius committing the sin that he wanted him to. Hamlet has achieved the point of no return because prior to him murdering Polonius it was thought largely that his insanity was feigned, yet that comes into question now. His apparent lack of remorse for the murder he had just committed of a victim that he had not intended to kill had raised a great concern for the court of Denmark; Hamlet is a threat to the safety of his family and therefore it would be best for all if he were to leave Denmark. This presents Claudius an excellent opportunity to eliminate the largest threat to his rule as he could discreetly send Hamlet to his death without raising suspicion.Though this attempt fails on Hamlet’s life he is sent on an educational journey of self-reflection. He observes Fortinbras, Denmark’s primary enemy, but more importantly a prince with a murdered father; both with a vendetta, yet only one with the courage to act on it and make progress and actively restore the honour of a deceased father. This observation of fortinbras deeply impacts Hamlet on an personal level as he begins to question a man and a future leader. He develops a sense of decisiveness to which he seeks to take active control over his destiny and shape it himself, instead of letting fate decide what course his life should take. He resigns living a life of regrets as that enables him to move on and make progress as regret feeds into depression and demoralizes and individual. His resolve now solidified he is ready to face his enemy head on and finish what he had started. It is this resolve that allows Hamlet to kill Claudius at his most dishonourable and expose him for the man that he truly is.

Shakespeare argues in his play Hamlet that when a sensitive individual is exposed to many harsh life-changing events they are susceptible to weakness in character and resolve, consequently are unable to make wise decisions, losing the ability to navigate through their lives and live with regrets, acting in unusual ways to restore a sense of clarity. This is essentially the story of Hamlet, as the reader bears witness to an individual’s vendetta tear themselves, and others that they love apart in the storm of a distorted truth. Hamlet loses faith in his family as he sees them to be inconsiderate of the affairs that should be tearing them apart and causing repercussions, but instead they all appear to have accepted the reality of a marriage to a widow to her dead husband’s brother. The unacceptable chain of events and the lack of respect have dishonoured many in the state of Denmark, leaving Hamlet frustrated and desiring for the truth behind the motivations of those who have created this new reality. This is what Shakespeare argues to be the importance of the truth as an anchor in the lives of individuals. As it is irrefutable it should be something that many may rest their serenity on, however when corrupted it untethers the sense of security that one needs in order to go about life and hinders their ability to navigate through events with a clear mind.

One thought on “Polished Hamlet Critical”