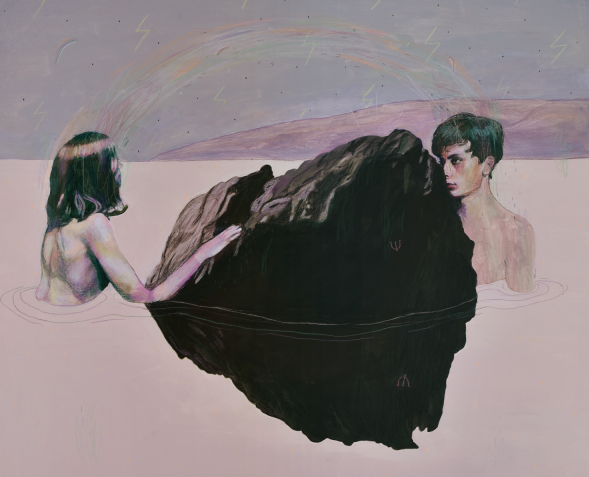 you and I are the same.

Pouring love down the throats

of men who spit our nectar back at us,

Licking their plates of affection clean

trying to taste something other

We wear white because our lovers

used to call us angel

to try and fill ourselves with something

to not feel so empty

Stuffing flowers down into our lungs so

maybe we can catch a whiff of what it feels

Clawing at closed doors and willing them to open

(Sliding poetry underneath them when they

Floating on our backs in rivers because

Glowing with such ardour and beauty that everyone

sees us as stars with galaxies in our eyes

I don’t think they realized that stars

just as we are

We were lost long before our bodies were

Breathless with a heartbeat,

No pulse but somehow still love to give

Lusting after destruction because

it’s all we’ve ever known,

(Destroying ourselves in the end because

we learn by example)

Reading road maps with no sense of direction

Kissing petals and hiding rosemary for

we have learnt that loveliness is really a curse

Singing to ourselves because

someone should have the pleasure of

even if the words are not our own

I see you every time a boy calls my mouth pretty

and then asks me to close it

I see you every time I want to say

and choose to leave instead

I see you whenever I wake up with the imprint

of a body next to me and pretend to have

no recollection of the night before

because I was too deluded to think straight

and too broken to bear the truth

I feel you in my bones when I pry

desire ridden fingers off my legs

Hear you humming in my ear at night when I dream

that the ocean has swallowed me whole and

I don’t know whether to be afraid

Crave your presence when nobody understands

the enigma that is my mind

I think perhaps our souls are sisters

but even my love for you is unrequited

And though I wish it wasn’t the truth,

you and I are the same.

This poem was a culmination of my feelings and emotions while reading Hamlet and studying the character of Ophelia. It is only recently that I have discovered our similarities. I think I used to be very much like Ophelia. And though I have changed and evolved, the idea of destruction is still seductive to me, and I haven’t quite figured out why.

Through a woman’s perspective, Ophelia’s sexuality has always intrigued me. I could never figure out whether or not she had given herself to Hamlet, and after reading far too much on the subject, my interpretation is that she had. I think part of her madness was this relentless battle in balancing her pure image while trying to appease the men around her, especially Hamlet. She was almost living vicariously through their perceptions of her, which were so often conflicting and filled with uncertainty.

I see myself in her far more than I’d like to admit. There is such a parallel between loving and accepting her character and starting to love and accept myself for all my failures and all my mistakes, especially romantically.

2 thoughts on “Lust for Destruction”