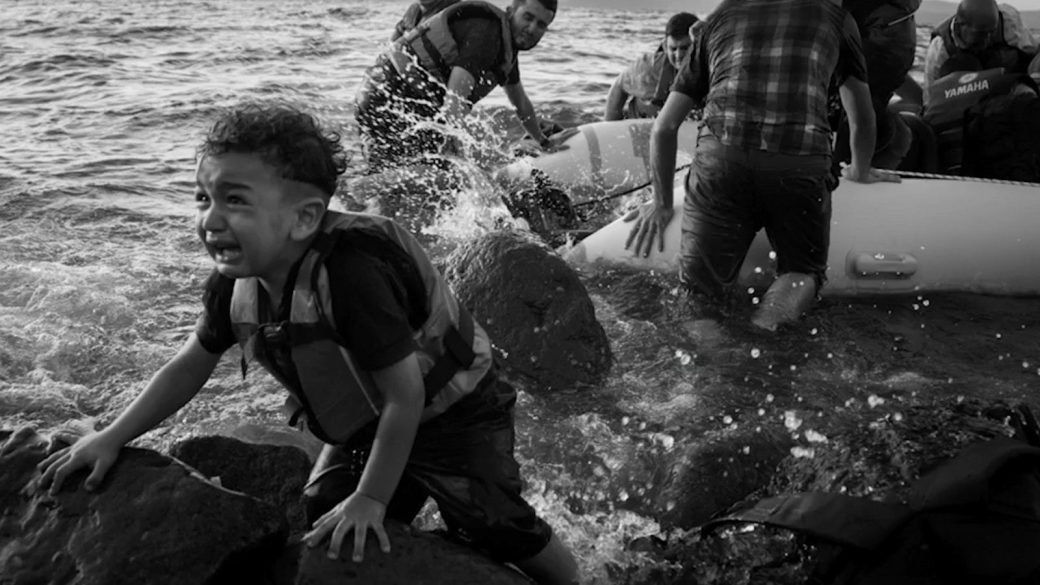 It’s late summer and the red death of leaves

flow through the wide city streets.

It welcomes the thick smell of

the October night. And

I try to find faces in the red –

the faces of the children

in the blood that flows from

the bodies that sweep across the ocean

and my television screen –

It’s late summer and the red death of

the children’s blood flow through

But underneath the trembling stars

We soon forget the child

that washed up on the shore

in a red t-shirt.

We soon forget him because

he doesn’t seem to

We soon forget because

the taste of empty.

We learn to hate the bodies that come across

our t.v screens – but we still

It’s late summer and the red death of leaves

seem to mix with the children’s blood

that flow through the wide city streets.

But no one seems to care. 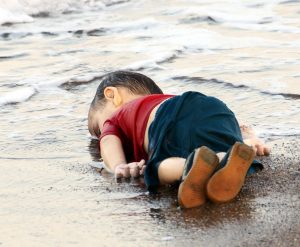 The refugee crisis is real, it is happening as we speak. Over five million people have been forced to leave their homes because of extenuating circumstances. But I can count, on one hand, how many people I have heard speaking about the Syrian Refugee Crisis. As society’s in first world countries become more and more advanced and more and more exposed and desensitized to violence, more and more helpless individuals are put at risk. Every time we flip past the 6 o’clock news and just skim the headlines another child falls off the edge of a boat and washes on shore – dead.

We have grown accustomed to the blood that stains our hands and seeps into our shoes.

I understand that the bodies that cross our screen may shock us, but that is the point. The photos are supposed t0 shock us back into reality, but the problem is that we aren’t paying attention. We are just mindlessly scrolling through our endless amount of screens – watching dumb cat videos. Now and again, a photo of a young boy wearing a red t-shirt may cross the screen, but we ignore it. We ignore it because that’s just “old news”.

We have grown accustomed to the blood that stains our hands and seeps into our shoes.

The Refugee Crisis demands attention that is simply ignored. If you care about the future of our globe take the time to read the articles and understand just what’s going on around the world. Awareness is power.