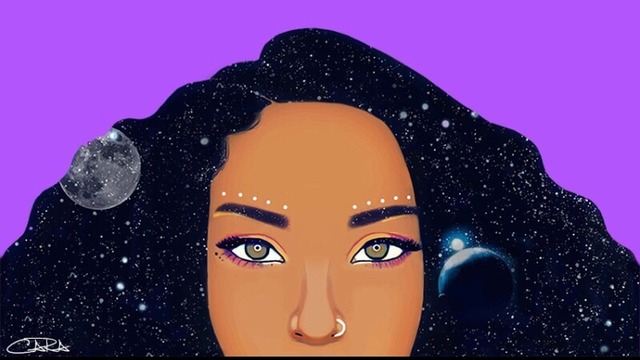 I don’t really have a favourite

Explore the wonders that

I have yet to see

But this is the mindset of a child

And unwilling to conform

But I am not a child

I grew up too fast

And matured too quickly

I wear a smile

Accentuating all the best parts me

And keeping the rest hidden

The bars of a cell

Refusing to let out the Serpent

A tongue dripping in

The wonders of God’s reflection

Kept secret for so long

That I forgot to look

Forgot I was made in

Beauty lingering at my

Stolen by a World

That could not comprehend

That the gold in my skin

Carries with it the allure of

I adorn myself in Rose

Worn as a necessity

The horrors of the world

That I refuse to accept

My world is stained in hues of

For I know no other way

To see the world as it is not

And softer than the scent of rain

For if I were to experience the

Whilst waging this war

Between this Serpent and God 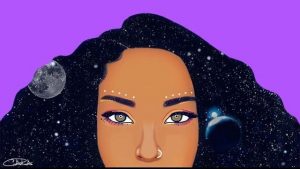 I was faced with quite a bit of confliction (pun intended) when I considered posting this without an explanation. There is just so much of myself residing within the lines of this poem that I feel like I have to justify my every word – I wouldn’t want you to get the wrong idea of who I am. Whilst presenting I attempted to get through my explanations, as planned, but making people laugh is so much easier and more enjoyable than having them listen to your truth. To be quite honest, I was just being nervous the humour (for lack of better word) sort of came about as a coping method. Anyhow, the past is in the past, I can’t change it now. I shall try again.

“I don’t really have a favourite/ Anything”:

These lines refers to my curiosity and constant desire to continue to learning. Further, the title of “favourite” brings with it a sense of finality that I am just not quite ready to accept yet.

The second and third stanzas refer to the fact that I felt like I had to mature very quickly in order to gain any sort of respect from adults. Being an old soul* I felt like I always had to prove myself to people older than me as I craved their approval, sometimes even more so than that of my peers. The best way I saw to do this was by acting like them and being mature and before I knew what happened I gave up the carefree joys of childhood and was acting a few years too old for my age.

“Eager to adapt/ I wear a smile/ Like my favourite string of pearls”:

The first line refers to my need to be as mature as possible, thus, I adapted – refer to above paragraph. The second and third line are meant as a sort of jab at the adult world and their phoniness**. A lot of adults wear smiles to fit in at cocktail parties and things of that nature, even if they’re unhappy; as a result, I felt the need, in my younger days, to imitate this behaviour in order to spare others the burden of how I felt. If I’ve learned anything by watching for so long It’d be that even though it is easier to wear a fake smile you are doing no one any good by pretending to be a-okay. Further, pearls, to me, are the quintessences of mid ’30s adulting – I’m thinking Hepburn, so I thought I’d put that in there.

“Refusing to let out the Serpent/ That lies inside”:

The “Serpent” is Biblical imagery of the devil and reference to how harsh of a person I can be sometimes – I don’t like that side of myself very much either.

“Milk and honey/ The wonders of God’s reflection”:

More biblical allusions! “Milk and honey” refers to the promise land that was promised to Abraham and “God’s reflection” refers to the fact that I, like everyone, was made in the image of God. This entire stanza, but specifically these lines, are about the points in my life where I forgot my worth and felt like I had none. Happy to inform, this is not true!

“Beauty lingering at my/ Finger tips”:

This is a reference to the revelation that I am worth something briefly discussed above. The rest of the stanza discusses me coming to terms with the fact that even though I know that I am pretty great, the rest of the world doesn’t necessarily agree.

“Prettier in pink/ I adorn myself in Rose/ Coloured Lenses”:

I am a very optimistic person thus the whole rose coloured lenses bit. Further, the word choice of adorn felt regal and I liked that, so I kept it.

“It is romantic/ To see the world as it is not/ Dripping in rose water/ And softer than the scent of rain”:

This is one of my favourite stanzas in this poem as it encapsulates the abhorrent conflict going on inside of me as I am exemplifying the beauty I see in the world which isn’t really there – so much duality! Also, I’m a hopeless romantic but I didn’t really want to write a poem about my hopeless love life so I sneakily put it in by using a pun on the word romantic. In this context it refers to idealism more so than my loneliness***, which was a far better fit.

Life is very bloody difficult to handle some days! Though I do have tough skin (as sensitive as I may seem), I really do think I’d fall apart if I were to be enlightened on all the horrors that go on in the world around me. This is not to say that I am ignorant; rather, I know my limits.

“Whilst waging this war

Between this Serpent and God

These last lines relate, yet again, to my conflict with secularism and spirituality as I know that I cannot conform to societal norms and be the Christian I want to be, and vise versa. The imagery of war was to say that I am the battlefield of all of my conflicts, not just that of my faith, as I don’t really get a say. I am just trampled under the weight of it all. I’ve soaked up the blood and sweat from the battle for so long that I don’t really know which part was there from the beginning and which was not. I lose parts of me every day that these very conflicting wars occur and I have yet to resolve how to overcome it. The fact of the matter is as long as I try to meld two parts of myself that are seemingly contradictory I will end up being both while being neither. 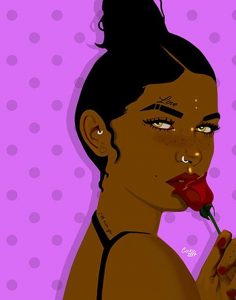 *I realize that I use the term a lot but it is only because I truly do associate greatly with it. Here’s a lil’ video about it, do with it what you will: https://www.youtube.com/watch?v=-XSJPpBgduM

***I’m not actually lonely, please, do not be concerned.

Side note: Psych2Go is a great channel that I found a few months ago and when I found this video I was really able to relate. Along with that, they have a lot of videos discussing mental wellness – I recommend those also.