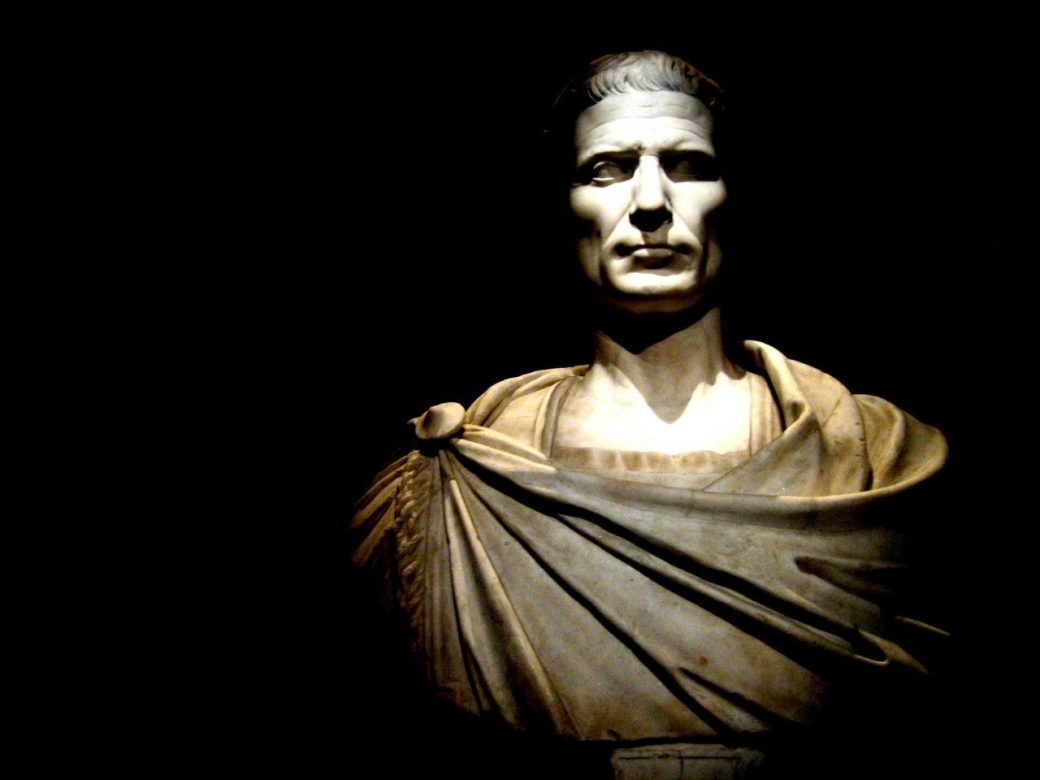 Having never read Julius Caesar, I was delighted at the opportunity to see the piece as it was meant to be seen- as a play. I went into it with the expectation that it was going to be amazing, that it was going to be a very professional, very immersive experience, in line with every other Vertigo play I have had the privilege of seeing. And on that note, I wasn’t disappointed. It was a very well done production, and aside from a few slip ups from some of the actors, and some relatively disappointing blood effects, I enjoyed both acts and I had respect for the superb performance of the cast. The casting of Caesar I must admit I questioned at first, but when it came to actually seeing his performance, I must concede that it was one of the best of the cast. The actors guttural take on the character made his performance seem down to earth, yet made the character seem almost cartoonish pompous all the same, and it was truly a sight to behold. Aside from that, I can’t honestly draw anything else of substance from my recollection of the performance. That being said, I would like to analyze the rhetoric of Antony’s speech during the funeral scene. So without further ado, here’s the essay I’ve spent the past three hours writing.

In the play Julius Caesar, Brutus and Antony, two of Caesar’s close friends, one of whom was at this point responsible for conspiring against him and ultimately killing him, present speeches at Caesars funeral. During the funeral, Brutus, the man responsible for killing Caesar, fights to gain the trust and the empathy of the people of Rome attending Caesar’s funeral, while Antony, having been allowed to speak on the behalf of Caesar, argues for the injustice tha­­­t was Caesars killing. Ultimately, Antony wins over the favor of the people of Rome with well-placed repetition and effective refutation of Brutus’s rhetoric, and manages to not only negate Brutus’ speech entirely, but also turns the people of Rome against Brutus entirely.

Antony’s refutation of Brutus’s claim that Julius Caesar ambition was dangerous, and left them no choice but to kill him, is done expertly through well timed repetition and a good understanding of the audience he was speaking too. Every time Brutus’s argument is repeated, it was presented as weaker and more illogical. At the beginning of Antony’s speech, he says:  “The noble Brutus Hath told you Caesar was ambitious: If it were so, it was a grievous fault, and grievously hath Caesar answered it.” By beginning his speech with this statement, he not only acknowledges the crowds respect for the noble Brutus and his words, but also offers no refutation nor any real sign of dissent for them up front. Antony suggests, but never explicitly states that maybe Caesar had become too ambitious, and if so, his death would have been a rightful consequence. In doing this, Antony never clearly joins one side or the other, and forces the audience to actually listen to the words Antony speaks rather than compare them directly to those of Brutus’. Had Antony begun with criticizing Brutus’s points, he would have lost the favour of a large part of the audience, and his speech would have never had the impact that it did.  After successfully slipping past the crowd’s defense, Antony begins his subtle yet devastating refutation of Brutus’ logic. He begins with an appeal to emotion with his first repetition, which is spoken; “He was my friend, faithful and just to me: But Brutus says he was ambitious; And Brutus is an honourable man.” His first repetition of the phrase serves to set up what is to come. It presents Antony’s personal experiences with Caesar, and how he was kind to him, and lays out the clear bias he has in favour of Caesar to the audience in a way so subtle that the crowd slowly starts to adopt those biases themselves by the time the second repetition comes around.

His second repetition seems to appeal less to the favour of Caesar, and more directly against that of Brutus’s. Antony presents the second repetition like so; “He hath brought many captives home to Rome whose ransoms did the general coffers fill: Did this in Caesar seem ambitious? When that the poor have cried, Caesar hath wept: Ambition should be made of sterner stuff: Yet Brutus says he was ambitious; And Brutus is an honourable man.” Antony, in this instance contrary to his first repetition, speaks against both Caesar’s character and against Brutus’s rhetoric. To bring home captives whose ransoms did the general coffers fill (made the city wealthy) would seem to be a very low and quite trite thing for someone who is to be described as “ambitious”. Antony acknowledges this breach in logic with the very next line, “Did this in Caesar seem ambitious?”, and in the next breath, opens another breach in Brutus’s logic. The line ’When the poor hath cried, Caesar hath wept” essentially stated that Caesar was a man of the people, and he had nothing but the best intentions in mind for the people of Rome. And with that, he answers his own question in the next line. “Ambition should be made of sterner stuff.” And with that, Antony paints Caesar as an innocent victim. In this context “sterner” can be interpreted as “harsher” or “stronger”, and in this, implies that Caesar- using prisoners to gain wealth, and empathizing with the poor-folk- is too weak to be ambitious, and that he could not possibly be enough of a threat to the people of Rome to merit his murder. By the time the lines “Yet Brutus says he was ambitious; And Brutus is an honourable man.” come around for the second time, Antony has successfully negated a majority of the impact that Brutus’s speech has had on the crowd, and made them question the merit of Caesars murder, and further nullifies the validity of Brutus being an “honorable man”.

The third and final repetition of Brutus’s rhetoric reads as follows; “You all did see that on the Lupercal I thrice presented him a kingly crown, Which he did thrice refuse: was this ambition? Yet Brutus says he was ambitious; And, sure, he is an honourable man.” and serves not only to directly disprove Brutus’s claim that Caesar is ambitious, but also to demonstrate Antony’s understanding of how to manipulate people and how to effectively deliver rhetoric. This is, or can at least be argued, objectively the clearest and strongest argument against Caesar being ambitious. What sort of person who can be described as ambitious, refuses an offering of such power as a “kingly crown” not once, but thrice over? Antony could have easily used this talking point as the opening to his speech, but instead of using his strongest card first, he allowed the doubt to build inside the hearts of the crowd, and when that doubt was at its peak, that was when Antony presented his strongest argument, affirming the doubts that he had built within the crowd, and thus maximizing the damage that the third and final repetition of Brutus’s rhetoric had. After this, Brutus’s rhetoric looked weaker than it ever had, and ultimately persuaded all of the crowd against Brutus.

Antony’s near flawless rhetorical riposte demonstrated not only an understanding of what appealed to the people of Rome, but also demonstrated the effectiveness of state, refute, repeat. After having presented such a strong argument against Brutus’s rhetoric, and then restating that same rhetoric right after, Antony was able to make Brutus’s justification look weak, and was able to not only win over a majority of the crowds favour, but was able to make Brutus look downright villainous, and turned the entirety of Rome against him.

4 thoughts on “Caesar at Vertigo- State, Refute, Repeat; or: How to Manipulate a Crowd”