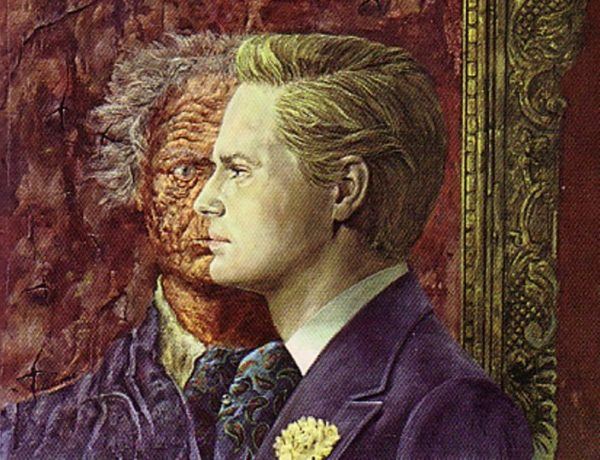 I let myself be lured into long spells of senseless and sensual ease… Tired of being on the heights, I deliberately went to the depths in search for new sensations. What the paradox was to me in that sphere of though, perversity became to me in the sphere of passion. Desire, at end, was malady, or madness, or both. I grew careless of the lives of others, I took pleasure where it pleased me, and passed on. I forgot that every little action of the common day makes or unmakes a character, and that therefore what one has done in the secret chamber one has someday to cry aloud on the housetops. I ceased to be lord over myself. I was no longer the captain of my soul, and did not know it. I allowed pleasure to dominate me. I ended in horrible disgrace.” 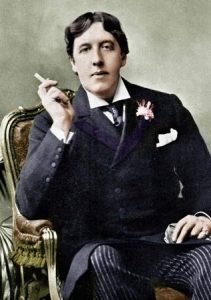 The quotation above is an excerpt taken from De Profundis, the published love letter written by Oscar Wilde during his imprisonment to his lover “Bosie” (Lord Alfred Douglas) in 1897. In comparison to his novel The Picture of Dorian Gray, one may consider his work to be the prognostication of Wilde’s “horrible disgrace”, as he was tried for homosexuality merely 5 years after the publication of the novel. The parallelism that exists between the two is uncanny, as Dorian Gray in many ways embodies the identity and fate of Oscar Wilde – a man that initially was driven by the wonders of art, however then plagued by the grips of “perversity” and “sensual ease”, and ultimately led to his own unfortunate downfall. The resemblance of two seems more than coincidental, however, was it the publication of The Picture of  Dorian Gray that acted as the catalyst for Wilde’s self discovery, or was it merely used as a ploy for Wilde to admit to such “sins”, and thus pursue the life of indulgence he already desired publicly, rather than in secret?

The likeness of Dorian Gray and Oscar Wilde is evident as within the passage, Wilde writes, “I let myself be lured into long spells of senseless and sensual ease… Tired of being on the heights, I deliberately went to the depths to search for more sensations”. Being that Oscar Wilde and Dorian Gray lived a lives driven by Hedonism, this quotation directly refers to his pursuit of pleasure in the forms of artistic expression and sexual discovery, such as Wilde’s homosexual love affair.  Wilde was never a man that lacked social status or wealth, and neither did Dorian Gray, and yet in his novel it was for that reason that Dorian was so intrigued by Lord Henry’s epigrams (which were epigrams that came from the mind of Wilde himself). This similarity between the two is clearly autobiographical, as the upbringing of the two is linked. To further prove this, when Oscar Wilde says that he was “tired of being on the heights”, that can be compared to Dorian’s boredom with his wealth and status, leading him to remaining so innocent, as if Wilde was writing about about a previous version of himself in his novel, before he too “went to the depths to search for more sensations.” In chapter 11, when Dorian dives into the many passions of life (by visiting Opium dens and orgie parties), he becomes disconnected to the the world around him and to the lives of others as he grew intoxicated with the indulgence of pleasure. This path that Dorian follows very well may have been Wilde’s way of expressing his own indulgences in such pleasure as well. Although his homosexual relationships were not publicized at the time. The “perversion that became to [him] in a sphere of passion” likely came from his own protagonist Dorian Gray, as he was able to discover such passions while writing the novel. It is clear that the initial parallels between the two stem from an autobiographical sense, as Wilde used his own hidden 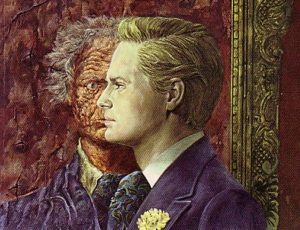 beliefs of pleasure and society, as well as his own experiences to shape Dorian’s character in the years prior to his trial. It is not clearly known whether his homosexuality surfaced before or after the writing and publication of The Picture of Dorian Gray, however it is clear that the version of himself that Wilde writes in De Profundis greatly mimics the character of Dorian that he had created.

The protagonist of his novel, Dorian Gray, also parallels Oscar Wilde greatly in the sense that the fates of the two are similar as well. This arguably causes an even greater semblance between the two as the similar fate of Oscar Wilde came after that of Dorian Gray, thus creating a prophetic quality of the novel The Picture of Dorian Gray. In a metaphorical sense, the haunting presence of the portrait in the novel (that acted as a persecutory delusion for Dorian) paralleled the fate of Wilde himself as he too was persecuted for his own crimes of Homosexuality. The cautionary feelings of guilt that Dorian had that suggest impending harm drove him to destroy his own painting, and this concept also applied to Wilde as he “let pleasure dominate [himself]” as he pursued a homosexual love affair, which led to his execution – his “horrible disgrace”. This passage provided depicts the path that Oscar Wilde was led down that introduced him to the indulgence of sin. Although we know not exactly who or what introduced him to such things, one may argue that the writing of The Picture of Dorian Gray was the influence that did so. Wilde had written himself his own version of the “yellow book”, and in a way, it was his innermost thoughts that exerted their influence on his being, much like Lord Henry did with Dorian. In De Profundis Wilde claims to have forgotten the fact that “every little action of the common days makes or unmakes the character”, which is ironic because in his own novel, it was exactly that same idea that drove the protagonist Dorian to his own doom. It can be argued then that as Wilde wrote The Picture of Dorian Gray, it was this idea that was suppressed as the theme of hedonism dominated both his writing and his own life, therefore leading to both Dorian and himself forgetting such a virtue, and creating paralleled fates between the two. Unlike Dorian however, Wilde was not able to publicize his pleasure, whereas his character Dorian could, explaining his reasoning that “what one has done in the secret chamber one has someday to cry aloud on the housetops.” Five years after, as Wilde wrote De Profundis in prison during his trial, that notion still existed, although the roles of the two were reversed; The Picture of Dorian Gray was condemned within 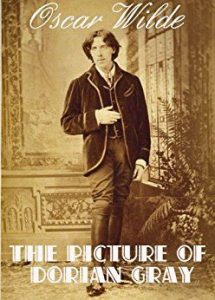 a “secret chamber” from the world due to its “immorality”, where as Wilde’s homosexuality and evidences of of his sins were “cried aloud on the housetops” of France for the public to know during his trial. Oscar mentions that during his time of enlightenment due to pleasure he “ceased to be lord of himself”, just as his character Dorian had. He claimed that he was “no longer the captain of [his] soul, and [he] did not know it.” Again, this greatly relates the already predetermined fate of Dorian Gray as he lost his soul to the portrait, and did not accept the fact until it wast too late. His own novel acts as a forecast for Wilde’s fate as his own indulgence (perhaps stemmed from the writing of his novel) led to him to a fate of “horrible disgrace” as he allowed “pleasure to dominate [himself]”, just exactly as Dorian had.

Oscar Wilde’s The Picture of Dorian Gray was in many ways written to mirror the parts of Oscar Wilde’s life that were kept secret from the world. In particular, the description of influence Dorian is exposed to greatly parallels the same of Oscar Wilde, giving his novel a clear autobiographical sense. However the novel also acts as an omen to Wilde’s future as, due to his stark resemblance to Dorian Gray, their fates ironically end up much the same.