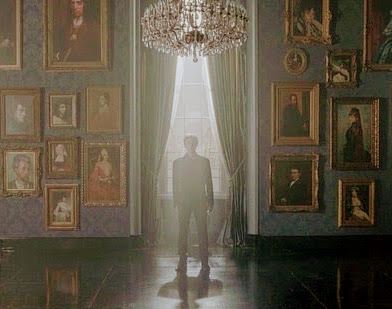 I decided to experiment and write a compare and contrast essay, comparing and contrasting Lord Henry and Dorian from, The Picture of Dorian Gray, and Victor Frankenstein and his monster from, Frankenstein. My main focus was comparing the effects Lord Henry and Victor Frankenstein’s perspectives had on Dorian and the monster ,and contrast how Lord Henry made Dorian only see the surface of his beauty rather than the ugliness of his soul and how Victor Frankenstein made the monster see only the surface of his ugliness rather than the beauty of his soul. I also touch on how The Picture of Dorian Gray  is a retelling of Frankenstein if Victor hadn’t abandoned the monster, for the lack of influence is just has dangerous as conforming to an immoral influence, as represented in these novels. My thesis states:  In Oscar Wilde’s, The Picture of Dorian Gray, a cynical aristocrat with a hedonistic perspective influences an innocent and naïve young man’s personal beliefs resulting in him transforming into a reckless and callous individual, consequently marring his soul; this compares and contrasts to Mary Shelley’s, Frankenstein, which outlines the impact of a passionate scientist’s shallow perspective on his neglected yet good-natured creature’s personal beliefs and discoveries thus igniting enmity in its soul towards society and its creator.

Within every human being there is an aspect known as “individual perspective” and its power can only truly be identified when it is unleashed and reflected by another. This effect can either be rejected or embraced; however, it is common for callow individuals to fall under the spell of another’s influence. Whenever one is exposed to society or a perspective different from their own, their personal beliefs are at risk, especially if one does not correlate with the perspective expressed to them.  In Oscar Wilde’s, The Picture of Dorian Gray, a cynical aristocrat with a hedonistic perspective influences an innocent and naïve young man’s personal beliefs resulting in him transforming into a reckless and callous individual, consequently marring his soul; this compares and contrasts to Mary Shelley’s, Frankenstein, which outlines the impact of a passionate scientist’s shallow perspective on his neglected yet good-natured creature’s personal beliefs and discoveries, thus igniting enmity in its soul towards society and its creator. Two opposite worlds crafted by different writers are still able to perfectly portray the two-dimensional means of society; represented by the relationships of Lord Henry and Dorian (The Picture of Dorian Gray), and within Frankenstein and his monster (Frankenstein). Lord Henry, who’s perspective is devoted to the ideologies of Aestheticism and Hedonism, corrupts Dorian’s innocence and frivolous personal beliefs, causing him to be obsessed with the surface of his beauty rather than feel remorse over the ugliness of his soul. This compares and contrasts to how Victor Frankenstein, who’s perspective is engrossed in self-glory and grief over the loss of his mother, instills the belief in the monster he abandoned that it is defined by the surface of its ugliness rather than the beauty and good-nature of its soul. These influences generate great conflict within the characters stated; however, society also takes a toll as the characters lash out under these constraints while attempting to adhere to the perspectives forced onto them. A more internal affect to an individual’s perspective is demonstrated in The Picture of Dorian Gray, as Dorian and his beliefs are targeted by Lord Henry’s sadistic intents to socially experiment on him.

Influence can be beneficial just as it can be destructive. To have one’s influence reflected within another person is both the expansion of one’s perspective, yet the destruction of another’s original personal beliefs, which is demonstrated by Lord Henrys’ desire to exploit Dorian’s innocence and ignorance of the world in order to broaden his own ideas. The tragedy of Dorian is the malleability of his mind and morals, and Lord Henry has distinguished this; “It was clear to him that the experimental method was the only method by which one could arrive at any scientific analysis of the passions; and certainly, Dorian Gray was a subject made to his hand, and seemed to promise rich and fruitful results…It was the passions about whose origin we deceived ourselves that tyrannized most strongly over us. Our weakest motives were those of whose nature we were conscious. It often happened that when we thought we were experimenting on others we were really experimenting on ourselves. “(Chapter 4) Often times, influence goes unnoticed; it is simply a code one unconsciously follows, a slight amendment to one’s daily lifestyle, or a warning one receives after not following the “rules”. It may not be noticeable to the conformed, but majority of the times the influencer is fully aware of the effect they are making. It is shown here, how Lord Henry is testing the limits of what someone like himself:Dorian, can do. Lord Henry’s words are more venomous than his actions so he is aware that there will be no consequence of his “experiment” at the expense of Dorian’s innocence and soul. He knows that there will be no consequence attached to his sin, for it is Dorian he is sinning through just for his own entertainment and curiosity. This perspective manipulates Dorian though making him believe he is the epitome of beauty-even better than society- which led to his personal beliefs and unworldly nature transformed into the devotion to defiant aphorisms and the desire to live a dangerously hedonistic life. Lord Henry’s influence on Dorian is rather unfortunate for Dorian never truly explores his own values and identity- it was a right stolen from him. Dorian’s soul becomes Lord Henry’s creature- an extension of himself and his perspectives. Although, Dorian does not become Lord Henry’s creation through the medium of chemistry or anatomy-no- he  becomes his creation through the art of influence and planting a seed in Dorian’s mind, capable of ripping through his naïve character and capable of  intoxicating  Dorian  to allow its roots to seep into his nature-making him Lord Henry’s experimental puppet.  Consequently, the pure Dorian becomes lost in the perversion of Hedonism and the superficial characteristics of society that pledge allegiance to Dorian’s immorality despite his horrendous soul- as long as he is maintains his beauty and meets simple etiquette. Furthermore, Dorian Gray’s worst nightmare is Frankenstein’s monster’s dream: society judging him on his soul rather than his exterior.

One’s first exposure to another’s perspective happens the moment they are born, either bettering them or spoiling them. This exposure dictates how one sees themselves and acts for majority of their life, unless, they are influenced by another force. The monster’s first slice of influence, however, was not in a word or phrase but an action: abandonment.  Lost and confused, the monster continues to discover society’s judgmental nature and can only hope that their hatred will subside when they become acquainted with its character, “I imagined that they would be disgusted, until, by my gentle demeanor and conciliating words, I should first win their favour and afterwards their love.” (Chapter 12) A creature cursed with deformities and abhorrence yet still filled with hopeful beliefs. It is a universal thought that individuals who are virtuous and kind are the highest of society-however- if they are not physically beautiful, then they are simply a convenience that others take advantage of. At this point of the novel, the monster is unaware of the state of its creator’s honest perspective of it, though when it discovers the truth of Frankenstein’s disgust; it is left mortified, “Everything is related in them which bears reference to my accursed origin; the whole detail of that series of disgusting circumstances which produced it is set in view; the minutest description of my odious and loathsome person is given, in language which painted your own horrors and rendered mine indelible. I sickened as I read. Accursed creator! Why did you form a monster so hideous that even you turned from me in disgust? God, in pity, made man beautiful and alluring, after his own image; but my form is a filthy type of yours, more horrid even from the very resemblance. Satan had his companions, fellow-devils, to admire and encourage him; but I am solitary and abhorred.”(Chapter 15)  Upon seeing his creature, Frankenstein pitied himself for having to live with such a burden on his heart; however, he did not consider the ineradicable misfortune that he had afflicted his monster with: humanity without it’s allure. The language which he “painted” the monster with  forced it to believe it is abhorred and undeserving of companionship which led to it’s transformation from being benevolent and tender to being miserable and hateful; consequently, leading the monster to be vengeful against society and Frankenstein. The monster compares itself to Satan and Frankenstein: God, as to allude to their brotherhood, yet the monster is still beneath him due to its image reflected by society confirming that it is even below Satan. God made man beautiful out of pity, whereas Frankenstein made the monster ugly out of self-glory, forgetting that it is the virtues one holds in their soul rather the skin wrapped around their being. Hence, the monster becomes a product of his disfigurement, due to the superficial aspects of society and Victor Frankenstein, rather than  his humanity and personal beliefs.

Inner conflict is attributed to a variety of different causes, though there is not a force more prominent than the conflict caused by an individual’s perspective not corresponding with one’s personal beliefs. It can be argued that one’s true, inherent nature cannot be altered; however, the influence of an individual’s perspective can easily paint over one’s personal beliefs. Just as Dorian is painted as beautiful and pure despite his wicked and repulsive soul. And just as Frankenstein’s monster is painted as hideous and evil despite his good-natured and virtuous soul. Through Lord Henry’s ambition to corrupt Dorian, he influences Dorian’s once innocent and naïve personal beliefs with his hedonistic perspective, resulting in him transforming into a reckless and callous individual, consequently marring his soul. And through Victor Frankenstein’s ambition and failure to play God, he influences the monster’s good-natured personal beliefs with his shallow perspective, thus igniting enmity in the monster’s soul towards society and its creator.  This is represented by the conflict Dorian feels between choosing to embrace his indigenous beliefs of purity or to follow Lord Henry’s perspectives and ideals. Unfortunately, Lord Henry’s ideologies have entrenched their roots into Dorian’s being; though, is does not matter what he chooses for he is beautiful and will be loved. Whereas, the monster endures conflict between choosing to pursue his personal beliefs of finding companionship in a hateful world, or to seek havoc on the very world that is unable to accept him; once again, its choice is irrelevant for its exterior is repulsive and will be abhorred. These two novels speak a shared truth: no matter the state of one’s soul, whether horrid or benevolent, the only way one is to be accepted into society, is to be visually appealing-that is all. 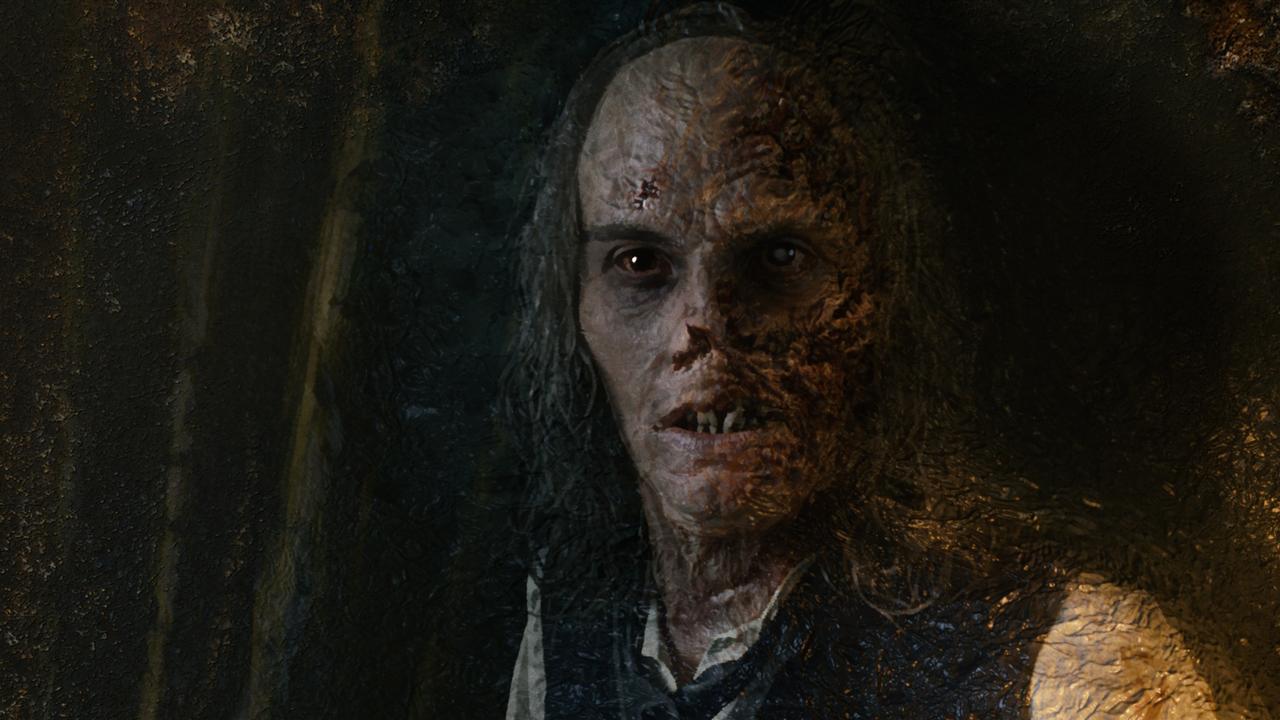 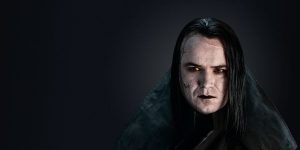