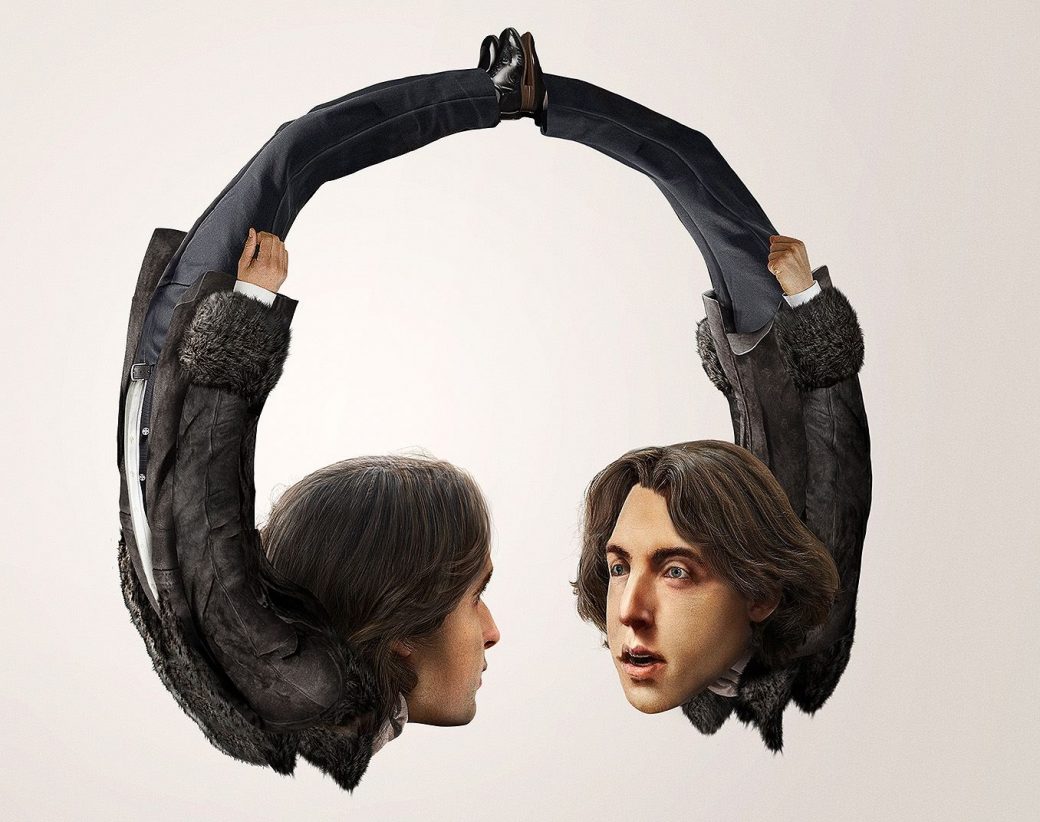 The Picture of Dorian Gray contains many autobiographical elements. In particular, the three major characters – Dorian Gray, Henry Wotton, and Basil Hallward – all reflect in different ways the character, views, and experiences of the author. Analyze these connections, describing how each major character displays an aspect of Oscar Wilde. Include details from the author’s life as well as from the novel to support your answer.

“Basil Hallward is what I think I am: Lord Henry what the world thinks me: Dorian what I would like to be—in other ages, perhaps”. This quote was the famous line uttered by Oscar Wilde regarding the publication of his one, and only, novel “The Picture of Dorian Gray”. The three main characters in the classic novel – Henry Wotton, Basil Hallward, and Dorian Gray – all display certain qualities of the author. Each quality unique from another, but all equally pressing qualities shielded away from the general public. In the philosophical novel “The Picture of Dorian Gray,” Wilde has embedded three distinct qualities from his own life experiences – appearances, kindness, and sinfulness – to weave within the three dynamic personalities. In result, producing the building blocks to the animation of these characters.

Lord Henry Wotton is perceived as shallow and manipulative, however, the word “perceived” should be noted – Oscar Wilde believes that, he too, is “perceived” wrongfully by outsiders. “There was something terribly enthralling in the exercise of influence. No other activity was like it.” (Wilde 42). Wotton appears very selfish and shallow, he chooses to believe that by using test subjects to manipulate, in this case Dorian Gray, he is able to test out his own theories in which he is too cowardly to test out himself. It is his ignorance that authorizes him towards the belief that Dorain, like himself, would only analyze the theories, not live accordingly to them – one “who speaks only immoral things yet does only moral deeds”. Oscar Wilde weaved himself into this aspect in the sense that the world outside liked to describe him as “someone who enjoys studying people” or an individual who “always seems to conjure up immoral theories, but never carrying out the action” – selfish and shallow. However, the ways in which he viewed himself was much more gentle.

Basil Hallward was the misunderstood and kind figure in the group – Oscar Wilde identified with this in the aspects of homosexuality and knowledge. Basil was shown as the brilliant, misunderstood artist who tries to be best to humanity and paints real beauty. Through Wilde’s own eyes he often criticized the society around him for he thought his views were often brilliant, although cocky, what he had observed was wise and insightful; for instance, his criticism on the society he lived in – a society in which men often lied to each other to be polite, and gossip about each other when the other was absent. Just like Basil, Wilde showed signs of homosexuality; although the signs were there, they both try to control and shield it away. Upon first seeing Dorain, “I turned halfway round and saw Dorian Gray for the first time. When our eyes met, I felt that I was growing pale. A curious sensation of terror came over me. I knew that I had come face to face with someone whose mere personality was so fascinating that, if I allowed it to do so, it would absorb my whole nature, my whole soul, my very art itself.” (Wilde 14), the reader can sense attraction from Basil towards this male figure. As Wilde sees himself as Basil, he believes he is still in control of himself, and stays on his good “side” – every now and then hinting at his attraction, never truly embracing or showcasing it. “Then I feel, Harry, that I have given away my whole soul to someone who treats it as if it were a flower to put in his coat, a bit of decoration to charm his vanity, an ornament for a summer’s day.” (Wilde 19). Basils attraction to Dorian is merely irresistible, however, he finds himself chasing after him like a schoolgirl with a crush; constantly in a losing battle with Lord Henry to seek Dorians attention. Oscar Wilde, was in a sense, in a constant losing battle with his sexuality; always chasing after men but leaving unfulfilled for lack of betterment and pleasant to society. Basil and Dorian did not show their homosexuality or sleep with men, because they lacked the means to stay hidden, being known figures in society; Basil known as a benevolent artist and Oscar being on the rise for his publications. Furthermore, this is what further motivates Wilde to please and reveal this side.

It hurt Wilde that he could not fully embrace his sexuality, and he wished he could participate in homosexual practices without changing others perception of him; this was exactly what Dorian Gray was able to do, “Dorian what I would like to be”. It seems Dorian himself was homosexual, being described as such a handsome individual, it would be likely that he grew tired of constantly seducing women, perhaps he went to look for more immoral pleasures; such as males. Although Wilde does not describe any practice of homosexuality associated with Dorian, he strongly hints Gray had relationships with more than only females. Later on, Dorian meets Basil again after ten years, Basil asks Dorian why there are “shameful rumors about him going around in the upper-class society”, and why Dorian’s friendship is so fatal to these young men; “how he brings so much shame and sorrow to the families and fathers of the young men”. This suggests Dorian seduced these young men into having sex with him after becoming intimate with them. This brings shame over the boys and their families, but does not affect Dorian as he looks just as innocent as he did before. Dorian Gray once said, “I used to be totally reckless of young lives. … I used to take up a boy, love him ‘passionately’ and then grow bored with him and take no notice of him. That is what I regret in my past life.” This quote ties in perfectly with the mindset of Dorian Gray; almost as if the death of Basil signified the death of Wilde’s pure self, because the death was by Dorian Gray – the sinful side Wilde has always wanted to be – resulted in Dorian over taking the absence of Basil. In addition, Basil was dissolved in acid, acid signifies feelings of hatred, rage, or revenge. This means that all Basil signifies – purity –  was dissolved and melted into hatred. In the end, this is what Oscar Wilde wanted for himself, and this is why he wishes to be Dorian Gray in another life; to live one without consequences for homosexuality.

In the fictional novel “The Picture of Dorian Gray,” Oscar Wilde has added three distinct qualities from his own life experiences – appearances, kindness, and sinfulness – to add depth within the three dynamic characters. The three main characters in the novel, all display certain qualities of the author. In conclusion, Lord Henry Wotton represents how others in society view Oscar. While Basil Hallward represent the ‘true’ Oscar and how he sees himself, but misunderstood to society. Dorian Gray, on the other hand, is neither how others view him or how he views himself, Dorian Gray is how he wishes to be – open and accepted for who he was. In the end, comprehending the perception of himself, his true feelings, and finally accepting himself, it is evident how these three characters are in accordance to the phases and personalities of Oscar Wilde. Almost like an extension of Wilde’s own facade, soul, and heart.

6 thoughts on “A Mirror: Oscar Wilde and His Creations”