An individual’s capacity for self-sacrifice in the face of compelling circumstances.

Focus: In the face of compelling circumstances, individuals can find an inner strength to overcome adversity through sacrificing a certain aspect of their own identity. 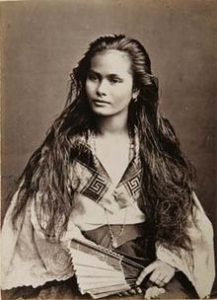 There was a strange symmetry in the lives of Man. Where the lives of those past mirrored the lives of those in the future, doomed to repeat the same mistakes over and over. But let us not speak of the future; where blood was water and the sound of bombs were the lullabies of children. Let us speak of revolution, of noble causes, and of virtuous people.

It was her desire for freedom and a certain childish defiance that tore Maria away from her quaint home and into the arms of the Katipunan – A Filipino rebel group that her parents incessantly spoke against, reverent and venomous whispers floating in the air in fear of invoking the fabled revolution to their doorstep. Her parents disliked many things: The Spanish bastards and the revolutionaries. In their eyes, they were one of the same thing, both vying for control of the Islands. Even she hesitated on calling the Islands, Philippines, for it gave power to the Spaniards who named their fair nation in honour of their monarch: King Philip II. In her naivety, Maria had asked around innocently, unaware of the dangers that came with invoking the name of Katipunan within Manila, where many “Filipino” traitors walked about. “Sir? Could you tell me where I could find the Katipunan?” She questioned innocuously, eyes trained downwards demurely. This was another thing that she hated: This… deference to the pigs of her society. Maria had heard tales of long-past where the women were honoured and cherished, pearls amid a sea of sand. It was different nowadays. The individual whom she had questioned merely pulled back, eyes wide with barely-veiled horror and shook his head.

“No, no. I do not know, Hija. I am sorry.” Before she could ask once more, the man left, the scent of cigarillo cigars lingering in the air like an afterthought. A breathy curse, thought more than whispered, curled in her mind like a snake. This was the third person she had asked, and no answer came from it.

Maria sighed lightly, hand clasping the wooden fan in a white-knuckled grip, as she turned to walk away, but was paused by the sound of someone clearing their throat. Her gaze flickered towards the man half-hidden in the shadows, the darkness making their features difficult to discern. He raised one hand, and beckoned for her to come closer. A brief moment of hesitation before she moved closer, still in hearing, but well out of his reach. The woman made no move to speak, the delicate arch telling of her question. The man said, “Go through the gate.” He gestured towards the arch, which led towards the more elite parts of town. Maria followed to where he pointed and nodded. “Do not talk to anyone nor speak of the Rebel Group here. You could’ve been killed.” The man’s voice took on a vaguely scolding tone, as if she were some errant child that had no idea of the dangers of the world around them. Admittedly, Maria still retained that certain naivete, that incomprehension that her own people would be willing to betray their countrymen, just for the sake of money. “But continue a little ways down, and you will find a cafe there. You will find that you are looking for in that cafe.” She nodded, and the man went past her, disappearing among the crowds like a spirit. Maria made a move to follow, but stopped. She did not come to Manila to follow ghosts.

Her travels then took her towards a well-known cafe, where it was rumoured that the more outspoken locals slandered the names of the Spanish. Pushing her way through the doors, Maria immediately sat herself down, staring out the window, watching people amble by, children pockmarked with scars dash with a toy horse on a stick, and the elderly with paper-thin skin smile. Absentmindedly, she listened into conversations, her hands curled into the folds of her dress.

“I’m telling you,” One gentleman murmured quietly, calloused hand pressed on the table for emphasis. “We must do something now. The Spaniards are moving down South. They already subjugated Luzon and Visayas. Mindanao is the last stronghold, who knows how long it will take until it will fall?” The gentleman pulled off his hat, pressing it against his chest with a forlorn look. “Words are naught, but wind. Action will be our decisive factor.” Maria puzzled over the words, struggling to find meaning. It was apparent that these individuals, who sat in a table next to her, were very vehement with the Spanish rule.

Another placed a calming hand on the first gentleman’s shoulder, reaching up to stroke the bristles on his upper lip. “Calm yourself, Brother. Mindanao will not fall. The Muslims are a hardy folk, they will not stand for any slight given to them by the Spanish.” He leaned back, hailing for another cup of ale. “I agree; however. We must rally the men and move swiftly. Mr. Rizal has already been exiled…” He trailed off, tracing the rim of his cup. “Perhaps we could convince the senators to stand with us? If we have their support than our forces would be multiplied tenfold.”

At this, the table flew into hysterics, a garbled mix of Spanish cusses and Tagalog mingling in the air. It took quite a few moments for the table to calm, another gentleman speaking up. He slammed a hand on the table, eyes narrowed like a snake’s, yellowed teeth flashing in an animalistic display for dominance. The snake-like gentleman hissed, voice low, Maria had to struggle to listen. “It matters not what the plan will be. I will slaughter the Spaniards, and water the ground of our glorious nation with their blood. Woman, Man, Child, I do not care. They will all die in name of the Katipunan, in the name of our beautiful country. All in the name of our nation.”

Maria stood up quietly, paid for her drink, and left. She had walked out of the cafe, the moon reaching its zenith in the sky, its iridescent glow illuminating her features. Despite the drink that she had consumed, her throat felt parched and metallic. Like she had bitten her tongue in wake of the grotesque declaration, like she could taste the blood of people within the rice that she ate that morning. Maria furrowed her eyebrows, a frown quirking her lips. This was not what she imagined. Perhaps that was her fault, her delusions of grandeur had distorted her perspectives. She had dreamt of knights, but all she got were murderers. Maria sighed lightly and went home. She was so very naive, it was almost laughable.

A few days after her outing, Maria had her first encounter of a Spanish soldier — not entirely a positive one. An elderly man, clutching a tin can filled with stew, had stumbled in fear, spilling his stew over the pristine uniform of the soldier. Maria, who was well-versed in Spanish, listened as a slew of abuse jabbed at the elder, the soldier’s bayonet raised threateningly. Without much thought, Maria flew to the elderly man’s side and pulled him up, whispering soothingly against the tears of the man. Her heart ached; for a man this aged, who had seen much of the nation, reduced to a babe? Unthinkable. Digging into her basket, Maria held up a handkerchief towards the soldier, who took it without a word. The soldier left, and Maria was left with the elder. She cradled him until the tremours stopped.

But when she went home, she started to shake as well. She had remembered the murder within his eyes, and how she was so close. However, this destitute thought did nothing more than steel her resolve. She would be gold above, but be steel within.

Eventually, her act of warding off the soldier became well-known to the point where she became to forced liaison between the soldiers and her village. She flattered, beguiled, smiled, charmed to the soldiers, forcing a demure look over her face, as she listened to them speak. Unlike others who spoke abuse, Maria spoke with a certain kindness — something that flourished under her naive nature. She was kind and gentle to all, even to those who did not deserve it. Even with the tightening hand of the Spaniards, even with the bodies piling around them, the sweltering heat of the sun causing the bodies to rot in an oppressive sweetness, Maria smiled. A secretive smile, like she knew something that everyone else didn’t. Of course, she did. She knew her countrymen would not stand for these slights, and the Spanish would fall. The men can wage their wars, but in the end, it is the women who must carry the country on their backs.

It pained her; however, to be kind to those who did not deserve kindnes. To smile, to laugh, to flatter. When all she wanted to do was to take a bayonet and stab them all through the hearts. Maria felt like a certain part of herself curled up into a small ball, shaking her head. Where was her pride for her dignity? Where was her pride for her nation? Countless times had she heard of brave men and women who risked everything they had for their country. And where was she? Catering to the whims of the Spaniards.

It didn’t take long for people to start calling her: Doña Maria – Lady Maria, an honour given to those of high status. As she grew, the people exalted her, praised her name, she soon grew to be a venerable teacher in her art.

Maria smiled bashfully, hands curling within the folds of her dress, as if within the garment held all of her secrets. The woman glanced skywards, hand raised to make a few vague hand gestures in attempts of nonverbal communication. “It is simple.” Her voice rang clearly in the open air, carrying over the wind easily, the crowd subdued. “Some believe it is great power that keeps the darkness in check, but that is not what I have found. It is the small every deeds of everyone people that keep the darkness at bay.” She smiled once again, beautifully, kindly, gently. “Small acts of kindness and love. I am kind because I am afraid, and kindness gives me courage.”