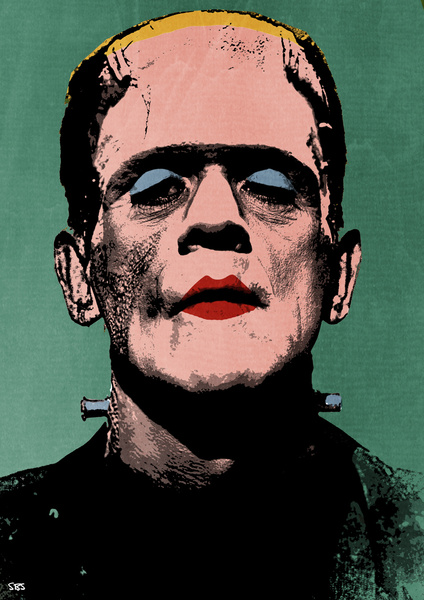 Significance of Idealism and Truth in an Individuals Life
Responding to: Frankenstein 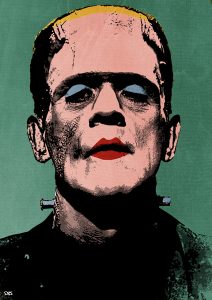 It may be argued, that when idealism overcomes a sense of truth, there happens to be a loss of rationality, leading to passion destroying an individuals sense of morality. In Mary Shelley’s famous novel, Frankenstein, the protagonist, Victor’s, fascination with the natural sciences develops a curiosity about the scientific generation of life within his studies; as he progresses he finds himself unethically endeavouring to create life while he is completely immersed by an infatuating passion. His fatal flaw, lies in his inability to determine right from wrong, as his idealistic visions blind him from seeing the truth and implications of his actions. By doing so he slowly descends into a state of madness as he loses sight of his morality and rationality. Shelley depicts this through his initial attraction to the natural sciences, his ardent need for validation through his creation, and finally the reaping of the consequences determined by his actions.

Victor Frankenstein’s ardent passion for the natural sciences initially was tended with a balance of rationality, as he immersed himself within attempting to understand alchemist theories through books and well-versed teachers. However, one may argue when an individual allows work to become a passion unattended, is when one risks his reasoning and sense of morality to the unexplainable- to the unexplored. During the early stages of his search for knowledge, Frankenstein was enticed by Cornelius Agrippa, a scholar of the occult sciences who delved into natural philosophy. Through his findings of such research and Victor’s observing behaviour towards his environment like lightening’s powerful affects, he fostered a growing fascination for the theory behind life. Furthermore, with a shift in environment to the University of Ingolstadt, after meeting professor M. Krempe and Waldman, Victor’s fascination transforms into an obsession as he quickly surpasses the curriculum to begin asking his own questions about the theory of life and death and decay. While discovering new truths about the natural sciences Frankenstein’s spark of madness is lit, “So much has been done, exclaimed the soul of Frankenstein- more, far more, will I achieve, treading in the steps already marked, I will pioneer a new way, explore unknown powers, and unfold to the world the deepest mysteries of creation.” (39) Depicted in this quote is, the fatal beginnings of Victor’s immoral pursuits of knowledge and understanding. In achieving such heights, one must compromise internal values that are the foundation of humanity within an individual. To “explore unknown powers” and “unfold the world’s deepest mysteries” one must be willing to succumb to the darkness surrounding such pursuits, and it is within this ignorant decision that Frankenstein unknowingly sacrificed his sense of reasoning-or truth- in the pursuit of his ideals.

However, one may argue that beyond Frankenstein’s fervor for a deeper understanding of the world he lived within was an ardent need for validation provoked by the loss of his mother at such a fragile point in his life. The isolation thereafter remained in his life as an after affect of the loss of the mother he never had to opportunity to grow to understand. Furthermore, these motivations- both his hunger for knowledge and need for validation- drove Victor to do the unthinkable, to scientifically generate life. Socially, in the era of the novel, it was deemed to be unethical to go against the hierarchy created between God and man, alike to the endeavour Victor was embarking upon. Assumable to the social systems of that time, any such endeavour would carry with it great implications, if an individual had the bravery to attempt to do so. That being said, Victor’s moral compass was already malfunctioning by this point, as his reasoning failed to serve him as a guide and his passion infatuated his mind with thoughts of power, prestige, and inevitably a sense of validation as a human being: “A new species would bless me as its creator and source; many happy and excellent natures would own their belong to me.” (45) This quote spoken by Victor during the formative stages of his scientific endeavour exemplified his descent into madness as he lost sight of any form of reasoning and ethical conduct. His passion became evidently destructive as the rational for a better understanding of the world was insignificant in comparison to the superiority he would receive over his “creation.” Moreover, the ultimate destruction of Victor’s rationality and morality are when he takes cadaver body parts to recreate the shape of a human being without considering the implications of his deeds. His actions prove that the hypnotic ideals he swears to follow, are corrosive to one’s soul as he loses sight of humanity in his pursuit to create life, further removing himself from his own life as Victor Frankenstein.

Ironically, the outcomes of Frankenstein’s pursuits are far from his ideals and as truth stood he had created an abomination. Life was definitely generated within this being, but a being so despicable happened to be the direct implications of such immoral and irrational behaviour. Victor, allowing his passion to become the best of him had created a monster and in his uncontrollable disgust, abandoned his creation as a means to dissociate himself with his sins. However, the monster was not so forgiving as he lived to haunt his creator, his motivations were rooted in seeking revenge for such cruelty. The failure of Victor’s ideals led him to yet again act out of passion, removing himself from any sense of accountability that were to fall on him as the creator. Much to Frankenstein’s displeasure, the monster was set out to destroy Victor for the uncountable injustices he did to his creation- abandoning him, destroying the only possible (female) companion for the monster, and leaving him to suffer the prejudices of society alone. In the account of these offences, the monster committed to further triggering the desolation of Frankenstein through killing all of his loved ones: Elizabeth, Henry, and indirectly Justine. Furthermore, Victor’s reaction was yet again one of passion, lacking reason: “My revenge is no of no moment to you; yet. While I allow it to be a vice, I confess that it is the devouring and only passion of my soul…and I devote myself, either in my life or death, to his [the monster’s] destruction.” (185) Past the shattering of his ideals of a creating a “perfect being” Frankenstein creates new ideals arising from passion as a means to survive. For, if he were to reason with himself and accept the truth and consequences of the failure of his passion-induced ideals he would not be able to live with himself. Therefore, he took it upon himself to live to kill the creation he so fondly manifested. Inevitably, his passion killed him before it took the monster, as his lack of rationality in his attempts to find reconciliation were far from what was realistic. Avenging the death of his loved ones against a physically powerful monster in an ailing condition is realistically not just foolish, but also impossible. The destructive forces of Frankenstein’s uncontrollable passion and idealism vanished any trace of logic and truth in his life, leading to his descent into madness and finally his desolation.

Frankenstein’s journey displays the downwards spiral derived from an uncontrollable passion rooted in idealism. An unrestrained fervor often times eliminates the possibility of reasoning, for it is easier to make immoral decisions when one refuses to acknowledge the truth and consequences every action carries with it. Shelley, used a simple boy in need of affection and inspired by creation, to represent the affect an imbalance of passion and reasoning have on individuals. Furthermore, one may argue that to truly attain success and happiness in life, individuals must find a balance between idealism and truth, as they hold onto both their morality and humanity.