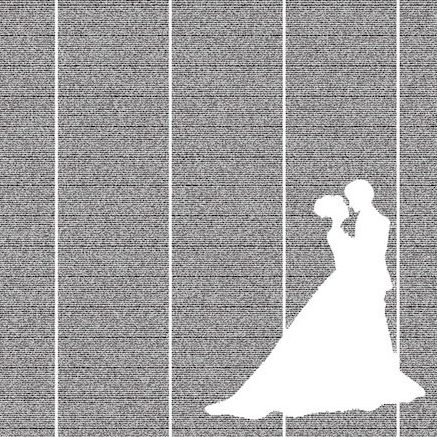 Discuss the significance of an individual’s attempt to live unconstrained by convention or circumstance.

If an individual is exposed to happiness through means of breaking conventional ideals, then they become extremely willing to continually break convention as a means of obtaining and maintaining said happiness. Convention, in this sense, is what is considered acceptable and “normal” by the society of the time – the breaking of convention, often, results in negative feedback from those around an individual who chooses to step outside the norms of society. Despite these possible consequences, if things such as happiness are gained through breaking society’s expectations, then the positive outcome far outweighs the negative outcome. This can be seen throughout Jane Austen’s 1800’s-based Pride and Prejudice, through the similarly-themed – yet notably different – ways in which Elizabeth Bennet and Mr. Darcy break convention as a means of obtaining happiness. Elizabeth breaks convention through her defiance of what ladies are expected to be and act like during the time period, while Darcy breaks convention through his defiance of what upper class, noble men are expected to be and act like during the same period of time. The breaking of convention is visible in the piece, for a woman to reject a marriage proposal from a higher-class man, and a high-class man to continue pursuing a lower-class woman who has already rejected him is not a concept readily accepted or supported by society – and yet, this is exactly what occurs between Elizabeth and Darcy, when both are (possibly unconsciously) unready for marriage. Were they to follow the expectations of society, and immediately concede to marriage, then there is no guarantee they would have had and maintained a healthy relationship – rather, because they were able to learn and understand each other more after the initial rejection, Elizabeth and Darcy grew as individuals and as companions to the point in which they could marry. Ultimately, it is through their unknowingly joint breaking of societal convention – through Elizabeth gaining happiness by her own standards and means despite the criticisms of others and Darcy gaining happiness by recognizing and pushing for growth as an individual above the expectations of other – that Elizabeth and Darcy are able to find happiness, with both themselves and each other.

When an individual readily accepts their own ability to break the conventions of society, they become more willing to do so regularly, especially in regards to the expectations of women – something that happens to Elizabeth Bennet as a result of her quick-witted, non-submissive personality. It is reinforced repeatedly that Elizabeth is aware she does not meet the conventions of society, and it is reinforced repeatedly that she is not willing to sacrifice her own moral security for the sake of others expectations. Her rejection of Darcy exemplifies this ideal perfectly, as she does not bow down to a man of higher class standing, as she “could easily forgive his pride if he had not mortified (hers)” (pg. 24). It is Elizabeth’s own confidence in herself as an individual and as a woman that she is able to make this decision – she is fully aware that accepting his proposal would lead to wealth easily, but she is equally aware that this would lead to unhappiness as well. Despite the backlash from those around her, Elizabeth does not accept Darcy’s pursuits until she sees his change of character to an extent to which she could see herself being happy as his wife. It is this defiance of convention, of what women are expected to do and not do, that Elizabeth exemplifies the importance of favoring one’s expectations over the expectations of others. Rather than allowing what is expected of an individual to dictate the decisions they make, truly happy individuals are created through the pursuit of their own ideals. By accepting the marriage proposal in the end, however, Elizabeth is not suddenly conforming to convention – she, as an individual, has witnessed the evolution of Darcy’s character and she, as an individual, has grown to have feelings for him. It is not remaining within the standards of society if an individual “accepts” what has been pushed on them as a result of both their own growth and the growth of others – rather, it shows the self-importance of their ideals being met playing a major role in the decisions they make. Elizabeth does not change herself to match the expectations of others when she does decide to marry Darcy; instead, she recognizes his change of character and sees the possibility of a happy future with him. As a result, it can be said that though an individual may accept the conventions of society, if it is under their own circumstances and expectations, then they are not truly staying within convention – they are simply adapting and changing as an individual, witnessing the changing of others around them, and only accepting the conditions of society once their expectations and needs are met. As such, the importance of staying outside the true conventions of society is shown through one’s obtaining of happiness by their own means, and not conforming to how others expect individuals must act in order to gain happiness.

In terms of expected ways in which an individual must act, it can be said that the upper-class are expected to act on different character planes than those “lesser” than them – at the very least, this can be proved true through the ways in which Mr. Darcy is expected to act in the class-ruled 1800’s. As a wealthy, intellectual man, it is expected by others that Darcy can easily ask for the hand of any woman in marriage and be just-as-easily accepted. It can also be said that, due to his rank in society, he has “every respect entitled to think well of (himself) and meanly of others,” (pg. 21) something he is exemplified to do early on. However, when Darcy becomes interested in the lower-class, quick-witted, comparatively unladylike Elizabeth, this is when the first convention placed upon him is broken. After her rejection, and his continued pursuit of her, another convention of men to rise above and move past rejection is broken. Darcy himself sees happiness and a positive future with Elizabeth and, as a result, allows himself to grow outside the expectations of society to ensure that his own expectations for happiness are met. Rather than allowing the character-based expectations of others to rule their decisions, individuals that break the conventions of society to obtain their happiness use their own growth as individuals to dictate the decisions they make. Darcy, instead of staying within what is expected of him as a wealthy, intellectual man, is able to shift his perceptions and ideals once he recognizes that is that path to which his happiness can be obtained. It is those that become willing to change themselves to meet their own, developing standards, rather than the standards of society around them, that truly become able to achieve their own versions of happiness and success.

As Darcy and Elizabeth gained happiness, through shifting his own character to gain it and allowing it to meet her own expectations before gaining it, respectively, they broke numerous conventions of society to ensure that they, ultimately, found happiness with both themselves and each other. Rather than allowing the expectations of what both women and upper-class individuals were anticipated to act like dictate the decisions they made, the strength of their character and of their own ideals allowed them to step out of the standards of society to ensure their own happiness. As both were exposed to happiness through an initial breaking of convention, this allowed them to continue acting outside what is considered societally normal. It is individuals that are able to recognize the ways in which they can obtain happiness, even if these ways are outside the conventions of society, that are truly able to recognize and achieve happiness in extents to which society never would have allowed them to reach.