Below is my polished personal response to Maya Angelou’s “Still I Rise.” A lot of it is very personal and actually originates from my actual diary entries from 5th grade, and it represents a major obstacle/learning experience from my life.

Prompt: What is your opinion on the idea that our beliefs are influenced by the actions of others?

The first day back to school was the same as always. The same as every other day. I walked into school with a hoodie too big for me, so I could hide myself from the horrors. I got into class and took a seat at the very back, in the far corner. The teachers once again put on their facade of excitement and joy, I could tell. Once the teachers started to take attendance, my heart began to pound, as it is “tradition” to stand and walk to the front of the class when your name is called. 8 names away. 5 names away. Oh, how I hoped there would be a fire drill. 3 names away. 2 names away. I frantically began to pray that my name would accidentally be skipped. But it wasn’t. “Muhammad Tariq” the teacher called. Slowly I crawled out of my seat and mumbled “Here.” As I walked up to the front of the class, I turned my head slightly, and saw the same eyes as last year. Those eyes. Those hatred filled eyes. Why did they hate me? What did I ever do to them? Be born a Muslim? But regardless of my fear, I walked up to the front and was welcomed by the teacher. Even as I went back, I could see the same eyes glaring at me. As I took my seat, the teacher welcomed us again and began to inform us about this year’s topics, rules, duties, etc. After that introduction it was like 4th grade had never ended. The same people, the same teaching methods, the same school. The only difference was our tormentor. I prayed so I could at least have a few days of peace. I just wish that sometimes my prayers would be answered. I now know that individuals cannot remain dependent on others to institute change, but they must work for it themselves.

I tried. I’m sorry, but I couldn’t do it. I tried to be independent, to be brave. These last few torture-filled months have really taught me that this will go on endlessly, day after day, year after year. It seems so futile to even try to stop them. It is clear to me now, that this world is too full of darkness for any space to be given to light. Today I was only reading, but they came to me like bees would to pollinate a flower. They came and took everything from me, but that isn’t even worst of all. What hurts most is that I still can’t understand why they do it. I haven’t ever done anything to them. But it happens. It happened every day last year. I got sick and tired of it but there was nothing I could do. Telling anyone was never an option. No one ever listens. Last year was painful enough. I refuse to let this go on. They hate me without reason? I’ll hate them. They hurt me without reason? I’ll hurt them. I don’t care anymore. They clearly want a fight. Well it’s about time I give them one. One they won’t be able to forget. I never wanted to do this, but it seems to be the only option left. And just like them, I will not show mercy. They can kick me down, and I may be in pain, but from now on, I refuse to stay down. Not until I figure out exactly what I did to make them so angry. Angry enough to hate me. To want me gone. Playing the pacifist didn’t work, it’s time to play the warmonger. I’m sorry, I didn’t want it to come to this. But I absolutely cannot reside within this world which I see as a hell. I know now, that the only way to win a war against a country with massive weaponry is with more weapons.

Before I say anything, I have to apologize to you for my previous behavior, I was very angry. Things have gotten a lot better since we last conversed. They haven’t bothered me much as of late, probably because the last time they tried to, it ended up in a fight, with everyone having an injury one way or another. I was lucky, my injury was only on my knee, so I could hide it easily. We almost got suspended, if the principal was able to find more evidence of the fight we would have been. The thing is, I don’t quite understand what happened after that. Why they stopped. They can’t be scared of me right? There’s like 20 of them, and one of me. So I’ll ask you; why do you think they’ve stopped? Do you think it’s because I held my own that one time? Or maybe, just maybe, I got a little respect in their eyes. Maybe because I tried to “face my fear” and  “be a man” I was finally given credit. Or maybe my prayers have finally been answered. Whatever it was, I am thankful. Thankful for all my family and friends, regardless of how much suffering they have caused me. Thankful to you, for always allowing me to express myself openly. Thankful to the world, for the life I have and live. I am thankful because, I now know, that with the consequences of one’s actions come the enlightenment of not only themselves, but also others. 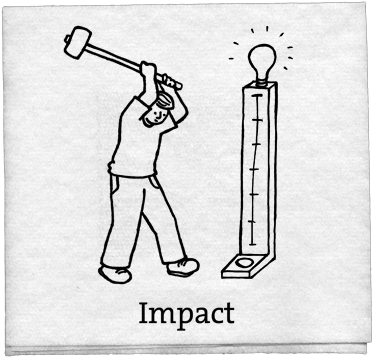 2 thoughts on “The Wonders Of A Diary”