Prompt: The nature of motivations that direct an individual’s course of action (January 2013)

Below is my Polished Personal in response to the poem Useless Boys by Barry Dempster. In the poem the writer explores the idea that when individuals seek to renounce a course of action, they do so while motivated by their idyllic beliefs. For example, throughout one’s childhood, they might make plans that prove to be unrealistic, for children do not possess the experience to make thoughtful choices. As said children mature into adulthood, still attempting to pursue their childish beliefs, they are not met with happiness, for these decisions do not complement their new persona. Therefore, when individuals develop and pursue a course of action defiant to their personal nature, they will not be able to obtain true happiness. In relation to my piece below, the protagonist has lived her life guided by what her circumstance depicts rather than her individual desires, thus leaving her unfulfilled in her everyday life. She does not feel guilty for her antisocial behaviour, for she does not fully immerse herself in the facade she has been forced to create, instead, she acts as a bystander in her own life. 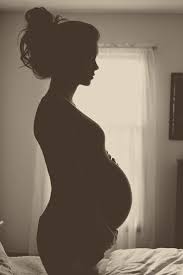 I pull my hands from under the covers and clamp them down over my ears, sealing them so that I can attempt to grasp the fading blanket of sleep. He rustles beside me, shaking the bed, hindering me from grabbing the blanket and pulling myself right back under. I lie perfectly still.

“I’ll get it,” he says and sits up. He groggily stumbles out of the room and turns the hall light on. I relax and roll over. The baby is still crying. No.  It’s howling. I hate it when it howls like so. My breasts start to ache, the milk eager to comfort the cries of the nearby wailing infant. How strange it is how my body is perfectly engineered for motherhood, yet my brain vehemently rejects the mere idea of holding it. It’s almost like an architect thats invested so much time into the stain-glass windows and the a-frame structure, that he forgot all about the plumbing —how sad that his beautiful creation is doomed to flood, destroying all his labours. I think I read about that happening in the paper one time.

The crying has stopped, in its place is the sound of him cooing, coaxing it to fall back asleep. He must have put it into the crib, I can hear him winding up the mobile. Why would he do that he knows that I hate the irritating lullaby it plays, over and over again? I place my hands back over my ears, blocking out the mobile’s horrible noise. While I’m attempting to create enough silence for me finally grasp sleep’s encompassing blanket, he comes back in the room. Our room. His room, he lived here first.

He lived here with her, his first wife. We met six months after they had been married, and they were divorced not three weeks after that. When I moved in, all of her things had been moved out by some angry, man-hating friend of her’s, but I never felt like she was actually gone. It seemed like she hid behind doors, under the beds, inside the closet — haunting me, reminding me that this was her home long before it was ever mine.

“Would you stop doing that,” he scoffs, “it helps her sleep, and I didn’t see you leaping out of bed to help either.” He’s right, I don’t “leap” for anything. With the mobile still ringing in the back round I roll over, choosing sleep over guilt.

I feel my limbs tense and sleep evades me once more, leaving me cold from the absence of its thick, warming blanket. The clock reads 3:00 am — it has only been an hour since the last time. Before I can decide if I should pretend to still be asleep or face the fear of taking care of the distressed infant, he has already rolled out of bed.

I know I am supposed to feel guilty. Guilty about making him get up again. Guilty that I refuse to hold my own baby. Guilty that I didn’t want it in the first place. When the baby was born, I had been in labour for 17 hours and the baby began to rotate at 3 cm. The agony that a squirming baby creates while its still inside of you, struggling to come out, is not something you hold on to for sentimental purposes. Childbirth was intended to make woman suffer, to ween out who was meant for motherhood and who was not. Born at about 9:00 pm the baby weighed 7 pounds, 2 ounces. Guilty that I never remembered this information when curious old women asked, I had it written on a piece of paper shoved deep inside my purse somewhere. I even spelt her name wrong while filling out our discharge papers.I knocked my water over, soaking the pages, and asked the nurse for a new copy.

He walks back into the room, but doesn’t climb into bed, just stands by the window with his arms crossed at his chest.

“This is ridiculous its been three weeks and you haven’t even changed her diaper once. You just feed her, thats all, and you only do that because it hurts when you go too long without.” He doesn’t turn around, just stands talking to the window.

“You need to see someone, do something to fix yourself. What mother won’t  hold her own baby?” He says turning away from the window and walks out of the room. Soon the mobile’s lullaby begins, and I consider walking into the nursery and ripping the damn thing out of the crib — I decide against it, that would make the baby start crying.

I dream of the one that came before it— the baby I had carried for almost two months before it fled my body. I dream of the blood, warm , spilling down my legs and pooling at my feet. The off white of the cold bathroom tile hidden behind the layer of the lost child. I remember that it hurt, but I just stood there, I was there an hour before he walked in. He grabbed me and pulled my head to his chest, as if I were the infant, and he, the protecting mother. I remember him crying as we drove to the hospital, me in the passenger seat wondering why I did not feel guilty. I felt relief.

The doctor said it was nobody’s fault, as if I should have been riddled with uncertainty, as if I was supposed to think it was me. I knew why. My womb crumbled under the pressure of him and his mother and the women who, when they asked if I had a child of my own, regarded me as their lesser counterpart when I responded, “No.” These people and their persistence that my body’ sole purpose was to produce babies weighed down on my womb until its walls collapsed, clenched, and squeezed like the fists of someone who is angered — evading my body of both the baby and my fear.

This is what I dream of every night, my last chance at freedom.

Hours pass and I can see the sun begin to peek out from the blanket of the horizon. I get up, pull on my grey hoodie and ripped jeans, and walk out of his room. As I pass the nursery, I see him sleeping on the pale pink chair in the corner. That chair had been bought with intensions of story telling and cuddling — I’d never even sat in it. I walk into the room and up to the crib, the baby is inside, fast asleep. It’s eyelids closed but flickering, it’s dreaming. Dreaming is better than crying, and before the dream can fade into a nightmare, and the nightmare into tears, I turn and head for the door.

I make my way down the stairs and to the front door. A picture of the baby on the day it was born watches me as I slip into my shoes and tie my laces. In the picture I am holding it, my eyes are surrounded by black rings and my face is wrought with exhaustion. He stands beside me smiling. Underneath the picture is the date she was born and her name. I break eye contact with the photo and  go to walk out the door, the name burning a hole into my back, begging me to feel guilty for what I am about to do. But I don’t, so I keep walking. Once I reach the end of the driveway I hear it — I ignore it.

The baby has started crying again.