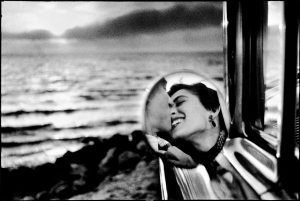 …the ways in which individuals respond to the conflict between illusion and reality?

As individuals get trapped in their own illusions they have created, they disconnect further from reality until they accept their delusions as their ultimate truth. It is when this mirage is shattered, that the demise of one’s character occurs and changes the individual’s outlook on life.

MARY PRESCOTT: A girl in her mid-twenties. Naive, young, and eager to find love, she finds herself in a police station when a man she was associated with ends up dead, alongside his wife. She tells her story and, as it unfolds, it becomes obvious that she was the perpetrator of this crime, driven by rage and jealousy.

MARY: If I may be so bold as to introduce myself, I’m Mary Prescott and it is lovely to meet you. Now, I’ve had the pleasure of knowing Mr. Charles for almost two weeks now and, if I do say so myself, I’ve never been quite so taken with anyone in my whole life! Now, slow down there inspector, a lady should never kiss and tell. Well, we met at a function, a party if you will, a dazzling array of little finger cakes and fruit punch and there, among all the governors and their ladies, stood Winston. Oh my, he was a lovely sight in his grey fitted suit and…some floozy hanging off his arm… but soon I would be the one he would be taking out I just knew it! Oh Mr. Inspector! You should have seen the way he would steal little glances all night…but we never spoke… (beat)

Well I couldn’t have that now could I, Mr. Inspector? So, the next night I asked my friend Tracy- my best friend, that one – if she knew Mr. Charles and she gave me his telephone number. You can only imagine how eager I was to finally hear his voice; his deep voice serenading me with every word. But, that night, when I rang, I heard a high pitched voice, shrill and quite an annoyance. I must have phoned the wrong number. So I tried again, night after night, but every time, “Hello? Who’s calling? I swear…these damn telemarketers..” and then click, she hung up. Winston would never speak to me in that manner, I just know it. Now, Mr. Inspector, I am a good Christian but I understand men have needs and this women must have been convenient. So of course I forgave my Winston immediately. I decided a more direct approach would grant me a little more success.

With a little digging, I found out where my love worked and decided I would make him a little lunch. Oh, I knew when I arrived with food he would be delighted to see me. He would look at me with love-filled eyes. My daddy always said that every time my mama cooked for him, he fell just a little more in love with her. So, the I made him a ham and cheese sandwich with a little mustard, it would be his new favourite! I marched into the bank where he accounted in my best skirt and favourite sweater and asked to see him. “Oh, I’m sorry ma’am, are you his wife? It’s a pleasure to meet you.” (beat) Why yes, yes I am. I walked into his office and there he was. He looked just as darling as I remembered, if not more handsome. When he looked up at me, he smiled his brightest smile and his eyes lit up. When he asked, “How can I help you?”, I couldn’t help but laugh. I told him not to be coy, that we didn’t have to play these games, that I knew how he felt and I felt the same way! (beat)

His face contorted into an ugly confusion and I was taken aback. He told me he was sorry, but I must have the wrong man…The wrong man! Well! Mr. Inspector, needless to say I was mortified! I would not be insulted by such ignorance and sheer stupidity! How dare he act like he didn’t recognize my heart out on a platter, didn’t recognize the eyes he would glance into, etching himself deeper into my very skin. Now he would go home and tell God knows who about the crazy women who confessed her love for a stranger and I couldn’t have that, now could I? So I waited outside the bank until he finished and began walking home. I found out where he lived, and continued to visit his quaint little… dingy little… beaten up home… until one day. Yesterday.

They decided to go on a little car ride and I didn’t have any choice but to hide in the back of that car, I didn’t have enough time to hide from them, from everything I had done. When we reached the cliff top, they parked the car and I could hear their whispers  and the pleased giggles and the promises of love and I couldn’t stay still any longer. My hands were shaking with fear and blinding rage. I held on to the nearest object to still them; a rusty crowbar.

Then, all of the sudden, the blanket that protected me against their twisted reality was pulled back and that’s when it happened. You see, Mr. Inspector, it was my only option. I couldn’t have them spreading rumours about an estranged women in the backseat of his car! Now how would that look? So I took the crowbar, raised it high above my head and ignored Mrs. Charles screams, soon enough, they died down too.

It was the hardest thing I’ve had to do but that’s the honest truth, Mr. Inspector.