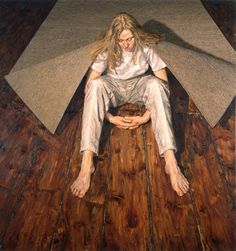 Prompt: what do these texts suggest to you about an individual’s response to the constraints of convention or circumstance?

note: The image was black and white when I had seen it and written on it, that greatly influenced this…

I was supposedly sleeping soundly and peacefully; however peace only comes to those who’ve resolved their personal issues and triumphed over their demons. I could not sleep. No, I decided to sit there in the dark and wonder why the world was the way it was and why people are the way they are. In my mind I think of a rather famous quote:

‘’Some are born great, some achieve greatness, and some have greatness thrust upon them”

I begin to wonder, why exactly are we like this, why is it that some people are more gifted than others just by nature, why do some people have to work day and night and slave just to achieve a standard that someone else was born with.

It was not too long ago when it was confirmed that I was one of those people, I was born with some sort of learning disability, which when thought about makes quite a lot of sense; I was not particularly talented at anything, everything that I became decent at was all due to me spending five hours trying to understand the simplest things. I heard the words from the psychiatrist to my parents “there definitely is a learning disability in your child.” I had expected those words, I knew there was definitely something wrong with me, why I never understood anything that was taught in my classes, in conversations I always had to ask for clarification at every point, just so I wouldn’t have to look like a fool in front of everyone listening. Of course it did not have a positive impact on me, as much as anyone else; it had shattered a major aspect of my worldview. I had perceived as every individual born as a blank slate; equal. Born with the potential you create for yourself, the same slate you chose to write whatever you wish, which will in time serve to show you what one amounts to in their life. Some people are born great, and other must  achieve greatness to compensate. In that statement I belong to the latter. There is nothing great about me. I lack in every major area any normal person is expected to be decent in, all I have done is compensate, compensate in ways others could not imagine.

Sitting there in my darkness I shed two tears, one hit my foot, the other hit the wooden floor. It generally is not a good feeling to know as a fact that you are not and never will be as good as those you are around. Possibly the only optimistic thing one can say in my situation is that I am able to take failure better than most; however this is only due to the fact that with my abilities failure is almost a guarantee.

Sitting there in what was fading darkness I notice something. The pale blue light of the moon; as it shone through the window I noticed that out of the two tears I had shed, the one that had landed in the floor without breaking tension was reflecting the light that had come through the window. A small crystal ball was the resulting effect. Getting up from where I had sat I had gazed out the window and seen a beautiful moon.The sight was sad, however had beauty in it. The moon is in shroud of the sun, it only appears every so often, and when it does almost all who are available to witness it, are sound asleep. I saw then that the sun has the company of all, in its greatness it gives people warmth and comfort and a bright light. The moon could never be like the sun, as it tries to show itself during the day it is veiled by the sun’s brightness. The only place the moon does revel is in the quiet night. In the absence of the sun the moon does its absolute best to show the world a light, to show the world that there is always something there for them in even in their darkest moments, that a light will shine on them.The pale blue light the moon cast on me that night was not representative of sadness of what I could not do and what I severely lacked in. The colour blue also means a haven exists; a place where I could shine  and prove my worth.

I then remembered the rest of what that psychiatrist had said to me and my family.

“Even though there is a learning disability in your child, please know that whatever she is achieving at this state in her life is beyond what others with the same problem could have done. The fact that she even gets the results she gets shows her dedication and ability to adapt. She works day and night regularly and religiously for her activities and school, she is able to compete with students and others who do not have the same problem. Where she lacks in her basic reading skills she makes up for in her dedication and determination to get through a book and understand it. Where she lacks for physical strength in rugby, she makes up for speed and agility. In fact her having this disability has only resulted in your daughter becoming more intuitive and seeking out other ways to achieve goals. She is a talented young woman and needs to learn and bring herself out of her own darkness.”

The moon, even though it looks sad, it keeps on shining the same blue light and keeps on being the sight certain people wait for at night. I back away from the window and turn on a light, if I am to be living with this learning problem for the remainder of my life, then I shouldn’t be wasting any more time; This is a clear sign that I need to work until I achieve greatness, or it is thrust upon me.