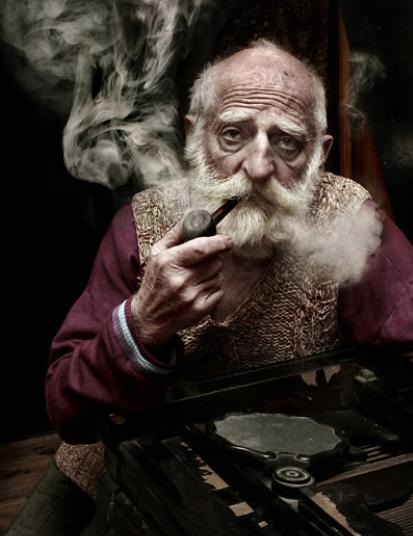 Below is my personal response to the poem, “Diary of a Piano Tuner’s Wife,” by Wilmer Mills.

What do these texts suggest to you about an individual’s response to the constraints of convention or circumstance? 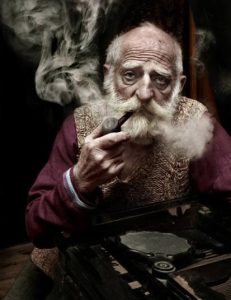 Today I woke up and had that tingling sensation in my arm, or what felt like my arm. I tell my wife every time that it feels like mosquitos biting and feasting away on what I lost, sucking away the blood and the hope. She rolls her eyes at me whenever I tell her, as if I’m just an old veteran now. Well, she isn’t wrong.

The war took many things from me, you know. I walked out of the house and into my garden, the early morning dew crying from the lavender I planted many, many years ago. I inspected the buds of each plant, each a little life of their own, having blossomed into beauty, now doomed to fall. The comrades and friends I had, who blindly followed a cause and believed freedom would come the next day; they were gone. They had fallen like flower petals in the face of autumn. The war had taken my tears, as everyday on the Western Front was another day spent dying. I straightened the bed-row stones around the garden, like an impenetrable wall; not even the Israelites could blow them down, these walls of Jericho. But you can only keep them up for so long when you’re only half as strong as you used to be.

The war had taken my arm, and with it, any balance I had in this life. Back then, I could hold up the world, and carry it on my shoulders. Now, it’s a balancing act. The family I love, both my daughter and my wife, had my arms to wrap themselves in; now, there is only room for one. Perhaps it was me that drove her away, but my daughter grew up awfully quick with a father who could only shield her half as well as he used to. I remember the times of the past, before I had to fight a battle I had no place in, where my arms were a pair and able to pick her up. Together, I would teach her how to play the piano we had, and my fingers would glide across the ivory hitting the keys and showing her that she needed no band to be symphony. Most days we would practice together, until she began on her own. Every morning I’d wake up to hear both of her hands dance across the keyboard, messing up here or there, but still music to my ears.

The lavender swayed in the breeze, their petals fleeing in the wind and escaping my grasp as I faintly lifted the flowers. The day came when I had to leave for France, and that day the music left me. There were no more mornings full of melody, nor the small pianist to hold anymore. My Beethoven was replaced with a rifle and my Moonlight Sonata was substituted for gunfire. I learned the sounds of war and with the melancholy it brings; such a sad tune was brought to everyone on both sides of the war. Perhaps what instrument I was most familiar with was the mortar shell, as the loud percussion echoed in the nights of the war. They are what took the piano’s melody from my hands, as I lost my arm and in turn, my daughter. When I returned from the front, discharged and broken, her eyes looked upon me differently, as if I was no longer her father, but just part of a man. I stopped playing the piano with her altogether, and soon after my arrival, so did she. As the days went on and my hair grew greyer, so did our relationship fall apart, as my outbursts of anger were more abundant and loud. I remember that day, she was an adult by then, and we were arguing about God-knows-what when my temper bested me, and I kicked the leg off of our piano, plunging it into the floor and further damaging our history. I shocked myself in that moment, and I realize it must have shocked her too, as my daughter left the next day, removing every trace of her existence except our memories and the broken piano.

I spent the next few days just staring at the wreck before I actually did something about it, and in twice the amount of time it would have normally taken I put it back together. I hoped that she would come back when I did, but of course my hopes were without point. I even started playing again, or trying to anyway, but to no avail. In this piano I had broken, I had found purpose again in fixing it and letting the music return to my world. Perhaps she would have enjoyed this if she stayed. Perhaps.

I soon decided to start my own business where I fixed or tuned pianos: a piano tuner. I may not be able to play like I used to, but there’s more to it than having two hands to play. In fact, I made my own tool for my arm, as I use it to tighten the nuts on the piano. This way I could still be in touch with the music that had been in my life so prevalently before. But there’s more to it than just getting to hear music form from the keys under another’s fingers. I went from client to client in our town, hoping that one day I would end up at the home of my daughter. I had to apologize to her. I had to make up for my blunders and maybe fix the piano I hope she owns. Then we can laugh and hold each other, playing our music all night long.

Today I have a client, and the hope that it’s her still lingers inside of me. Before I leave I’ll take one last look at my lavender garden, and return to it this evening to reminisce. I won’t let my daughter be just another string I’ve failed to tune.

One thought on “Diary of a Piano Tuner – Polished Personal”