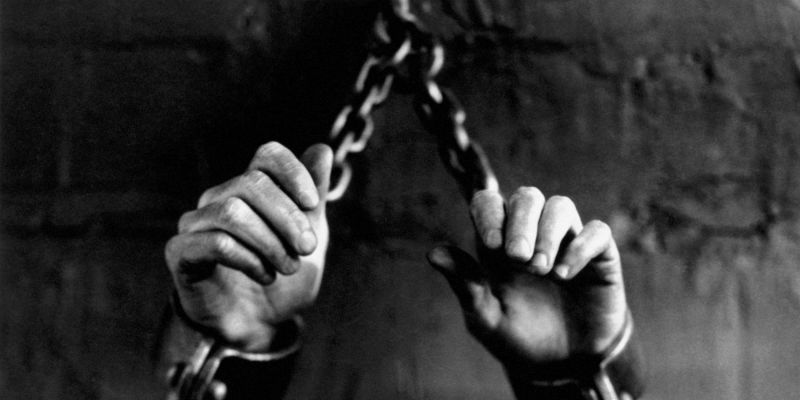 You may write me down in history
With your bitter, twisted lies,
You may trod me in the very dirt
But still, like dust, I’ll rise.

Does my sassiness upset you?
Why are you beset with gloom?
‘Cause I walk like I’ve got oil wells
Pumping in my living room.

Did you want to see me broken?
Bowed head and lowered eyes?
Shoulders falling down like teardrops,
Weakened by my soulful cries?

Does my haughtiness offend you?
Don’t you take it awful hard
‘Cause I laugh like I’ve got gold mines
Diggin’ in my own backyard.

Does my sexiness upset you?
Does it come as a surprise
That I dance like I’ve got diamonds
At the meeting of my thighs?

Out of the huts of history’s shame
I rise
Up from a past that’s rooted in pain
I rise
I’m a black ocean, leaping and wide,
Welling and swelling I bear in the tide.

Leaving behind nights of terror and fear
I rise
Into a daybreak that’s wondrously clear
I rise
Bringing the gifts that my ancestors gave,
I am the dream and the hope of the slave.
I rise
I rise
I rise.

Prompt: What is your opinion of the idea that our beliefs are influenced by the actions of others?

How long has it been since I have lost my freedom? 2 years? 5 years? Maybe 10 years. I don’t know. The lord has worked his slaves to the bone every single excruciating day. My daily routine is wake up, walk painfully to the fields, and work, and work, until the lord allows us to eat the small amount of gruel he gives us, and work until night falls, and crying myself to sleep. The nights are the worse; full of terror and fear of being punished the next day without warning, and the pain I feel when my shaking legs hit the dusty cot. I cannot sleep because I am so afraid, and I feel weak. My freedom has been taken away, and I will never get it back.

When I first arrived to this wretched place, the lord moved me and the other black girls with his alluring words; this was an opportunity to make money, and send some back to our families, and live a good life. What fallacies. Right after his eloquent speech, he brought a young boy who looked about the same age as me, and he pulled out a sharp, black rope. I found out soon later that is was called a whip. The lord whipped the boy’s back until his blood dripped down onto the dusty earth, staining it scarlet red. I think it was the first time I saw so much blood in one place. No, it definitely was the first time. Horrified, I closed my mouth, not daring to speak, locking my voice into the depths of my soul, and slamming the chamber shut.

Over time, hope for a saviour dissipated, like the leftover sizzling oil of the sausages I so hungrily watched, as the lord cooked them in his house. Once boiling with rage, that hope has lost its power, and the bubbling has completely stopped. When he whipped someone, I avoided them, pretending not to know, and, like everyone else, tried only to save myself. Everyone deceives their hearts and their voices, including my own. We pretend we are grateful and happy, showing the lord the dulling of the sharp knives we once had by bowing our heads, and lowering our eyes when he walks by us, and not admitting the truth. The truth of which pain, hunger, and the desensitization of our voices, are never to be spoken. All of us are bitter, twisted liars.

One day, I saw the same young boy being whipped again. How many times has it been since I first saw him, I wonder? His back is now all bent and broken, and yet I can’t take my eyes off the sight of his spine sticking out between his flesh and skin. This is the last time I saw him. However, what he did was an act I have never seen, or rather, not dared to. His feet stood their ground, and he stood up, straightening his shoulders as far as his broken back could allow, and slowly, defiantly, raised his head, and his gaze pierced through the eyes of the lord.

The boy was then sent far away, to a place where I could no longer see his bones sticking out of his flesh and skin, and see the daring act he committed take place. That act was the dream and hope of the slaves.

Days later, I once again eyed the sausages the lord cooked in his house. Just looking at them made my skin crawl and my mouth water. I watched as he left the kitchen, and slowly, I shuffled through the red dusty ground, climbed through the open window, and grabbed frantically at the biggest sausage I saw, only to be stopped by the giant smooth hands of the lord. The feel of the smoothness of his hands infuriated me. Those hands had never done any work. No scars, no calluses, no cuts, no bruises, no swelling. This man literally has gold mines digging in his front yard for him.

Using just my hunger to drive me, I jerked my hand back, and like a snake striking its prey, my fist closed around a piece of meat, and I shoved the whole thing into my mouth. Furious and shocked, the lord slapped me in the face, and I fell to the ground. I am sure he saw all his slaves as broken pieces, but I have decided to pick them up and put the pieces back together. I once believed that my freedom was completely gone, but now I feel that there is still hope.

I thought back to the young boy’s back, and just like him, I stood up, raising my own shoulders back, and I looked straight into his eyes. I am human, so I will rise.