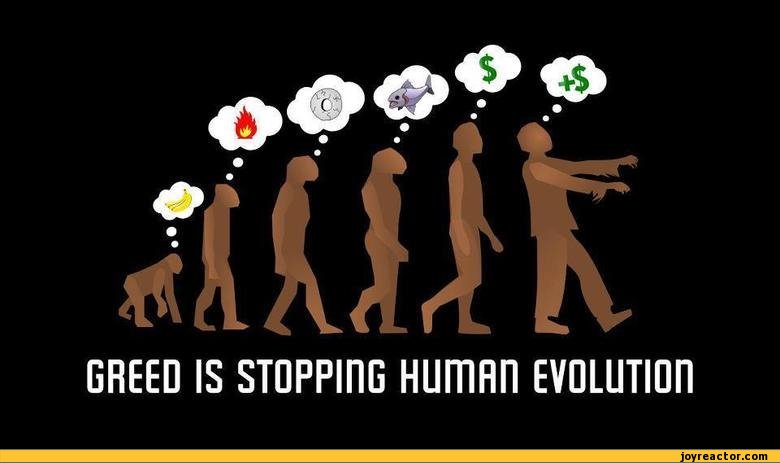 Greed, no matter under which context it is used, is always given a negative connotation. It can be said to be a fundamental human trait: human instinct lies in preserving one’s self. In Macbeth, greed appears to have a unique role: it shifts Macbeth’s identity! Furthermore, Macbeth, at certain points of the play, is even disgusted by his own greed, yet there is a constant change in Macbeth’s perception of himself, mainly between one of disgust and one of complete conviction. Through the ever-changing character of Macbeth, I feel that I’ve been able to attain a sort of idea on the effect of greed on human nature. Greed, whilst causing a rapid shift in the identity of individuals who succumb to it, allows an individual to successfully achieve their goals when it acts solely as a motivator.

As a play, Macbeth, written by the famous (or in the case of some students, notorious) William Shakespeare, has always confused me whenever I tried to analyse it. My frustration at my inability critically analyse the play manifested itself in my furious re-readings certain sections, in an attempt to find a new foothold with which I would delve into a greater understanding of the human condition. But that ended up being quite pointless. My failure to analyse did not lie in a lack of understanding of the play, but rather a lack of understanding of one key character: Macbeth. It has therefore been an extreme privilege for me that this play became a focus of the intellectual minds in English AP, for it was during the various discussions of English AP that I was able to finally comprehend the character of Macbeth. With the given insight, I gave my focus to another question, one that would give me a better understanding of Macbeth, as a play: How can greed be the cause of a seemingly drastic change in character?

Initially, Macbeth appears as a noble, albeit violent, individual, one who is loyal to his country. In Act 1 Scene 2, Macbeth is portrayed as the courageous thane of Glamis, plowing through the enemy forces to behead the rebel Macdonwald. For myself, such descriptions make Macbeth feel inhuman, specifically in battle. He’s the ideal soldier! Yet, with the introduction of the witches’ prophecy, this part of Macbeth begins to waver. Selfish desires within an individual are often able to incite great change within the demeanor of that individual, as shown through Macbeth’s wavering loyalty to his country. What greatness could he possibly be envisioning for himself that would cause him to falter in his patriotic nature? Macbeth’s love for his own self eventually comes to exceed his love for his country, beginning with his disappointment at King Duncan’s choosing of Malcolm as his successor. This change is perhaps due to the nature of greed: often, the imaginations of individuals under the influence of greed run wild, lacking the restraint of reality. Macbeth is unable to notice his changing identity due to his focus on the witches’ prophecy, and he eventually succumbs to Lady Macbeth’s ushering to act out her plan to kill King Duncan. At that point, the valiant Macbeth from Act 1 Scene 1 disappears, replaced by one with an insatiable desire for a title: King of Scotland. Macbeth, aided by Lady Macbeth, succeeds in killing Duncan, and it is from the moment Macbeth kills King Duncan that Macbeth’s conviction in becoming King begins to settle. Greed has devoured Macbeth’s morality. With the fall of morality, Macbeth’s relationships with those around him change. There is tension between him and Banquo. He takes a dominant role in his relationship with Lady Macbeth. Looking at this evidence, one could argue that there is always an ongoing battle between greed and morality; when greed begins to take hold of the individual, there may be a drastic change in character, mainly due to the loss of the individual’s morals to their greed. Macbeth is unable to even bear sight of the bloody dagger used in the killing of King Duncan, for it represents the moment that greed overcame Macbeth, and it is in his disgust that he loses conviction. He disrupts Lady Macbeth’s perfect plan, causing her to have to get her own hands bloody. Disgust can be tied with rejection of Macbeth’s own self when motivated by greed. Some types of individuals dislike to see themselves associated with greed (due to the negative connotations greed holds), and so will go through various shifts in order to distance themselves from any connection with the detected form of selfishness.

The point is, ladies and gentleman, that greed, for lack of a better word, is good.

Macbeth was able to achieve his ambition of being King of Scotland due to his greed for it. Without greed, Macbeth would not have been able to gain the conviction, or perhaps even the idea to kill King Duncan in order to gain his desired title. The same can be said of some successful individuals: greed allows them to achieve greater heights, whether that be greed for wealth, greed for power, or even greed for improving one’s self (which is a rather strange type of selfishness). The above quote is said by Gordon Gekko (skillfully played by Michael Douglas), an individual who has managed to accumulate a vast amount of wealth through stock management and real-estate (his circumstances are definitely a source of bias). Regardless, greed is necessary in the life of the individual, for it encapsulates the fundamental human instinct of survival; however, it is important that greed only remain a motivator, and not become the master of the individual. When greed becomes the master of an individual’s actions, the identity of the individual will drastically shift, shown through Macbeth: his greed throughout the entirety of Act 3 (and one could even say throughout the entire play), shown in his actions “to be safely thus”, causes a major shift in both Macbeth’s character as well as his relationships. Had Macbeth been able to control his greed (which manifests itself in the form of the witches’ prophecy), he would not have gone down his path of treachery. One should not associate themselves too closely with their own selfish desires, particularly at the expense of others; however, one should not come to ignore their own selfish desires, for then they would lose the most primal human instinct: survival.

2 thoughts on “Greed in Human Nature”