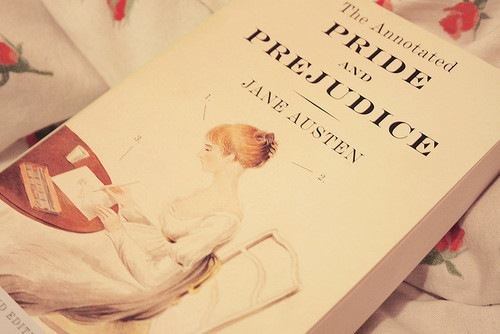 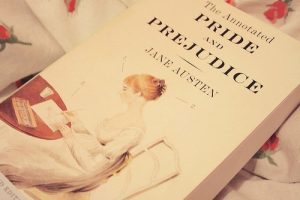 After delving into the psychology behind feminist theory in relation to the famous novel by Jane Austen, Pride and Prejudice, it becomes interesting to study the affect and influence that characters like Elizabeth have on oneself.

Over the course of researching feminist theory and contemplating the ideas Austen put forth in the 1800’s pertaining to marriage, a woman’s position within a social hierarchy, and the idea of opposing the ideal, I happened to learn two essential facts. The first, that it’s hard to be a human- let alone a woman- under society’s conventional expectations of what is socially accepted or shunned. The second, readers indulge in witty-intellectual conversation, which happens to be especially seducing when spoken by a man of pride or a woman of prejudice.

Austen’s satirical approach to challenging conventional restraints in the 1800’s was rooted in the idea of marriage. She very cleverly used a “universal truth” to juxtapose the change she was attempting to create through Elizabeth. However, Elizabeth was crafted beautifully, she was neither a follower nor an outcast for being a leader; her self-assuredness and intelligence were complimentary attributes highlighting the dignity of a woman. The many constraints humans face under what is conventionally acceptable lies in the need for stability and security within society. Both genders face such constraints- men need to be wealthy to find a woman, and women need to be compliant to adjust to her husbands needs. These cycles repeat, not only during the 1800’s but have crept into the foundation for many relationships in todays day and age.

What is fascinating about Pride and Prejudice, is that it unveiled the fallacy behind such stereotypes through “witty and intellectual” conversations between two equals of the opposing genders. Through Darcy, a man of prestige, intellect, and pride and Elizabeth, an opinionated and head-strong woman, we find ourselves-as readers- seduced by the exchanges of our two protagonists.

But why is this? Because we haven’t seen anything like it before. In an era where women are supposed to be the caretakers of household chores and children, there weren’t many opportunities for females to educate themselves and be intellectually “stimulated.” A woman’s life and worldview happened to be shaped by her circumstances.

However, Elizabeth was knowledgeable. She believed in her abilities to make morally just decisions rather than choices driven by societal expectations. And in her confidence of self, we sought to love her through her words and actions. Furthermore, when we see two strong individuals battle each other with wit and perspective, it’s an intriguing action sequence readers buy into. Austen established this connection between Darcy and Elizabeth, as a way to break stereotypes and by doing so created an alluring relationship that both men and women crave. There is something sexy about equality and Austen taped into that reserve to further promote feminism.

What is interesting is how feminism was not explicitly preached to the readers throughout the novel. Rather in a subtle and satirical way, Austen found a way to make it influential; moving past societal constraints, she made equality appealing. Destroying conventions, Pride and Prejudice used stereotypes to define a new reality. The idea of a prideful man lived on, but the archetype of the “damsel in distress” was wiped out. Wealth was no longer a determining factor of marriage for a woman, I would argue respect was.

And through breaking stereotypes by cleverly making intelligence alluring, Austen changed the way women wished to view the world. The affects of her writing have become the foundation behind how women choose to live the way we do today. Elizabeth is not just any other character- she is a manifestation of everything I ideally aspire to be.