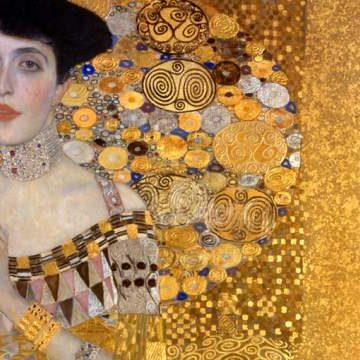 The following serves as both my blog and my “representation” of what I have learned/experienced through our novel study, particularly concerning the novel Pride and Prejudice by Jane Austen.

What strikes me as the most impactful theme explored throughout Jane Austen’s Pride and Prejudice is, personally, the concept of recognizing one’s own worth and not allowing others to bring down said self-worth. Particularly through Elizabeth Bennet, who was written as such an atypical woman in very typical circumstances of the time period, this idea of not allowing yourself to question your worth as an individual was examined. By recognizing her worth, and (gradually) recognizing the elements of herself she could improve on, Elizabeth becomes one of the most well-rounded, grounded female characters written during the 1800’s (and to this day, some may argue). This — this modern take on the reality of females and feminist themes while being written over a hundred years ago — is one of the main elements that allowed my appreciation for the novel itself to grow.

At the same time, Elizabeth’s recognition of her own worth does not affect the way in which she views others, something that initially plagues Darcy’s character. His pride in his value lies within his material wealth and societal standing — Elizabeth’s, on the other hand, lies within her sureness of mentality and intellectual standing. She does not lower her own standards (in terms of the character of another) to find a husband, to secure financial stability, to please her family, because she has such a heavy belief in her as an individual and as a woman.

Now, that is not to say Elizabeth is without flaws; rather, I believe, her flaws lend itself to the reality of her character. She is prideful at times, and judgemental at others, and makes mistakes all the same. The importance of this lies in her ability — similar to recognizing her own worth — to recognize her own flaws. She does not become stuck within a mindset that, because she is sure of her value, she doesn’t need or doesn’t want to change. She does not become stuck within a mindset that, because she can recognize the flaws of others, she does not have flaws. As time passes, and Elizabeth is exposed to new people and new experiences and new perspectives, she is able to introspectively realize the flaws she holds as an individual and gradually work to improving herself in any way possible. She does not improve herself for others — her family, her love interest, etc. — but for her.

This realistic, pointed, grounded approach to writing a female protagonist is what makes the story of Pride and Prejudiced as grounded as it could possibly be in such an airy, otherworldly-seeming society. Jane Austen did not write Elizabeth in a way that would be readily accepted by the male-focused society at the time, and she did not write Elizabeth in a way that reflected the ideals of said society. Elizabeth Bennet was an example of recognizing one’s value and one’s flaws at a time when both ideals were ignored by the majority and quietly celebrated by the minority. For that, she is a timeless, pragmatic, genuine example of what it can mean to be a well-rounded character, individual, and woman.

One thought on “to value oneself”