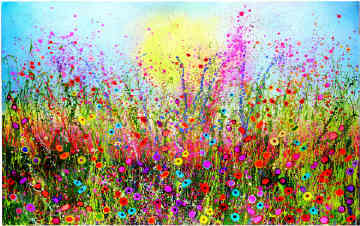 What do these texts suggest about an individual’s response to the constraints of convention or circumstance? (Polished Personal)

Creative Response to Wilmer Mills’ poem “Diary of a Piano-Tuner’s Wife” with connections from the ideas of rebellion and the imagery of gardening.

Theme Statement: When individuals who have been constrained by convention find an opportunity to define themselves outside of these restrictions, they will earn fulfillment that leaves them unable to return to their previous confinements by convention.

When I was a little girl, I used to help my father in his garden. I remember never being able to decide if I loved helping him or if I hated it; you see, my father was severe. He had an unforgiving eye that scrutinised every detail of my work and could pick out the most infinitesimal of mistakes. My father was stern and steely – I think it was because he loved his garden so much that he couldn’t bear the idea of anyone altering the perfection he had so carefully cultivated. I was often the target of his merciless criticism, but I was also my father’s most devoted student.

His lessons were exacting but founded in me a passion for soil and seeds, one which drove me to spend every free moment I had out in the garden with him. Even under the scrutiny of his unsparing eye and even beneath the threat of flinty disapproval at my any mistake, I couldn’t help but develop a love for the feeling of the earth between my fingers. My father methodically planted seeds, each and every year – and he planted the seeds for a green thumb in me, as well. I’ve been compelled to garden ever since.

I remember how quiet my father’s garden used to be. The square garden bed landscape was barren of any ornaments, the lines of trees empty of birdhouses – my father did so hate the choruses of birds and their music. I’m sure even the crickets were forbidden from chirping. I remember my father himself had to pollinate the flowers because there weren’t many bees or butterflies in his garden.

I remember the hours I spent outside, the sun’s glare beating down on the back of my neck. I remember trimming the branches of my father’s hedges to keep them tidy. Most vividly, I remember the vines. 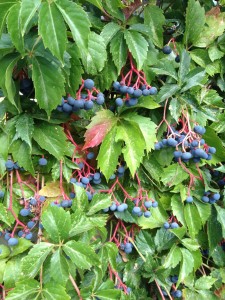 One of my jobs was to monitor the vines and to tie any errant tendrils back to the lattices and stakes. In between the fast-growing snags and gnarls of porcelain berry vines, I would guide the wayward stalks back to the framework to which they were meant to abide and tie them with a strong cord.

In retrospect, porcelain berry was a strange choice of vine for my father to keep in the garden; it was an invasive and willful plant, made of insubordinate appendages that continued to work themselves loose from bindings meant to keep them submissive. In attempting to train the vines and spending fruitless hours trying to hold them back, I came to respect them for their wild insistence. Eventually, I realized that porcelain berry simply could not be tamed – but it was I who would suffer by my father’s hand if the vines weren’t kept neat.

I remember wanting to let the porcelain berry free and allow it to grow as it would. But I shuddered to think of how that would simply not fit into my father’s tightly bound vision and the garden’s perfectly arranged convention.

Sometimes, I did get things right with my father. I arranged large, rounded stones as liners for his garden beds. I combed out perfect lines into the square rows of his vegetable patch. I weeded meticulously, executing dandelion heads on his orders. Eventually, I truly earned my father’s trust – enough trust that when he had to leave us and go to France for the war, he put me in charge of his garden.

It was strange to be in his garden without a stern eye trained on me. There was a sort of alien freedom to it, a guilty joy that I couldn’t help but indulge in. I was in awe of how unconstrained I was; I could do anything in the garden without fear of seeing bitter disapproval etched into my father’s countenance.

Somehow, in the first few months that he was gone, his garden changed for me. It stopped being a place of lines and restrictions, where every move I made had to be calculated and confined to my father’s standards of perfection. Even as the garden was only left in my care because my father dictated it would be so, it suddenly became my garden, not his.

One evening while he was still away, I began to sing as I replanted my lily of the valley. It was a sweet tune that, before I knew it, seemed to be echoed in the song of a bird, who was perched in a nearby tree. I remember being surprised because my garden had never been frequented by birds, but I was also pleased because somehow its presence made me feel more alive.

I remember buying a bird feeder to hang from the tree, and as birds began to come for the food, the seeds began to spill out everywhere. When I saw the shoots from these self-sown seeds beneath the tree, I was taken aback; I think I had forgotten in the midst of my father’s systematic planting that Nature could sow her own seeds. But these curled tendrils of green were beautiful in a wild sort of way and seemed stronger than anything else I planted with intention. And so, I let them grow and spill over themselves, unruly but magnificent as they defied the convention of my father’s garden.

I added a birdbath. Eventually, wind chimes hung from the trees, too, decorating the branches with their ornamental, silver glint. In the newfound beauty of my garden – where suddenly there was sound and life – I found a part of myself I didn’t know existed before. There was a corner of my heart that craved freedom and yearned for the wilderness of the garden to emerge out of the lines my father had drawn to keep himself in control. I found myself aiding my garden as it pushed out of its constraints, growing over the stone-lined boundaries of garden 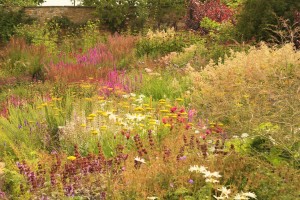 Hens-and-chicks began to bloom alongside mosses in the cracks of pathways, and lichens began to grow in lacy patterns on the garden-bed rocks. Bluebells burst from the earth in azure clusters among the tree roots, like haphazard scatterings of fallen sky. Every morning, I would open eyes to the dawn chorus of flute-throated thrushes, whose songs brought true joy to my garden.

I remember noticing the vibrancy of the porcelain berry vines after they were no longer forced to grow according to the rules. The vines shot out at ecstatic, skyward angles in blithe insouciance, without regard to the convention of their growth.

I, too, began to grow in this manner. There was an undeniable, uncontainable freedom building within me as if the porcelain berry had begun to thrive within my very veins. I remember how clear it became: my garden was meant to be free, and the vines should be allowed to stretch for the height of the sun, even if their flourishment meant they would dance outside the perimeter of my father’s convention. 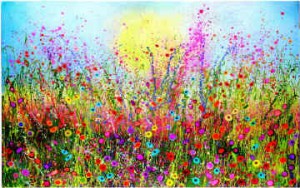 It was so obvious now, that the world itself was not meant to be trapped in a box, that my own spirit was not meant to be wrapped up with a cord – because I would not submit or stay tied, just as the vines would always work themselves free of their bindings. The structure would gradually give way to freedom; his garden’s convention gave way my garden’s raw, primal wildness that my father’s stern hands had tried to suppress.

And it was beautiful! My garden flourished as if to show me what a waste it was that its life until then had been made out of lines.

I remember how happy I was… and I remember how it felt when my father came back – world-weary, chaos-hating, and one limb less than he was when he left – to find his garden unconstrained by the convention he had, for so many years, built into the plants themselves.

I remember the fear in his eyes as he beheld his precious garden gone wild, as he took in the porcelain berry vines climbing up the brick backside of the house. I remember him yelling that his garden had grown beyond itself into something he didn’t know anymore.

I remember responding that I, too, had grown. When my father tried to strangle his garden back into a quiet prisoner of his convention, I simply couldn’t stay to watch. I hope the plants rioted against him – especially the porcelain berry vines.

And then I remember leaving my father to start my own garden.