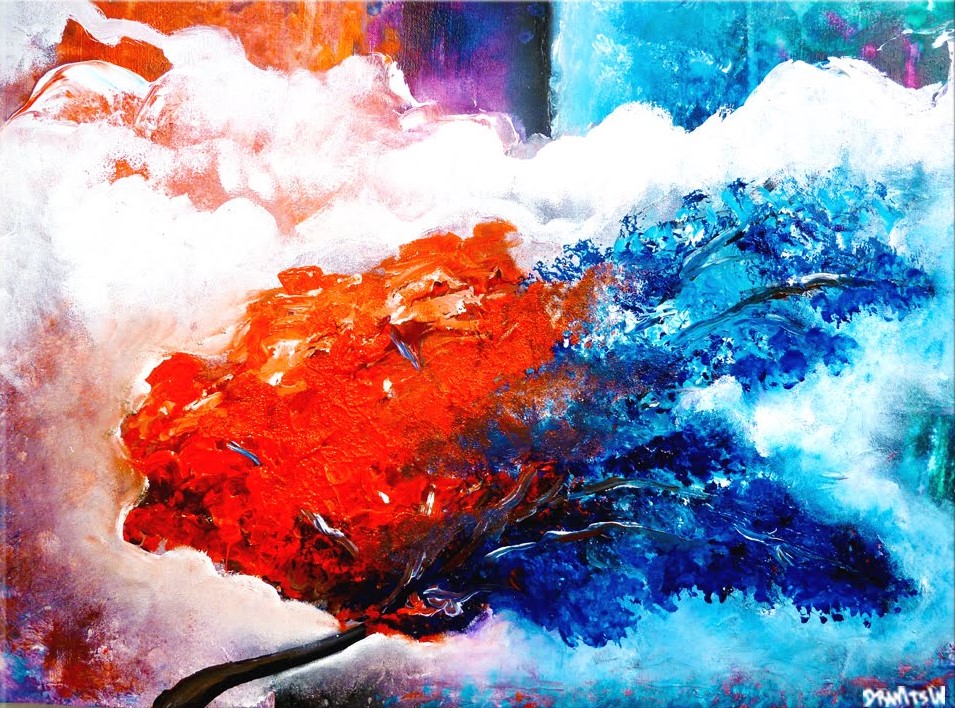 Ice is an unwavering anchor, a cool and handsome medium that can be sculpted to perfection. In ice, there is reason and purity, but there is also a sense of restriction and exile. While the security of isolation can be found, there is also the potential to lose touch with one’s humanity.

Fire is a dynamic force, a hot and wild power that cannot ever be fully controlled. In fire, there is passion and freedom, but there is also inconsistency and danger. While the warmth of companionship can be found, there is also the risk of being burned. 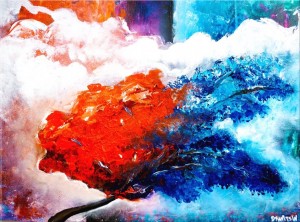 Between these two elements – in each and every individual – there is a battle for dominance. This internal conflict is personified in the form of Jane Eyre, the title character in Charlotte Bronte’s novel. Through fire and ice imagery, Bronte illustrates the symbolic attributes of these images and explores how an individual may be influenced by them. The fire and ice imagery at beginning of Jane Eyre predominantly relates to themes of companionship and isolation, but there is also an underlying thread of fire and ice relating to passion and reason, which is woven throughout but becomes more prominent as the narrative unfolds. As well, it can be seen that Bronte ties her each of different locations to one of the elements so as to highlight the developing maturity of Jane through flames or frost, beginning with Gateshead as a fire-based location.

At Gateshead, Jane is isolated from her family and often feels angry towards them due to their treatment of her. Throughout her time at Gateshead, images of fire and ice are used to juxtapose the Reed family companionship with Jane’s solitude; for example, in the scene where Jane sits in the window-seat and closes herself off by drawing the curtains around her, both fire and ice are utilised to describe the situation. Fire is used when describing the family unit of Mrs. Reed, John, Eliza, and Georgianna, who sit together by the hearth in loving companionship, while Jane sits isolated in the window-seat, looking out at the bleak, icy landscape. It is here that ice is initially established as representative of desolation and exile, while fire is likened to love and companionship. 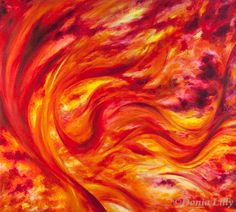 However, as the narrative progresses, fire and ice each earn themselves new meanings. Through Jane’s ebullitions against John Reed and Mrs. Reed where she is characterised as a “picture of passion” (8), it can be seen that the fire is employed as a representation of her rage against maltreatment, and takes on the symbolism of rebellion and anger. 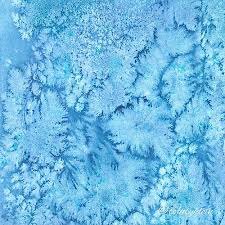 Ice as well continues to make appearances; at Lowood, for instance, the “water in the pitchers, [which is] frozen,” and the bitter temperatures which cause Jane to “[feel] ready to perish with cold,” (63) both serve to amplify Jane’s sense of loneliness and her feelings of alienation. As well, through the coldness of Lowood, ice also becomes a symbol of conformity and expectation. Where there is ice, it follows that there is a sense of adherence to accepted rules and roles. Lowood, therefore, becomes a location of ice in its despondency and its observation of propriety.

Despite learning to temper her ardent nature at Lowood, anger, ambition, and passion continue to be expressed through fire. Upon arriving at Thornfield – a location of fire – Jane describes the first room she comes upon as having a “double illumination of fire and candle [which] at first dazzled me.” (111) The immediate revival of fire imagery, which was somewhat lacking in the cold of Lowood, represents the reigniting of Jane’s suppressed spark of passion and marks the transition into a fire location.

During her time as governess at Thornfield, Jane paces along the third story corridor and relates the restlessness of her ambition to fire. Fire continues on to describe passion and love as well; almost every encounter between Jane and Mr. Rochester happens by the fireside so as to illustrate the emotional aspects of the situation. Rochester himself is a personification of passion, which is displayed throughout the narrative and is highlighted when Jane states that “[he] certainly [is] rather like Vulcan.” (556) By relating Mr. Rochester to Vulcan – the Roman god of fire – Bronte further emphasizes the passion that he embodies.

In Jane’s time at Thornfield, however, the darker side of fire is also established. When Rochester’s mad wife, Bertha 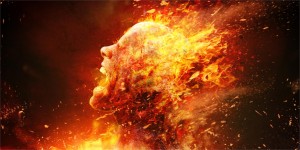 Mason, sets fire to his bed, Jane describes how “tongues of flame [were] darting around… in the midst of blaze and vapor… the very sheets were kindling.” (187) Bertha’s use of fire to demonstrate her suppressed passion is a physical manifestation of Jane’s psychological rage; just as Bertha’s disturbed violence is literally expressed with fire, Jane’s rage is expressed through figurative depictions of fire. Bertha becomes the symbol of extreme passion, and her character serves to exemplify the consequences of attempting to control passion that is ultimately irrepressible. In relation to Jane, Bertha’s fire and her insanity serve as a warning for what a complete surrender to Rochester – and thereby a complete surrender to passion – could result in. As a physical representation of Jane’s inner flame and a personification of passion’s consequences, Bertha’s fire reflects this element’s untameable danger.

Ice, alternatively, continues on to describe isolation, restrain, and emotional emptiness. Images of ice make a reappearance when Jane begins her emotional divorce of Rochester after learning that he is married to Bertha. The scene in which Jane contemplates the implications of this discovery shows how desolation and exile are reflected in her icy description of the landscape: “a Christmas frost had come mid-summer… ice glazed the ripe apples, drifts crushed the blowing roses; on hay-field and corn-field lay a frozen shroud.” (300)

In her decision to leave Rochester, Jane undergoes moral and emotional turmoil, and it is here that the dichotomy between reason and passion is intensified. In her response to this situation, Jane relapses into a state of ice and 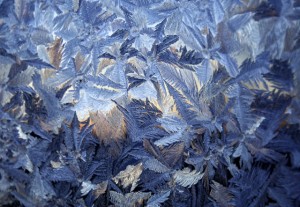 reason, which is noted by Mr. Rochester: “You are passionate. I expected a scene of some kind. I was prepared for the hot rain of tears… but I err: you have not wept at all! I see a white cheek and a faded eye, but no trace of tears… Nothing to cut a feeling or sting a passion? You sit quietly where I have placed you, and regard me with a weary, passive look.” (227) His words recall the definition of ice as a cool and unemotional substance that can be sculpted and controlled, able to be hewn to any form where it will remain fixed. Jane, in this instance, has reverted back to ice, wherein she “sits quietly where… placed” and suppresses emotion behind the distance of “a white cheek and a faded eye.” (227) Jane’s eventual decision to leave Rochester exemplifies how the reason and logic of ice compel her to comply with the cool discipline of her morals and estrange her from the fiery emotion that might otherwise tempt her to stay. In ice, she is restrained from accepting the passion of Rochester’s plea for her to stay and instead accepts the societal conformity that she must not be with him.

Jane’s journey to Marsh End and her time at Morton are both reflected by ice. Throughout her trek from Thornfield, Bronte uses a significant amount of imagery relating to the cold and the emptiness Jane experiences and encounters. After spending some time at Morton, her cousin Mr. St. John Rivers – who is described as being “white as a glacier” (482) and is likened to ice and cold rock – proposes to her. St. John is a man of ice with a disposition of cool reasoning and who lives in emotional detachment to the point where he totally suppresses his love for Rosamund Oliver. He is of stark contrast to Mr. Rochester, whose passionate and emotional nature is aligned with fire. These two men are juxtaposed in the qualities they embody, and it is St. John’s ice, which also represents conformity, that would be the logical and proper choice for the morally pure Jane.

However, she returns to Rochester, who has been wounded by Bertha’s burning of Thornfield. It is this physical 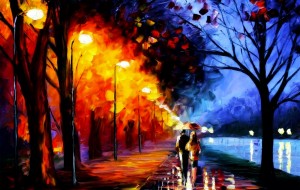 damage that purifies him and acts as a baptism by fire. Thereby, Jane’s choice of Rochester is, in the end, is a reconciliation of the conflict between reason and passion – she has abandoned the extreme of reason in the form of St. John and she returns to Rochester only after Bertha, the extreme of passion, is dead. Both Bertha and St. John’s deaths represent Jane’s reconciliation between fire and ice. St. John’s death demonstrates the danger of icy, over-careful reason without emotion; conversely, Bertha’s death in a conflagration of her own creation shows the danger of fiery, impulsive passion without forethought. With both extremes in fire and ice gone, Jane can resolve the tension between her reasoning and passionate natures, whose reconciliation is reinforced by a lack of fire and ice imagery at the end – instead, Jane and Rochester live in “perfect concord.” (459)

By balancing the wild companionship of fire and the cool stability of ice, Charlotte Bronte’s Jane Eyre has found harmony and is able to pursue a life without internal conflict, as Jane finds it is indeed possible for the dominance battle between these two elements to end in peace.

2 thoughts on “Flame and Frost”