You know what I don’t get? How someone could possibly devote so many precious years to spit on the impossible and devise the unthinkable. To the point where sewing together parts of carcasses, making sure the veins and arteries are functional, if the eyes can look left to right and up and down, if the stomach can break down and the intestines can digest. Then resuming by putting in two hearts and four lungs to sustain a massive frame and a brilliantly constructed brain – which would also require the use of delicate hands, and the thing should be more difficult to put together than the entire body as a whole!

But back to the point. Now certainly it would require the genius of a mad one to passionately build a “human” of your own design without the use of a woman. To create your own bulk of this mutilated and grotesque child. But it isn’t after he does the impossible, and he brings this machination of flesh and artificial love that he realises, “Omg, what did I just do?” Like, bro, you were sewing god damn carcasses together. After all of that, what made you think it wasn’t a good idea!? Then you just push it under the rug without telling anyone! Well, I mean, you did push it out the door alright. Goes off on a murder spree for the sake of proving of a point AND kills your wife on your honeymoon just because he could. Well done.

Like, I’ve seen some mighty good cowardice in my days that would put Scooby-Doo and the Cowardly Lion to shame, but this certainly takes the glimmering pedestal of ignominy. But ignoring his twisted way of thinking, which is one of the most perplexing things you can find in of Frankenstein, there’s another kind of flaw in the whole science fiction in the matter. And that’s the plausibility of the Monster.

Could he exist?
Well, considering that we’re in the modern day and science has taken larger steps than Mary Shelley could ever possibly dream of, we still don’t see a lot Monster wannabes running around (For our information at least). But it’s probably for the best.

Now, it’s no foreign concept that one of the medical or maniacal profession can affix various non-living body parts and limbs to a live one. Those are transplants.

But we’re talking about stitching together a body out of scratch with the lovely donations of the deceased. Taking dead organs, making a dead creature, and then proceeding to give that mash life. Done under the power of Zeus of harvesting the power of lightning and essentially jumpstarting the Monster’s hearts (AKA: your Victorian-esque defibrillators), they start beating, the blood starts gushing, the creature starts breathing, air is taken in, cells are restored and relieve their waste, and CO2 goes out. Wonderful, ain’t it?

Though it’s not the matter of harvesting said organs and limbs and putting them together in your rather deviant game of Surgeon Simulator, but it’s the whole series of complications that have to do with the noggin. The brain. Extraordinary little thing. It literally took millions of years to get it to the point to where it is today; this genius natural advancement. Probably one of the most innovative designs to ever roam earth (Yes, they’re mobile. GASP).
And yet, the most advanced of the bunch still pulls nonsense like this. 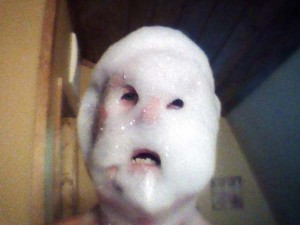 Anyway. The brain. So when a person dies, they can either be clinically dead (when the heart and lungs stop functioning) or brain dead. Brain death is the ultimatum, since you can technically come back from being clinical death. It’s also kind of twisted, and a play on the meaning of ‘death’, but what can you do?
Like I said, brain death is the point of no return. Where your genius is stripped of oxygen and there’s no hope of plopping your brain in another body in the hope of you just being you again. That’s not at all the case. Brain death is irreversible. (“But pa, that’s not fair!” “Life’s not fair, kiddo!”)

When a body loses oxygen, it’s always the brain cells that are the first to go, lasting a solid three minutes. No chance of getting those back either. YOU IS GONE.
Doesn’t matter if you can recover a rotting brain from a cadaver and successfully attach it to your machination of madness. There wouldn’t be much left in that bit of mesh. (One would argue the plausibility behind brain transplants then, since those seem to happen. Yes, but those brains are new fresh. When someone is need of a brain, they’re clinically put to death and when a brain is available, it’s put to “ice” which would let those brain cells survive for a bit longer. The exchange needs to be immediate and it’s most rare.)

Which would mean our friend Victor pulled a lot out of his arse in order to pretty much make a brain of his own. Which is beyond me and far more than what I would care to dig into.

So, let’s say that Frankenstein did do the unfeasible and created a person out of scratch, with, mind you, the various tools that he had at his disposal at the University of Ingolstadt in the early 19th Century! (These people didn’t even know dinosaurs existed! All bones of inhuman origin were thought to be of a species of giants that died on earth long ago. The more you know). Let’s say the monster was created, whose body was functioning with the full capabilities and articulation of an average human and then some, with a brain it could miraculously use.

It still leaves one question unanswered. One question that has been glossed over time and time again and very few people have ever entertained the thought or doubt of the possibility of a certain bodily function of a fully-functioning Monster, and such a proposal has the potential of changing some context and meaning within the novel.

Does Frankenstein’s Monster have a penis?

Yes, I know it’s a ridiculous question. I mean yes, I think Victor would be smart enough to let the Monster have a urinary tract to relieve himself, but does he have a working organ to allow him to have sex?

Often times we refer to the Monster as an it. (But disregard me who keeps calling it a he.) I mean we call him a he, just as the same as we mistake ourselves in naming the monster as Frankenstein. A lack of identity could also have to do with a lack of orthodox gender. He apparently looks like a male, talks like one, has a lack of certain womanly anatomy, and has referred to himself as a male; especially in the case of him talking to Victor about creating a female companion for himself. But does it necessarily mean he has the working parts? An organ that produces sperm and allows for reproduction. Would Victor think it necessary to allow the Monster the means to reproduce?

The Monster was created as an experiment. The first of its kind. Proof that reanimation can be the means to a whole new age of science and medicine, and creating actual people without women. Everything that Victor has done for the sake of the Monster was so that it could live. It gave it things that were essential. A brain, hearts, two sets of lungs, everything to help the Monster survive and live on its own. But where would a sexual organ fit into the essentials? And surely, Victor, while still overcome with his madness, probably had some sense to have a fail-safe. In case its creation did run rampant, at least it wouldn’t be tempted to give into the natural order of things and attempt to reproduce… whatever that means may be.
And there’s also the whole matter of making a working sexual organ. One that needed to direct blood when need be and produce seeds at a constant and consistent rate. It’s a whole matter of its own, and again, is another convoluted matter that would take loads of time to conceive. I’m not saying that Victor wouldn’t take up the challenge TO actually do it, cause he would. But I wouldn’t say it’s on his list of priorities. The whole point of this act of Lazarus is to see if he could create a creature that could live on its own. It was a test-run. And if it could, surely, he would be funded for his works and progress it to even further heights LIKE sexual reproduction.

But to counter that point, one would argue, as stated earlier, that the Monster did ask for a female counterpart as opposed to male. And while it is absolutely true, I also think that his want for a female goes beyond natural reproduction. His want for a lover, a wife. Someone to love him and give him affection. The same kind he’s been lacking from the moment he was born. He wanted a proper relationship. One that was judgeless on appearance and creation. He’s read Paradise Lost, he knows how this works. He knows that there’s supposed to be man and a woman in the ways of the human for a relationship that goes further than just sex. If anything, he understood what it meant to be human far more than Frankenstein ever could.

But that’s just my two cents. 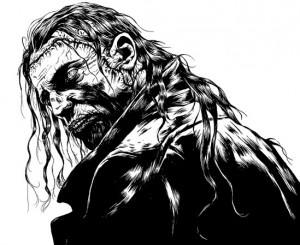