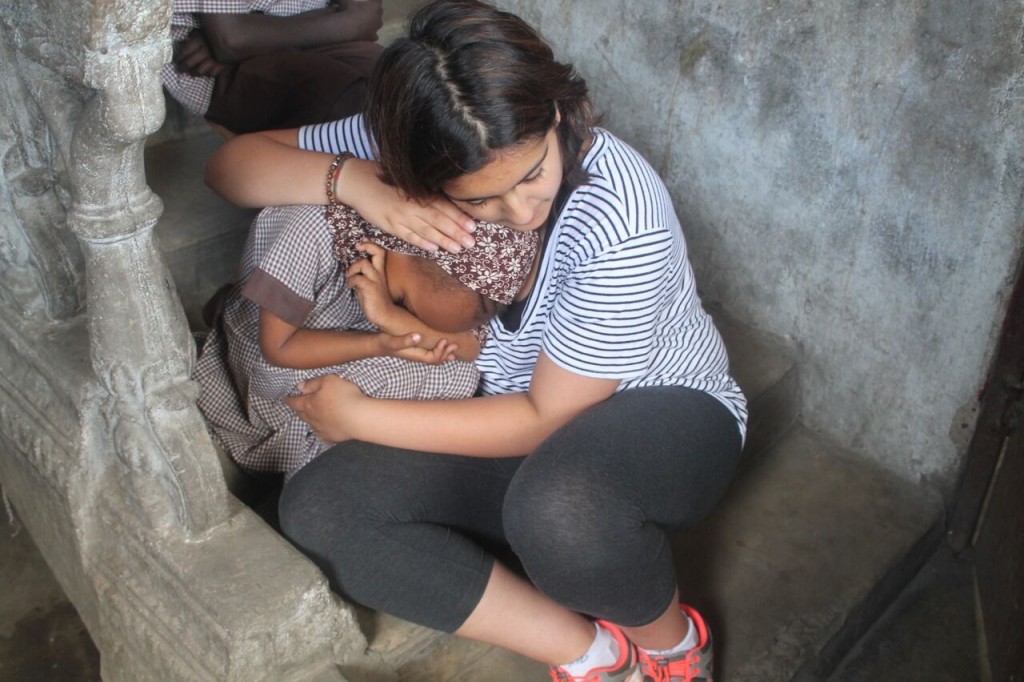 Jambo! Habari Gani? Mzuri? Mzuri! And that was it. My level of competency in Swahili reached a grand level of four words. And that’s where verbal communication ended. I didn’t literally comprehend what the children were saying, but their eyes expressed all that needed to be heard. Our relationships weren’t based on anything that could be said, rather were built upon tight embraces, energetic high fives, and the silence in-between that spoke volumes in a crowded room of ninety broken hearts.

Each child has a story. Suffering arrives in various forms: abuse, the death or absence of both parents, homelessness, famine, prostitution, disease, and so forth, but Love never dies. I recall my first encounter, the anxiety rising high in my chest as I walked through the narrow slums- head down, avoiding eye-contact with my back-pack slung in-front of my chest- excitement, fear, and doubt were tangled into a ball of anxiety rising up and into my throat. Until we finally arrived and all the voices in my mind were silenced by an embrace so tight, that I forgot who I was, where I was, and why I was. I simply just was. His name was Muhammed, he was probably no older than 4 years old, wearing a plaid-stained shirt and a smile that radiated a want to be loved and to love.

He wasn’t the only child who expressed such desires, in fact all of them did. Perhaps the only difference was that age brought with it a sense of trust or lack of trust- a need for tactile affection verses a need for verbal validation. But at the end of the day, the desire for love is rooted in an up-bringing where affection simply does not exist.

Simultaneous with our service site visits, I was required to formulate a research project, Capstone, where I used primary sources to develop a perspective around a topic of my choice. Evidently, my experiences with the children of Noor became my focus, for my curiosity arises in attempting to understand the interplay between affection and the psychological development in a child’s life. How did the lack of affection affect a child’s behaviour? Their worldview? Their ability to trust?

My over-arching question stood as follows: How does the lack of affection affect a child’s psychological development?

I attained my data through hands-on observations working with the children, interviews with the Madrasa’s head teacher, principal (Madam Vickie), Early Childhood Development Specialists at Frigoken, and ECD specialists who happened to be our mentors at Global Encounters and the Aga Khan Academy Mombasa.

To summarize my findings, I discovered that with a lack of affection in the pivotal years of a child’s development, brings with it a sense of vulnerability. This vulnerability triggers a need for validation and constant control. I worked with a little girl, who displayed this want in her fight for tactile affection. She would instantly become aggressive whenever another child, her friends, were receiving more affection than she was. This behavioural reaction stems from a lack of security present throughout a child’s early years.

But this notion of vulnerability doesn’t only have one response, many children will isolate themselves, in fear of another understanding or relating to their pain- to their open wounds. However, others crave to be understood, heard, and nurtured. From my observations, with the passing of age, children who’ve experienced trauma and haven’t received the love essential for their development, tend to be more closed off than the younger ones. I infer that this also triggers a lack of trust; in many cases with the older students building trust was a process and in most scenarios was not acquired immediately.

That being said, all of these findings are just a surface level understanding of an evolving concept truly rooted in the famous debate of nature verses nurture. As I continue to research and explore such a broad concept, I realize that I may never find an answer, but the exploration itself provides me with a better understanding of not only child development but also the human condition.

Love is a universal need, not a want. And as I reflect on my research, I realize that not only children in poverty crave affection- we all do. No matter where you live in the world, we all lack it. Why? Well that’s another research question in itself, but I do know one thing for sure: beyond words and verbal and non-verbal language, is the language of love. And that language everyone understands.

One thought on “The School of Light”