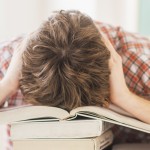 When report cards were released classmates  become competitors, and the only things that mattered in that moment were the numbers on a page. Report cards instead of being treated as reflections of the time and energy one is putting into their education, though frequently inaccurate, they became a symbol of one’s true self, worn like a scarlet letter. They should be numbers that allow for a moment of much needed introspection and self improvement;however, this simply isn’t so. Report cards have become a set of numbers that bid children against each other to determine who is not only the best, but to also determine their self worth. Keeping in mind that many of these children are already struggling with issues of self worth adding the burden of a percentage also telling them that they are not good enough is saddening. Now I for one am someone who believes someone’s value to this earth is simply not determined by their ability to solve algebra problems. Their worth to those who love them isn’t fated by whether or not they can construct a sentence to an all too subjective standard of excellence. One’s self worth and intelligence need to be separate for the benefit of one’s mental health. Aiming to do one’s best in everything is what should bring about a sense of pride not being the best  in a temporarily relevant contest.

On the other hand, individuals should be allowed to celebrate the outcome of their hard work without being guilted by their, at times, unwanted audience. When people insist on labeling others with tags such as “smart” or “not innately an idiot but clearly incapable of anything more than what they are currently achieving for that is simply ridiculous,” and everything in between, the one’s who have been labelled feel as if they must live up to this title forcefully bestowed upon them. There is all too much pressure put on someone to consistently be smart as that means they can never make mistakes or be happy with something below someone else’s standard of excellence. While there is far too little pressure on someone who has been given a label that implies they’re incapable of achieving greatness! What reason do they have to believe in themselves when everyone else has given up on them? I believe that if someone is seeing improvement in themselves they should be most certainly be happy, their label should not be the thing that defines whether or not their mark is good or not. Moreover, the idea of good is different for each person if someone is not close enough to know what your personal standard of excellence is they have zero right, in my mind, to tell you how you are doing in school.

Finally, I am appalled the magnitude of individuals who assume that I, or any other unsuspecting victim, would like to share my marks with them. Not only is this rude and done in total disregard of my privacy, but then they are put themselves in a situation in which they have to pretend to be happy for me if they didn’t do as well because their violation was done in hopes of comparison. Or worse off, they stare as if they were a child waiting for me to ask how they did so they can gloat about their non existent victory over me! People who are doing this in hopes of keeping me accountable I can appreciate because from time to time I most definitely could use the encouragement. That being said, when it is done to compete I think it is so unnecessary and just make things unbearably awkward. There is no mutual support or any form of encouragement, it is done to allow each of us to be placed on a scale of numbers that rank our value. The people at the bottom of this scale are few and far between; for example, one of types of people at the bottom of the scale that I have had the pleasure of dealing with is determined to place themselves on the scale to receive sympathy from me, they are left disappointed when they receive apathy instead. At times I have allowed myself to feel poorly for them but in all honesty all that does is enable self-pity. They talk about how they want to do better, achieve more; however, when the time comes to work harder they do nothing! They’re left disappointed in themselves once again, and so the cycle continues. On the opposite side of the scale, there are the people at the top of the scale who are also a very diverse group of individuals. One of the types of people who is at the top of the scale is motivated to stay there simply to continue to think they’re better than the ones below them, which is not so. These type of people who are at the top of the scale thrive off of comparison to belittle people for their own momentary satisfaction. Sadly, I can say that I have been in both of these roles and can honestly say neither ever bring about any satisfaction or increase in self worth that lasts for more than a moment. Of course, this is simply an observation of two types of people on the scale, there are many people who are on either end of the scale and are quite tolerable to be around; in fact, some are even quite pleasant.

All in all I don’t believe that report cards need to be abolished or what have you because they do give wonderful insight into how well an individual is doing in their own eyes and where they need to seek further improvement. What I would like to see changed is simply have a tiny phrase printed at the bottom, “You are not a number.”