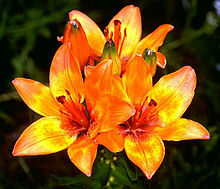 In the time of the Kigiku Empire, ruled by King Suisen II, the royal family produced a single daughter named Shirayuri before the Queen tragically passed away. She was raised in the most richest, and glorified way, showered with presents, jewels, and valuable merchandise, shielded from any darkness of society. She was living in such a carefree way, perhaps almost utopian like, that she did not realize any of society’s ways. 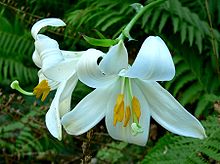 As a child, I had always played with my cousin, Sayuri, after my mother had passed away. He would make me smile, laugh, and forget the pain; the memories that I had hidden deep in my heart. In truth, when I picture the face of my mother, I no longer remember her. But what had replaced my pain was for my love for Sayuri; my gentle, kind, saviour, rescuing me from the depths of depression and sorrow.

I caught the sound of his voice, breaking away my current thoughts about my 16th birthday coming soon. He was walking behind my father, the King, laughing melodiously at something my father had said. I smiled, my furrowed brow eased into a warm, welcoming face as I tried my best not to run full speed towards him. Sayuri’s face lit up when I saw him, and after exchanging polite greetings, he laughed, saying that I did not have to be so polite to him, which inevitably resulted in my face turning into a very red tomato. He patted my head, walking away to talk with some other lords. He seems to still treat me like the kid I was ten years ago.

I thought of the memories I had with Sayuri, as a child he was a frail and sickly, but he was also gentle and kind. The person I had fallen in love with, was only an illusion. My poor torn, broken heart. No, he broke my mind and very soul. Hate seethed inside of me, and like a helpless mosquito caught in a spider’s web, I clung to it.

“You TRAITOR!” I screamed, were the last two words that came out of my mouth, before I too, felt the glistening sword slash against my throat.

I used Japanese flower symbolism (Hanakotoba) through out my story.