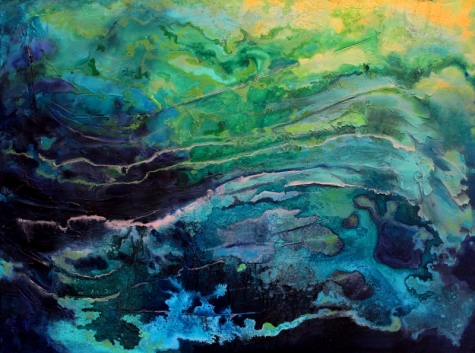 My sea is layered and lively, a collection of every part of me and unrestrained in the candor of its being. My sea is me.

Their sea is surface and simple, a fraction of the truth and limited to what they are able to decide I am. Their sea is what they think of me.

My sea is made from buoyant but unquiet waves, where billows of trouble roll beneath surges of joy. There is a stillness to my sea and a wisdom in the gushing swells but beneath its quivering murmur, my sea writhes in the current of my veins. 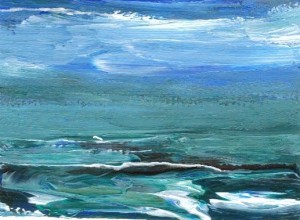 Yet their sea is perpetually still, sweet in the whispered lull of its mermaid song and undisturbed by anything beneath the unbroken hush of its water. Small swells of the ocean kindle a symphony to the rhythm of its humming, human heartbeat; smooth slips of seaweed wave their arms like conductors to the great concert of metronomic wave music.

My sea doesn’t sing; it screams! It has a tongue that licks its own wounds because it has learned how to weather the darkest of storms, even though doing so knits salt into the tide of my bloodstream. It has waves for hands that gently guide the vessels of mankind, but when they must, they build into torrential crests before curling into fists and crashing into a gasping lurch of billowing waters. In its contradictions, my sea is part mother and part monster, half malevolent and half meritorious.

Yet their sea never doubts that everything is as simple as it seems, and their sea is paced to rise and fall in steady harmony with its blue pulse, unmarred by darker currents behind its face.

My sea is both parts good and greedy underneath the skin. It is of an incomprehensible depth beneath the mirror-like canvas of its surface; my sea hides away catacomb caverns and resplendent mountain ranges. In darkness, its water can numb the mind to morals and its gravity can sink the steadiest ships in the wake of its mere disdain for mankind’s disturbance. But in lightness, my sea bends to fit the arches of anchors, cradles the curves of lifeboats, and douses beaches in the dreamy slide of its soothing bloom just so it can kiss the sand to sleep. 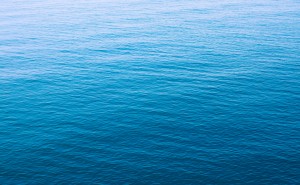 Yet their sea changes very little, its mood rising and falling with the ebb and flow of the tide, never unexpected, never intense, never dipping below the goodness it irradiates.

My sea coaxes the soil to unravel, talks strangers off of cliffs, and offers oblivion in the drainpipe depths of whirlpools – and my sea also carries the drowning and half-dead onto the mercy of flax-gold beaches. With the rising of the tide, my sea can overturn its fluid coverings of charity and expose the layers beneath, both villainous and virtuous. The tumultuous dynamic of my sea grinds seashells into sands but presses sands onto the raw scrape of land so as to smooth it into something more forgiving.

Yet their sea is clean and quiet, one-sided and seemingly wise, flowing in the timelessness of its apparent brilliance. It is a swirl of nature’s grace that swells to crescendos when it collects the ripples made by every drop of rain falling into its depths. It gathers the lonely rain and forges its own sea-song, taking in the droplets of heaven’s drizzle and building it into an orchestral seascape of slowly fluctuating currents. It vaporously exhales its mist and wears the fog like a sash to prove that it is worthy of praise, that it cares for the displacement of refugee rains.

My sea battles with the rain. It doesn’t storm often but when it does, my sea thrashes in a torrent of twisting, 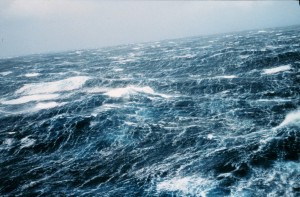 foaming waters. The carnivorous ocean stirs as bullets of rain pelt its body, and from the fathoms of its being my sea growls. Mountainous waves rise and lash out at the rain, trying to devour the sky’s tears. In its fury, my sea consumes every drop and bullies towers of water to rise and catch the rain in its gaping jaws. In the midst of its incomprehensible rage – just when the screams of its hunger are ready to deafen every sailor – my sea folds itself back into serenity. In its madness, my sea tucks the layers of storm back beneath its surface, keeping its identities contained but alive.

Yet their sea never rises against the rain; their sea isn’t perfect but it always accepts the droplets coming its way. It never seems to stretch beyond the horizon, never lifts its surface to show any pernicious piece of itself.

My sea is unashamed of its power and is unafraid of its peace. But my sea is only every seen for what it is by me. The few times it has been sincerely seen by others, my sea’s truth was only ever experienced by the drowning men and women who catch a glimpse of the layers beneath before water rushes into their lungs and carries their life away with the tide.

Yet their sea, though easy to find and easy to see, is incomplete: it is a fragment of everything my sea is.

My sea so much more than everything that eyes who look upon it realize.

My sea is layered and lively, a collection of every part of me and unrestrained in the candor of its being. My sea is me.

Their sea is surface and simple, a fraction of the truth and limited to what they are able to decide I am. Their sea is what they think of me.

Their sea is nothing compared to the force of the real me.