The French soil, once proud and green, now lay decorated with shells and bodies; metallic might and the hearts of men laid along with what they stood for. Cannons and tanks stood at the rear to push the men forward through the earth and fire of conflict. Each gunshot was a heartbeat. A willingness to stand up for what was righteous was put not into words, but action, as each trigger pulled was a flicker of freedom. Each life taken was a choice made by those who knew victory was beyond the hill and machine gun fire, through the German power, and after the battle was won in the name of their country. This was the battle of Vimy Ridge. 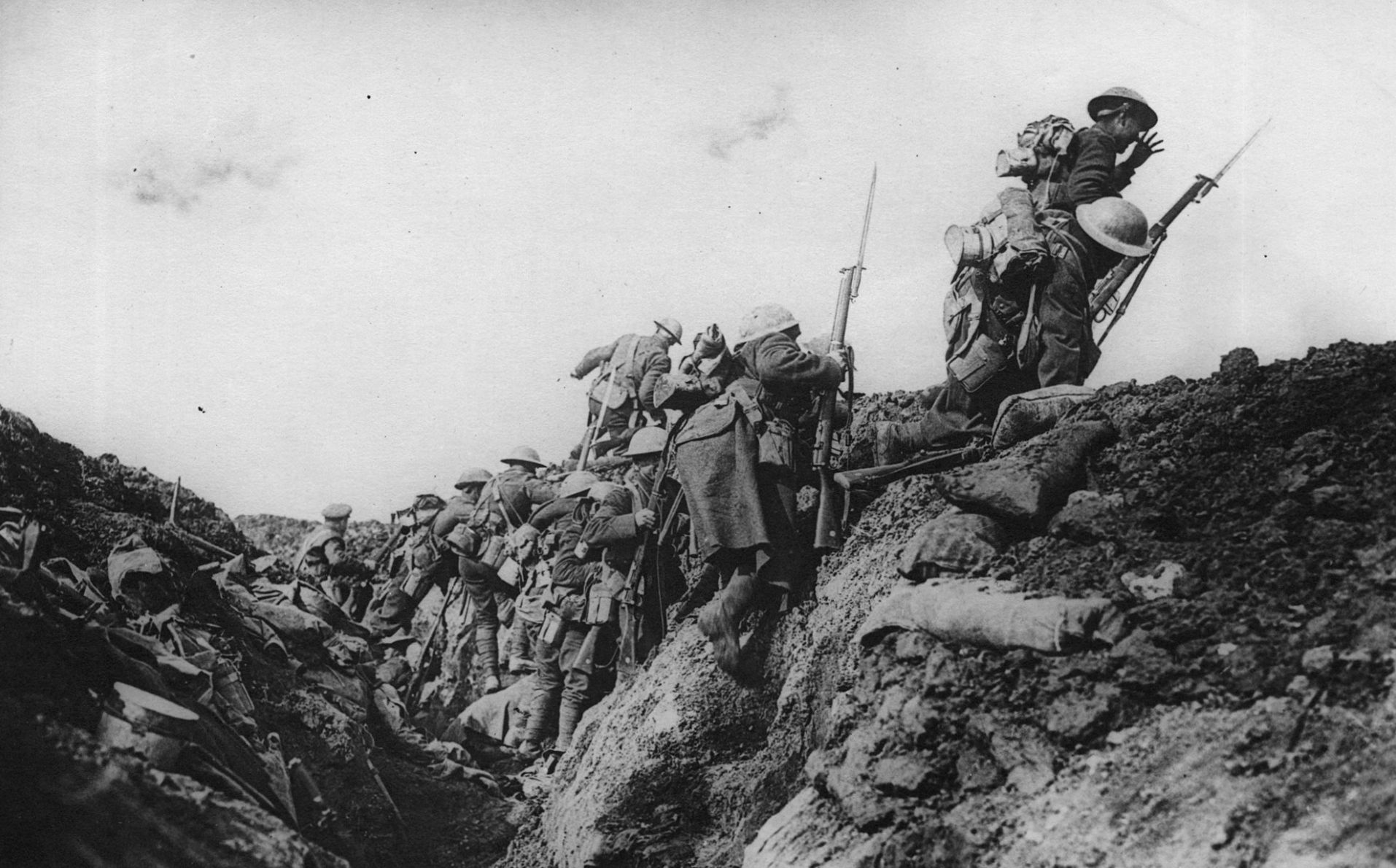 Four men sit in a trench, each of different cloth than the other, yet the same in blood. Their uniforms, brown and caked in mud like a canvas painted by artillery fire, line up together in the earth. The front line has pushed them far enough to the front that the echo of machine gun fire is loud and ominous throughout the air above their heads. Each man knows they could very well die in the very earth dug in the conquest for hope, but they remove their helmets to breathe a sigh of relief, as they know that war always brings peace.
The first man is a teacher, and has learned and taught about the conflicts humanity has faced time and time again. He joined the infantry because he did not want to lose the history he was teaching to those that would squander it. He lights a cigarette he kept in his pocket, breathing in the fumes and exhaling a sigh of smoke from his mouth.
The second man is a lawyer, whose profession, he believed, never really changed. In his life, he stood up for justice of the individual, applying law and ethics to every case he ever faced. He faced the judge in every case, and fought for freedom where he saw fit. Now, with a gun in hand, he does the same for not just one’s better, but those of many nations.
The third man is a priest, devout to what he believes and yet a man of action, in his community and in the trenches. He wipes the sweat from his brow, and holds his cross. In the community, he was known to stand up to troubled youth, those whom have committed sin against God and His will. Even if they were violent, he would endure, and bend his own tolerance to understand the other. He believed the war was God’s punishment, so he set out to spread his faith to the men of his ranks, and atone for the sins they had.
The fourth man is a husband, concerned about dying, yet more afraid of losing his wife. He is younger than the other three men, and he only got married immediately before he was called to duty. In his young life no greater a struggle did he find than finding the nerve to propose. He pulls out a locket, his wife’s photo inside the metal casing. As he left her, he knew the last kiss may have been their last, but he raises his rifle in hopes that he will return to see her again.
Four men sit in a trench, each of different cloth than the other, yet the same in blood. Their uniforms are brown, but the banner behind them is red and white. They adorn their helmets once more, and dust off their capes and coats. A maple leaf pin is stuck onto one of the men’s overcoat; a symbol of hope for the future ahead. Machine fire overhead has halted, and the time has come for to push up, for the last time. Trench is hopped and the four men rush ahead, each letting out a roar of triumph as the earth beneath them is pounded by their boots; behind them, an entire army of Canadians runs at their backs.
In every life, there comes a time where personal adversity can no longer be avoided. Each man, before they were soldiers, were courageous in their own rights, as what they stood up for defined their own morality and life. However, it was this courage faced by every individual that unified the country in the battle, as each man’s courage built up the collective bravery of Canada. Canadian’s are some of the most diverse peoples in the world, and every individual’s integrity is altered by the courage they demonstrate in any situation, whether it be for country, or for themselves.

One thought on “Courage of the True Patriots”