So often we see the same cautionary tale repeat itself throughout time, history, and religion: the story of god creating man and forbidding him to act on the foundation of the human condition – desire.  In fact, one might argue that each corner of the Earth uses its own version of said story to punish the idea of indulgence and temptation; for example, Christianity’s Adam and Eve, Greek Mythology’s Prometheus, and even through literature such as Mary Shelley’s Frankenstein.  Embedded in each storyline is the inferring belief that pursuing one’s passions is erroneous, and by doing so one is galvanized by their association with the devil. Eve eats an apple and is cast from Paradise, Prometheus grants fire to the humans and is tortured for years, Victor Frankenstein crafts a human-esque creature and is cursed with the loss of his entire family tree – so why is it that society believes that in order to smoulder the conflagration of desire, we must live menial, regulated lives? 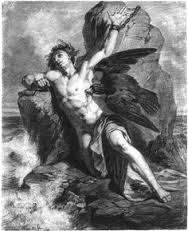 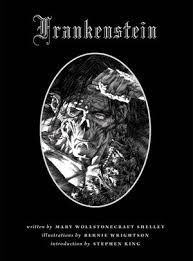 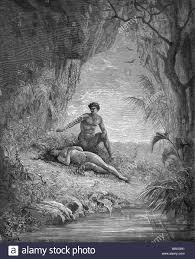 If it were me, I would have eaten the apple and savoured the sweetness in every bite; I would have been released from the chains, only to once again present humanity with the gift in which my punishment originated from; I would have constructed an awe inspiring experiment and stood proud beside the product, regardless of its appearance to others – that is just who I am.  I consider myself to be Agnostic, reinforcing my archetype of the fence-sitter, meaning that I believe there is too much grey area to fully commit to either end of the spectrum. I am not Monotheistic; however, I see so much beauty in the devotion and fearlessness of those who entrust their destiny’s in their god. I am not Atheist; although I commend those who are able to act with such certainty and affirmation in their lives. I am not searching for a saviour, I am not denying one either, I am simply content with believing in myself.

a person who believes that nothing is known or can be known of the existence or nature of God or of anything beyond material phenomena; a person who claims neither faith nor disbelief in God.

If there is one thing I am certain of, it is that one’s desires should never aim to harm another. I believe that the matters of race, sexuality, gender and age are not ideas that can be organized in a hierarchy of right and wrong, but instead they are the fundamentals of who each of us are. Similarly, I do not believe that the act of pursuing one’s desires is selfish or a disgraceful reflection of their character; however, it is when  an individual’s aspirations lead to the infliction of pain or sorrow among others that their purpose may be questioned. In the story depicted in the bible, Eve is tempted by the snake (symbolizing Satan) and eats the “forbidden fruit,” and by doing so is cast out of Paradise by god. No harm would have come from the mere consuming of the apple, but instead Eve was punished for her actions and condemned by her creator as a curse to the rest of humanity. We see this repeated when the monster is abandoned by Victor – abhorred by what he has created, he abandons his passions for a life of cowardice and shame. Both were right (in my opinion) to pursue their aspirations, but it is where they abandon their pursuit of them, and instead, become ashamed of them that I see their fault. Had Victor stood beside the monster and honoured the creature’s benevolent heart over his mutilated appearance, I believe that Victor, like Eve, would never have inflicted any suffering upon anyone else.  As for Prometheus, I see the indiscretion in the actions of Zeus who, like god, punished his follower for the act of indulgence. Throughout each of the three pieces the reoccurring theme of the “dangers of desire “seems to be, instead, disguised as the creator’s need for an autocratic role in society.

I would never aim to discredit any individual’s beliefs in their religion, and I would never wish to shame somebody for said beliefs; however, I do not feel that I fit the mould of the believer for I do not follow the guidelines set to be one. I indulge in my emotions: elation, frustration, delight and disgust, each act as a foundation for the desires that derive from them – awaiting their fulfillment in my daily life. If indulging in the cravings that set my skin afire is depicted as a sin, then I can only hope that my respect for others and their beliefs, against my own, is enough to testify for my character.

With Love and the Utmost Respect

One thought on “Fire & Desire”