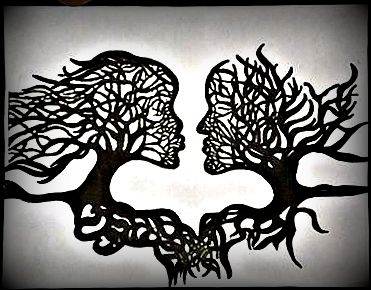 Women in Mary Shelley’s Frankenstein play apparently disposable roles that are founded in a docile pliability. Females appear to be one-dimensionally portrayed as possessable and passive supports for the actions of the more prominently capable men. However, Shelley portrays them this way in accordance with women’s societal status at the time. In actuality, Frankenstein is a feminist novel that speaks to the injustice of suppressing women while demonstrating the value of femininity.

By choosing to narrate through men, Shelley clearly highlights that the male perspective is considered to be more important than the female. She paints the female characters as willingly submissive receptacles for the male will in order to reflect societal values, yet she cleverly centers the entire plot of the novel around feminism. Shelly essentially uses the absence of assertive females in the novel to highlight the importance of feminism and illustrates that the true monstrosity of the novel lies in the disparaging of women and in the social definitions of what it means to be female.

Caroline Beaufort Frankenstein, Elizabeth Lavenza, and Justine Moritz act as the three most prominent female characters. It can be seen that all of these characters die because of things that happen to them, not because of things they do. Through these characters, Shelley reflects the noblest and purest characteristics of women, but also uses these deaths to symbolize the sacrifices that women have to make. Others of Shelley’s choices also serve to reflect this ideology; for example, in naming Frankenstein’s father Alphonse – relating to the title Alpha – she demonstrates how it is solely the men who have positions of power and influence, and how more importance is placed on the male than on the female.

Through the creation of the monster and the subsequent effects of his birth, Shelley specifically illustrates the severe consequences of placing a higher value on males than on females. Frankenstein creates his monster single-handedly in a fit of almost sexual passion, violating the laws of maternity and thereby usurping women. 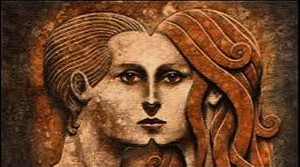 By essentially reproducing without a woman and without his creation being female, Frankenstein effectively eliminates the necessity of females in society, making them disposable and unnecessary. This becomes one of the most disturbing horrors of the novel; Frankenstein, in creating the monster with the implicit goal of having total control over something, creates the potential for a society that could function completely without females.

Frankenstein, in making a masculine mode of reproduction and bypassing the need for feminism, creates an absence where the place of women would be. The absence of females that Frankenstein pursues results in grave consequences; it is essentially the absence of feminism which creates the monstrosity that undoes him.

The consequences following the monster’s creation, therefore, represent the grave and deeply destructive effects of suppressing women to the point of making them insignificant in society. In depriving women of a primary cultural purpose, Frankenstein changes the meaning of birth – what is supposed to be natural and beautiful becomes something perverted and grotesque. In the absence of femininity, the child of male maternity becomes too frightful for even the father to love, demonstrating the need for women.

The monster, too, undervalues women. In asking Frankenstein to create a bride for him, he promises that they will both leave humanity alone.

This request, however, assumes that the female will love and accept the monster unquestionably and obediently.

This request declares that her purpose would be no more that to act as fulfillment for her male counterpart.

This request denies her self-determination and refuses her the agency to act and think of her own free will.

This request assumes that she will live by and for her male companion in meek subservience.

Here, Shelley echoes societal systems that define the female solely by her relationship to the male.

Furthermore, Victor Frankenstein displays a certain aversion to female sexuality. The most prominent example of this is his vivid reaction to the monster’s request for a female companion. After initially agreeing, Frankenstein grows increasingly nervous about the prospect of creating a female. Frankenstein destroys the beginnings of the monster’s mate, afraid of a female independent will having opinions and desires too strong to be controlled by her male companion.

Frankenstein does this purely because of his fear and aversion towards the strength of female sexuality. The female 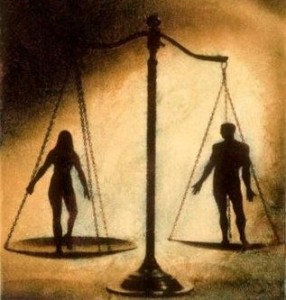 monster he was creating would have had the strength and freedom to choose her own life, her own mate, to exercise her free will as she saw fit, and to reproduce. Frankenstein feels deeply threatened by the concept of female autonomy. These powers that the female monster would have wielded contradict the ‘role’ of a woman perfectly; instead of being fragile and innocent, docile and virtuous, she would have defied the insistence of female aesthetics.

Frankenstein, frightened and revolted by the idea of unrepressed female sexuality, reasserts his dominance in order to control the situation. He exerts his male power over the female body by brutally maiming and disfiguring the creature as he “trembled with passion, [and] tore to pieces the thing on which [he] was engaged.” (156) Here, the brutal destruction of the female creature suggests the violence of rape, which is founded in Frankenstein’s desire to dominate over women. However he rationalizes it, Frankenstein’s narration is skewed to his benefit and glosses over the murder of the female monster.

Essentially, Victor’s inability to allow the female monster to live is a demonstration of misogyny and fear of female sexuality, exposed and condemned by Shelley in her novel to reflect what she is identifying and denouncing in her society.

Just as the consequences of creating his monster were reflective of the effects of suppressing women in society, the string of deaths that follows Frankenstein’s destruction of the female creature represents the profound results of what silencing the voices of women can do to society. The subsequent illnesses, alienation, shifts in identity and degrading humanity of Frankenstein represent the derogatory effects of undervaluing females.

Women, being the ones who in Shelley’s opinion truly hold society together, are shown to be the backbone of society through Margaret Saville, the last known character to be in possession of the story. The actual narrators of the story were chosen to be male so as to reflect their power and prominence, but, meanwhile, Margaret is the symbol of the quiet suffers who are the all-encompassing foundations of society. By never giving voice to what is essentially her fourth layer of narration, Shelley remarks that women are the unheard equals of men, forever in the background and only mentioned, never heard. 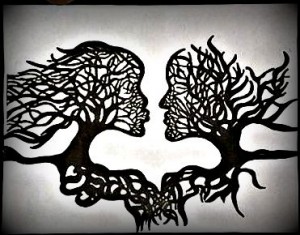 By keeping her female characters quiet and passive in nature, Mary Shelley keeps them congruent with societal expectations at the time, but also uses her novel as a means to demonstrate the injustice of a society that values men over women.

Frankenstein explores the implications of a society ruled by men without female input and illustrates the unfairness of expectations for females in that day and age.

Through the absence of female voice and will, Shelley creates a brilliant feminist novel that identifies the denigration that females face, and criticizes social definitions of what women should be.

2 thoughts on “The True Monstrosity”