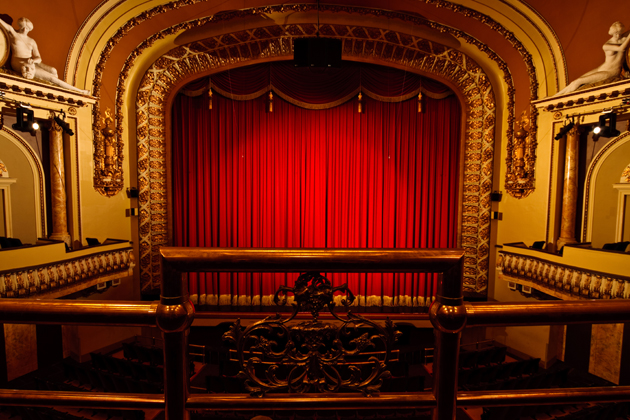 “The theatre is the only institution in the world which has been dying for four thousand years and has never succumbed. It requires tough and devoted people to keep it alive.”

Upon entering the auditorium you are surrounded by a variety of passionate souls, all who share the sense of what being human truly is. We learn from what we see, and build off the experiences of others. Whether it be literature or theatre, bringing to life the stories we love is beautiful and positively inspiring. Without a doubt, Richard III presented by The Shakespeare Company, in association with Hit & Myth, was an experience that compels me to express my gratitude.

Richard the Third is a character known to be either completely hated or hated to be loved. He is a corrupt and treacherous man with a backstory you can’t help but notice radiating with loneliness. Deformed and discriminated, the world around him is quick to judge in his character. However, Richard wishes to be accepted and loved, much like a King is to his kingdom. He decides that if he can’t be a lover he will become the villain instead.

Within the play and its extensive amount of characters, readers get to witness Shakespeare’s portrayal of each. Whether it be in limited activity, or throughout the play’s entirety, each character is up for interpretation. In my opinion, it was almost as if the characters I had the pleasure to witness jumped straight out of the page. Each actor brought their own experiences into their roles, thus entrancing me every step of the production. As an avid reader I agree wholeheartedly that real life portrayals are overall difficult to please everyone. We all have different visions – we all have different preferences and imaginations. When it’s all said and done, we’re reading one passage that results in endless possibilities. What potentially can arise out of it is fascinating, and I was far from disappointed with the performance.

Each and every actor deserves their praise, but I must address Haysam Kadri’s portrayal of Shakespeare’s cunning Richard. As I read Act 1, Scene 1 I was positively writhing with disdain for the future King. I felt as if this was the last character I could ever be prevailed upon to appreciate.

Haysam introduced Richard as a man overcome with the effects of alienation, and delivered lines with such powerful emotions. Thus, my eyes opened to the humanity that Richard had suppressing within him. His actions stem from the way he was regarded and you can’t help but to finally understand; his decisions are based on the pure rage humans have compelled upon him. I believe we all can relate to the feelings that dominate him, and for that I see how powerful the character of Richard is. Furthermore, I distinctly remember moments where not laughing with his antics and not warming up to the man was frankly impossible. My opinions have been irrevocably changed, and I have no shame to admit; it almost felt as if I was on Richard’s side. By the end, even with having former knowledge of his impending death, a tear escaped my eye. His actions may have been disgustingly unethical, but I stand by the fact that he was driven to this state of mind by others.

I couldn’t help but to notice Richard’s crown once placed upon his head. Midnight black and jagged, we see the torment that slowly withered Richard down. Symbolizing his now destructive and evil nature, I was brought back to reality; this man is cunning and lethal. For once, I hate that I love the character. Overcome with a love for Haysam’s characterization, I am also filled with disdain.

Theatre can be an intimate experience when actors and audience members become one. Worlds away, there is a gap between actors on television and the people who sit down at home to watch it. In a theatre, this barrier is diminished. Connecting to everyone in the audience, you share your love of theatre with the actors; meanwhile, supporting them in doing what they love.

I am very thankful for this opportunity to view Richard III at Vertigo Theatre, and can’t seem to express my gratitude enough. I have an absolute love of Shakespeare, but also struggle with it from time to time. Seeing this play in person, accompanied by the amazing actors and their production team, assisted me in my learning. I feel as though my understanding of Richard III resounds deeper than it had before. Without this incredible performance, I would have missed out on a memorable experience I will hold forever.