In relation to Frankenstein, as written by Mary Shelley, there are many points of intersection between both reality and the stories portrayed in Shelley’s novel and Samuel Taylor Coleridge’s Rime of the Ancient Mariner. Coleridge’s poem has acted as a major source of influence for Shelley, as evident through its presence in her life and in its literal and metaphorical translation in Frankenstein. I chose to use Coleridge’s poem as, before AP, I had never fully recognized the parallels within different pieces, much less a poem, and the true connectedness that literature allows us to have in all aspects of the human condition – this realization has truly resonated within me; I was, and still am, in awe of the discussions that we had in our socratics and wished to expand on this topic further.

Coleridge was a close companion with William Godwin, Shelley’s father, and though they were in conflict on many philosophical topics (Coleridge was also a large force in the Romantic movement in England, thus justifying Shelley’s style of writing), he remained ever present in the Godwin’s household. Through research, I found that Shelley had hid behind a sofa and heard Coleridge recite The Rime of the Ancient Mariner, and evidently it resonated deeply within her. Coleridge was said to be very idealistic and a romantic individual and views similar to this are seen throughout Shelley’s novel. The character of Victor Frankenstein could also have been influenced by Coleridge (though our socratics, specifically that pertaining to Shelley’s biography, have convinced me he was not a major influence); I had found that he had endured multiple tragedies in his life, such as the debilitating periods of depression, opium addictions, separation from his wife, and health conditions. He is now considered to have had bipolar disorder, though this was not confirmed during his lifetime. Coleridge’s opium addiction was caused as a result of taking laudanum as a treatment for an illness, as did Frankenstein, and he overdosed at times as stated on page 199 of Shelley’s novel, “Ever since my recovery from the fever I had been in the custom of taking every night a small quantity of laudanum…I now swallowed double my usual quantity…” These tragedies supposedly caused Coleridge to become reclusive and grim, as similar to Frankenstein’s conscious isolation when he was confronted with his monster and his actions, though also in the sense that Frankenstein too went through bouts of extreme emotion and anxiety before being able to reintegrate into society.

Moreover, there are also an abundance of parallels between the stories of Frankenstein and The Rime of The Ancient Mariner. For instance, both act as cautionary tales in the dealings with natural life and death. While Frankenstein created an initially pure being, Coleridge’s Mariner’s actions led to the destruction of a pure being, and it is in this manner that the Mariner and Frankenstein are reflections of each other. These characters are repulsed by their actions that test the borders of natural life and death, and thus are consumed by the guilt of their actions. Furthermore, both characters are haunted by the dead, as seen through Frankenstein’s thoughts on page 222, “How did I cling to [my friends and family’s] dear forms, as sometimes they haunted even my waking hours, and persuade myself that they still lived,” and through Part VI of the Mariner’s narration in which he hears voices and sees his deceased shipmates. Likewise, Frankenstein and the Mariner can relate in terms of their isolation due to their actions, though Frankenstein, unlike the Mariner, does not feel trapped by his isolation. The consumption of guilt that the protagonists experience are also parallels; both confided in others as the weight of their guilt was too heavy a burden, and through the telling of their stories, they were able to temporarily transfer this guilt. Frankenstein tells Walton, in a sermon – like manner, as does the Mariner, but to the wedding guest. Shelley also references the poem multiple times in Frankenstein such as in chapter 5, page 60, and in Walton’s second letter, where he states he “shall kill no albatross” and specifically mentions the Ancient Mariner (17). While the stories may differ in their narrative, the underlying messages interconnect – in their creation/destruction of a pure being, both protagonists exemplify the need to love all, not foolishly pursue their ambitions, or one must face the consequences of their actions in regards to breaking the barrier between natural, and hence pure, life through the use of a cautionary tale. Through an excerpt taken from part VII of the poem the previous statement can be supported as the Mariner states, “Farewell, farewell! but this I tell/To thee, thou Wedding Guest!/He prayeth well, who loveth well/Both man and bird and beast/ He prayeth best, who loveth best/ All things both great and small; For the dear God who loveth us, He made and loveth all,” and, as Frankenstein has said, to “never allow passion or a transitory desire to disturb [your] tranquility.”(56)

As previously mentioned, I had not realized these parallels, though the recognition of them has allowed me to become more appreciative of literature, more specifically of, Frankenstein and poems, such as The Rime of the Ancient Mariner. 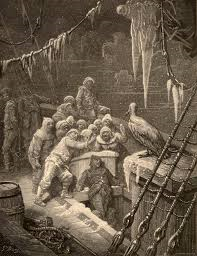 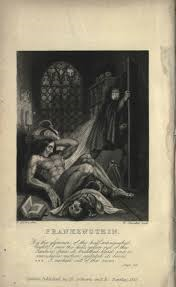