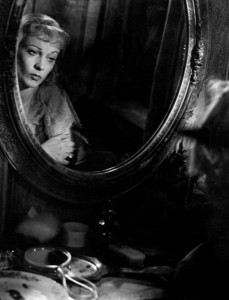 Discuss the idea(s) developed by the text creator in your chosen text about the role self-perception plays when individuals seek to reconcile the conflict between illusion and reality.

In conflicting situations, individuals tend to hasten the process of escaping the consequences caused by contrasting circumstances. Doing this can be executed through adopting another persona in order to create a believable façade that allows one to escape and reconcile the conflict between the created illusion and reality. The general argument made by Tennessee Williams in his modern drama, A Streetcar Named Desire, is that sensitive individuals undergo purposeful shifts in their persona in efforts to eliminate the conflict between illusion and reality; attempting to shift their identity from the dreamlike illusion it is, to the reality they so desire. More specifically, Williams argues this idea through the multiple personality shifts that one of the main characters, Blanche Dubois, undergoes as she struggles to renounce the actions that have lead her to a conflicting life.

When she stayed back in Laurel at Belle Reve, Blanche originally had an Old South mindset, when during that time period, having the values and morals that matched those of society was of utmost importance. Unfortunately, the reality of the past had become an illusion that she attempted to carry with her into her present life. In an effort to cope with the emotional and financial state of distress and exchange the feelings of loneliness and emptiness caused by the death of her husband and family members, she proceeded to sleep with countless strangers, and found herself in anguish. Blanche soon realized that the Old South values and way of life were forever lost, so she adopted an alternate set of morals that go along with a newfound personality to cope with and adapt to the circumstances of her life. This new charade not only allowed her to escape and numb the pain that came with the tragedy she had lived, but to begin again with the mindset that she is living (for all that others know to be) a refreshingly untainted life. Beginning a new way of life, in the setting of an old lifestyle, allows one the opportunity to rebuild and set themselves up for the future success they desire, without being obligated to deal with the details of the past that were once associated with one’s former self. Moving on from the illusion of the past, Blanche instead deals with reality by creating a new illusion once recognizing that she is unable to pull the distant and illusion-filled past into her present. Blanche does this effortlessly as she transitions from an Old South Antebellum to a woman who is stereotypically desired and sought after by men (whom are physically attracted to her) as she attempts to validate both herself and her decision to move forward from the conflict that occurred as a result of her holding onto the illusion of her past instead of accepting a new reality.

At Belle Reve, the family plantation, further conflict presents itself, as Blanche loses her job due to an affair that she had with a student, and the dirty and shameful reputation that she has gained is looked down upon by the population of Laurel; as it does not align with the values of the Old South’s prim and proper mannerisms. Blanche Dubois soon realizes that the illusion that had allowed her to escape from her past was now providing further conflict in her life. Surrounded by the constant reminder of her failure to fully embrace her newfound persona, Blanche feels obligated to flee in order to start anew; she finds refuge in her sister and brother-in-law’s apartment in New Orleans on the street “Elysian Fields”. The illusion of her original past is brought back to life despite its contradictions with reality and constant threat to reveal itself and destroy the tentative relationships she has established with those around her. Ms. Dubois attempts to entirely forget her most recent past, that caused her to be removed from her job, by refusing to address the details of it and attempting to become completely ignorant to her past life in Laurel. She has now adopted a new version of her Southern Belle self with the twist of her being self-conscious about her immediate appearance and progressing age. Symbolically, she cleanses herself of her wrong-doings of the past that follow her, through her constant bathing. Seeing that embracing a new way of life in the old setting had not achieved what she had wanted it to, she thoughtfully altered her path and attempted to reconcile the conflict of illusion and reality and renounce the sins of her past by embracing her old way of life in a new setting.

Discovering the hauntingly permanent tendencies of her sins, Blanche is exposed and her lies exploited by her sister’s husband, Stanley Kowalski. Her old setting has now been replicated, and she is surrounded by confusion and criticism. In an attempt to properly reconcile the conflict that lies in front of her, Blanche Dubois ventures to abandon it altogether by transporting her mind to another world where she exists only in her ideal self, without the past that once accompanied her. Though she finally realizes and accepts her impurities and what others identify her as, her mental state is both overwhelmed and in a state of hopeless frenzy, to such an extent that her mind transcends to a different time and a different world. Blanche tries to escape both her tarnished past and damaged present, resulting in her becoming mentally unstable. The constant confrontations that she faces continuously leave her life in ruin, forcing her to salvage what is left and start over again somewhere else, but this time she only pretends that she has somewhere to run to, when she actually has nowhere to turn to for a new beginning anymore. This, in addition to being raped by her sister’s husband, was more than enough to send her over the edge; her transformation into insanity exemplified by the tearing of the paper lantern off of the light bulb, the light bulb that had once filtered the reality of Blanche’s situation. Now, instead of using reality to create illusion, she has used illusion and her imagination to create her reality; all in an effort to reconcile the conflict between the two.

In A Streetcar Named Desire, Tennessee Williams develops the idea that when a sensitive individual is faced with the consequences created by the collision of illusion and reality, they shift their personal identity according to which best and most easily allows them to reclaim a lifestyle through the façade they create, through the character of Blanche Dubois. This being exemplified through the multiple shifts in personality she undergoes in order to achieve her desired reality, despite the setbacks her false illusions and tainted past present her with. No matter how severe the consequences of the interplay between a created illusion and reality are, should one venture to sacrifice their sanity in order to mentally achieve the idealistic life they so desire?