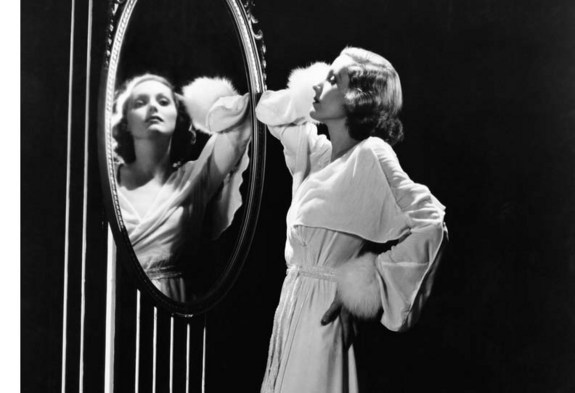 This is a cold critical essay on Streetcar in response to the following prompt:

Discuss the ideas developed by the text creator in your chosen text about the role self-perception plays when individuals seek to reconcile the conflict between illusion and reality.

Self-perception acts as a catalyst in the process of re-creating the tarnished parts of oneself, in order to develop a future rooted in acceptance. However when one realizes that their past is far beyond acceptance, the need for illusion arises, resulting in an identity that stems from dishonesty toward oneself as well as others. Ultimately, if one’s very being is grounded in a lie their self-perception is no longer in accordance with reality. This notion is reflected through the erratic behavior of Blanche Dubois in A Streetcar Named Desire, as Tennessee Williams showcases that in terms of reconciling the conflict between illusion and reality, one has to be accepting of who they are—including their past; otherwise the only identity one finds solace in is an illusion. Therefore, the struggle with reconciliation between illusion and reality becomes one’s inability to accept a reality they can no longer conceive, as a result of an illusion guided by one’s self-perception.

Blanche’s reaction to Stanley Kowalski laying hands on her “love-letters” is one that implies her rejection of the past and validation of a self-perception that is submerged in illusion to the degree that someone not part of her past touching the very fibers of its foundation, becomes a step too close to reality—a reality that will have to be “burned” if one does not distance themselves from this truth. Hence her exclamation to Stanley’s touch: “Now that you’ve touched them, I’ll burn them!” (42). Essentially Blanche is fearful that if anyone were to indulge themselves into her personal affairs, she would have to face the reality of her perception and how it has created a distorted image of herself from the person she became in Laurel. In addition, the boldness in her comment, as in the fact that she will burn the letters, is simply a manner of speech, as she will never burn the only papers that support a love she believed in. Based on this, it is evident that she is facing the inevitability of her situation from the very beginning by stating an action that will never be followed through, and so an illusion that can never be held if she is not willing to let go of her past. However, it is important to recognize that Blanche’s hesitancy in revelation stems from the image her past will project in the eyes of others. Her loved ones will begin to view her as flaw-full and dirty due to Alan’s rejection in the love she had to offer. Ultimately, Blanche’s struggle in the reconciliation between illusion and reality is more so ebbed in the idea that even if she does accept the actions of her past, what is the point if no one else will accept her for it? Why face a reality that others will sneer upon when you can create an illusion that not only calls for acceptance but also peace of mind, in that one’s perception of themselves is based on the cover of a Southern Belle. However, in the process, one fails to recognize that reality is inevitable, and if one continuously puts the truth on standby they can never tolerate its harshness.

Blanche is a fragile Antebellum that finds solace in perceiving an illusion that renders the harshness of reality nonexistent, and therefore “can’t stand a naked light bulb,” for she has become accustomed to the soft light provided by a lantern. In that, she has become familiar with a self-perception followed by the shadows of illusion, which she desires to maintain, as reconciliation between reality and illusion would mean bearing the light of the bulb. Through this Williams effectively demonstrates the fact that Blanche cannot let her past-self get in the way of her future desires, and so, through the light bulb analogy, it is clear that even though her past-self still exists, she can never accept that identity without risking exposure, thus creating an illusion and finding solace in a fake identity. Consequently Blanche can never again face a naked light bulb due to the harshness of reality constrained by a lantern; or in other words, a self-perception rooted in illusion. Initially, Mitch was the man who covered the bulb with the lantern, but also the one who tore it off, and therefore it is interesting to see how Williams integrates Mitch’s character as one that abides by Blanche’s wishes, and then tears down her wall of protection from reality. Essentially, Blanche’s denial in enduring reality results in her failure to see the fact that people who indulge affairs of the heart with another, require some truth to hold on to, a truth that Blanche was not willing to give, and ultimately, a truth that Mitch found a need to uncover. Therefore, it can be said that Blanche’s familiarity with disregarding her past allows her to take on a perception that brings her solace, and so she values that identity more so than the need for truth—reality—which stimulates her illusion and forces her to maintain it until Mitch confronts her. However, even after Blanche has admitted the truth to Mitch, her inability to accept a reality she has been trying so hard to bury—that Allan never desired her and no man ever will—results in a self-destructive illusion that begins to disturb one’s mental stability.

Even though Blanche revealed her affairs with other men to Mitch, thus facing the reality of her situation, one cannot accept something they can no longer conceive. Her inability to accept Mitch’s rejection, which is evident through the constant mention of Shep Huntleigh, enunciates the degree to which she believes she is desired by someone as much as she thought she was desired by Allan. Consequently Blanche can no longer conceive the fact that she is not wanted by other men, as that was the purpose of her illusion in the first place. And so this internal conflict is what fuels her self-perception, hence the need for illusion, as well as her inability to reconcile the conflict between illusion and reality. Essentially, Huntleigh is Blanche’s way of projecting how Mitch’s rejection was insignificant as men still desire her; Blanche cannot accept that she is no longer desired by other men because she has submerged herself in an illusion that proves otherwise. Nonetheless, Stanley is not one to give way to such impractical personas and therefore calls Blanche out on her illusion, explicitly stating: “there isn’t no millionaire!” (157), and further exclaims “there isn’t a goddamn thing but imagination!” (158). Therefore, Williams is indirectly relating Stanley to the very embodiment of reality, and ultimately Blanche’s executioner, as he forces her to face a reality she cannot bear the contemplation of; he is forcing her to give up the act of this illusion and accept the fact that she is no longer desired regardless of what identity she decides to put on. Stanley furthers this argument through an act of rape. So essentially he is contradicting himself, by interfering with her, but simultaneously giving her what she has wanted all along and breaking her along with this fulfillment. Moreover, Stanley is the only man who knows of Blanche’s past and desires her regardless, which goes against the purpose of her illusion, ultimately making her, the very essence of illusion, collide with the very embodiment of reality, escalating the conflict between illusion and reality to the degree that she grows numb to the difference—she becomes mentally unstable after that point. Furthermore, Blanche can no longer conceive a perception that leans toward either illusion or reality, and ultimately her inability to accept reality (something she could not conceive due to an illusion) resulted in the impossibility of reconciliation between the two, resulting in her downfall.

Through a Streetcar Named Desire, Tennessee Williams effectively demonstrates Blanche’s hesitancy in revealing what she has done in her past in an attempt to create a self- perception that others will perceive as reality, ultimately forcing Blanche to accept an identity clouded by illusion. Not only is she avoiding her past but the realities— Allan’s letters, Mitch’s denial, Shep Huntleigh, Stanley’s rape— that define its presence. Ultimately, Blanche’s constant struggle lies in her inability to reconcile the conflict between illusion and reality, due to her incapability of accepting a reality she can no longer conceive; accepting it would mean caving in to the idea that she will never be wanted, or accepted because of the shadows of her past following her present self. One must find solace in how they perceive themselves, for that will result in reconciliation, however Miss Blanche Dubois is one in favor of illusion, regardless of where it may lead.