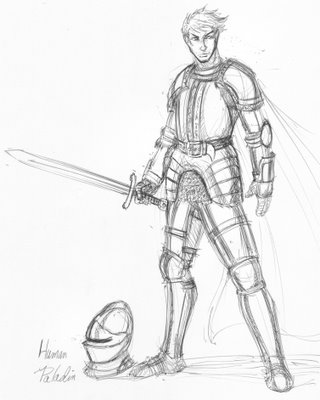 The following is a polished personal discussing:

The interplay between how individuals perceive themselves and are perceived by others.

Thesis: We perceive ourselves through the light of another’s attributes. Thus we are ranked according to how we perceive them, which in turn becomes how we perceive ourselves. If someone is beautiful, we are ugly. If someone is highly intelligent, we are highly inadequate. And so how others perceive us is often very different from how we perceive ourselves in the sense that we never ask how they perceive us, simply assume. Ultimately, our perception of our own person is often distorted by how we think others perceive us. In addition, when we have trained our mind to believe in something long enough (how other’s supposedly perceive us), consequently viewing ourselves through a negative light, we hold true to that belief regardless as to whether or not it is disproven. We begin to believe that the opposing individual views us through a lens of faults and even if that individual were to persuade us otherwise, we become so rooted in a self- perception that we disregard their argument. Based on how we perceive ourselves we make drastic choices. One’s that would not have come to be if we did not predetermine how we were perceived by others.

The Helmet, The Shield, and The Sword

There was a time when I found solace in listening to his gentle voice.

He read me stories of knights in shining armor; how they fought for honor, peace, love, freedom.

I recall standing in front of the mirror waiting for the armor to appear. First there was the helmet, crafted by a blacksmith in the lands of Genora. Then there was a shield, given as a gift from the empress as a token of her gratitude. And finally, a sword that had grown accustomed to the calloused hands of the greatest warrior that ever lived: Alexander the Great.

I woke up every day with remnants of last night’s stories still present at the back my mind. The 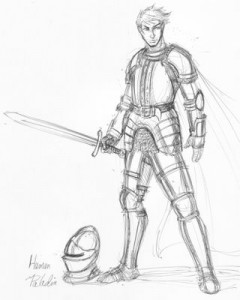 courage, bravery, and honor. The bloodshed, pain, and chaos.

But one day I woke up and the helmet, the shield, and the sword were nowhere to be found. However the pain did not come in witnessing there absence, but rather in the knowledge that I knew what validated it. His voice was gone. My grandfather was the fuel behind such stories, such ambitions. His voice was all I needed to wake up with the helmet, the shield, and the sword by my side. But his absence only validated my failure to make him proud. My failure to become his knight.

It all began with me offering to drive him to the restaurant at the corner of the street where his bingo night took place. We were talking, laughing, sharing…and then the world exploded in a bright light. The last thing I remembered was his voice. That elusive, mystical, soothing voice. I remember waking up in an empty hospital room. I grew frantic. Probably would have gone hysterical if the nurse hadn’t arrived when she did. I asked about my grandfather and she grew silent. I asked again, and this time she responded only to break the news of his loss. Not in death. No, no. Never in death. But in voice. He was now mute due to the car crash that we were involved in. I was in complete shock. I had failed to become the knight that he wished to see.

I couldn’t see him. I wouldn’t see him. It would have been too much. I would have had to claw my own eyes out if that were to happen. How could I look at him knowing what he must think? All he ever did was read to me. He crafted the very fibers of my being, and I repaid him by taking away his ability to provide for me the one gift he had ever found joy and peace in giving. I took away his happiness. I was not the knight, I was never the knight…I was the enemy. In his eyes, I was the villain. And so ended my rein in this world of illusion. Why not act like the villain I really was? From that day forth I vowed never to see him again. Once I was discharged I packed my stuff and left. I spent the next month or so in a motel called The Flamingo in a rundown area on the outskirts of the city.

By the end of the month I could no longer bear the silence that stalked my every waking moment. I considered going back after contemplating how worried he must be. I was about to do it until I recalled the fact that we could no longer speak to each other. Before I left I came to know that he was being taught sign language at a facility that dealt with people who were mute. And so, out of a motive that I could not place, I began to indulge myself in mastering this skill.

After another month or so, I had trained myself in the art of sign language. I wanted to talk to him in some way, and so I decide to write a letter. I sat at my desk, pen and paper in hand, and stared at the blank space before me. What was I to say? “I apologize for sucking the happiness out of your life” didn’t seem like the best option. Therefore, I began with what I knew: the facts. I told him I lost my helmet, my shied, my sword. A tear streamed down my face as I continued.

Then I felt a weight on my head and arm. I also felt a presence. I couldn’t name it, it was not tangible yet clearly there. I looked up, and through the mirror over my desk, I saw a shield strapped to my arm and a helmet that rested on my head. Behind me stood my grandfather, sword in hand. But I knew none of this was real. It didn’t exist. Only knights get swords, and if he believed that I were still a knight, then I was not proud of what I stood for. I was not Alexander the Great and even he could not persuade me otherwise. And so I took the sword he was offering, aimed, and plunged it through my gut.