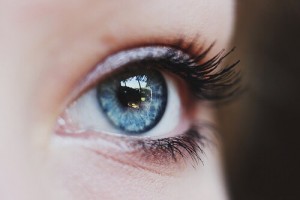 Response to: The Stricken Children

Prompt: What do these texts suggest about the role adversity plays in shaping an individual’s identity?

A sight, a sound, a smell. When any specific one of these are mentioned, images and connotations you associate with each of these make themselves present in your mind. When encountering a new piece of information or a new experience, it is human tendency to immediately, yet unconsciously, embed it in the brain. However, after the experience has passed, the thoughts, emotions, and details associated with that experience continually influence our outlook on situations identical to, or alike the one we have memories of. Our brain maintains this narrow-minded outlook on the situation until the memory is updated by a renewed firsthand experience or it is proved wrong factually. Memories create the untruthful illusions we have come to know and love through our innocent and uninformed minds, and the unintentionally ignorant people we have become, yet try not to associate ourselves with. Illusions and ignorance are a safeguard against adversity, and those who adopt these tendencies develop an explicit identity as a result of their reaction to said adversity. Whether we realize it or not, creating illusions and having a sense of ignorance is a part of our identity. What happens as a result of when we choose to use our power to create illusions and ignorance, however, is when our own unique identity is formed; through the events that follow after we have used our illusions and ignorance as weapons. It truly is human nature to cling to the experiences we have had and the things we know for sure, in fear of being incompetent and unintelligent in the grand scheme of society. And we are willing to do anything to prevent this.

We do not like what we see or hear, we close our eyes, we shove our fingertips into our ears. We use the power of our imagination and creativity to manipulate the experience, we transform it into something we can willingly accept, with the knowledge that it will replicate the past. The situation then becomes a purposeful misconception; a semi-permanent illusion as a solution for an ever-present memory. Through the poem “The Stricken Children”, in the verses “The Wishing Well was a spring/bubbling clear and soundless into a shallow pool/less than three feet across, a hood of rocks/protecting it…” author Denise Levertov gives us the setting to a childhood that is turned into a memory that is kept throughout adolescence, unchanged, up until the point of a hopeful return. As time passes, the brain automatically denies itself the capacity to envision any negative outcomes to the person or place that makes the memory significant. The memory is kept as undisturbed as the spring bubbles clear, and guarded from any alterations just as the hood of rocks protects the spring. It refuses to be altered by and suffer because of the adversity and hardships that life presents it with. It is manipulated into an illusion as the brain attempts to comfort itself in knowing that nostalgia can be rid of with the duplication of that memory in present time, and with the wishful thinking that the significant person or place has not, in fact, changed in the least since the last encounter. This is the illusion. The brain attempts to comfort itself in knowing that it is safe from the effects of adversity in everyday life, and with the state of the person or place becoming permanent in the memory, this results in one believing the cliché that some things never change; an attempt at seeking comfort. A certain level of innocence comes from being uninformed, and there is a certain level of comfort and safety associated with innocence just as there is in one’s childhood memories. Our brain use the excuse that we are uninformed and blinded to the reality of the circumstance as a justification to hold on to the fondness and untainted nature of our memories. With the intention of making ourselves comfortable, we create excuses and illusions to preserve the past and the fondness we feel towards it. We create these illusions as a desperate attempt to cling on to what used to be as means to cope with adversity through familiarity.

Ignorance is one of many techniques, in addition to the creation of illusions by the uninformed mind, that humankind uses in order to deal with adversity. Initially, when one encounters such adversity, memories that deal with similar matters to the hardship at hand are brought to mind. The brain knows how it could deal with adversity, however it would become an intricate and complex situation with a detailed and complicated solution. If it purposely sets its’ knowledge aside and disregards its’ ability to deal with the problem, the brain can then excuse itself from directly dealing with the situation with the excuse of not knowing of the issue. It attempts to sneak around the problem without ever directly facing it. Ignorance is a powerful and misused tool. Levertov exemplifies how simple it is to access and take advantage of such a tool in the following verses found in “The Stricken Children”, “Children who don’t dream, or dismiss/their own desires and/toss them down, discarded packaging?/I move away, walking fast, the impetus/of so many journeys pushes me on…”. Children who toss their desires and dreams down in disregard are the unfortunate souls who have early and easily been given access to ignorance. If a child is old enough to have detailed and developed dreams and desires, it means that they have outgrown their childhood innocence. What comes along with this, however, is the realization that there are obstacles, hardships, and adversities in life that come inbetween you and your dreams, goals, and desires. Adversity will hit you; hard. And it will knock you down and leave you alone with nothing but your own willpower to pick you back up again. Nevertheless, when we see others’ knocked down, and surrendering themselves to ignorance, we do nothing but carry our own ignorant selves forward, trying to erase the image of the poor, suffering soul from our minds. Just as the voice in this piece, once being faced with the disappointment of a disproved illusion, one walks away, fast. One walks away from the misfortune and negative alterations made to the state of a cherished memory. But not with the intention of renewing the memory or altering an illusion, but with the intention of pretending to have never seen such a sickening sight, and pretending that their mind had never been contaminated with such atrocious things. Ignorance is a commonly used weapon that its damage does not get enough exposure. It indirectly battles adversity, and allows people the ability to “unsee” the things that they wish they had not seen, and to choose not see or do things that are directly presented to them. If something threatens to alter one’s idealistic viewpoint, ignorance is brought to the table, and automatically wins the unspoken battle; the threat is disposed of, the memory kept safe. One’s identity is then determined by the events that happen after the battle. Where one ends up going, what one ends up doing, their fate. It is shaped by the aftermath of avoiding adversity, and not adversity itself. What a commonly disregarded, unaccredited, deadly weapon ignorance truly is.

Memories. They develop the uniquely intricate minds and form each persons viewpoints and opinions. When there are forces that threaten to change and alter these memories for the worse, illusions and ignorance are brought forth to fight the battle as the brain shies away from the hardship and adversities that the real world brings. The comfort and fondness associated with and felt towards the past are preserved with the fear that the cold and cruel side of the world might contaminate the tenderness of a happy memory. With so much negativity in the world, the easiest, most accessible weapons used to guard the positivity built to contradict the negativity are illusions and ignorance. “The Stricken Children” by Denise Levertov expresses this idea through the protected memory of the clear stream, and the worry covered up with ignorance and disbelief as the voice in the piece moves on once realizing the illusion is shattered and infected by culture’s sickness. Ignorance. Illusion. Memories. A sight, a sound, a smell.