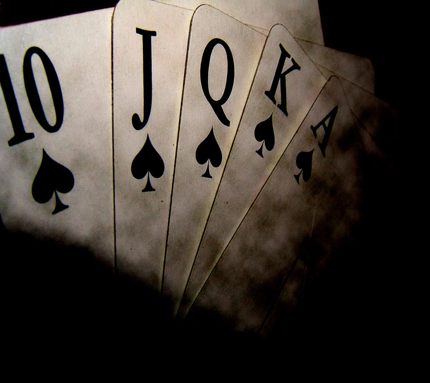 This scene takes place after Blanche has been raped. She is alone in the washroom, reflecting on what has happened.

There is something bittersweet about failure. Why, it becomes so tangible when you thought that if you threw the last of your cards on the table, you had a chance of winning the game. But no. Oh no, nothing can stop a beast from claiming what he wants. What he wants. Because is he not the king of the jungle? He, who growls and charges. He, who will spit and speak crudely. He, who’s only task in life in one of climbing to the top in his little pyramid of his life. Ha-ha! Stanley Kowalski, the king of the jungle. Stanley Kowalski…

(Hand shakes as she brings it up to her forehead and closes her eyes. With one hand, she reaches out blindly for the perfume bottle. She cuts her finger on the edge of the broken top bottle from her struggle with Stanley.)

Ouch! Oh, that darn bottle, it helped me with all other men who were in my life, but was defeated by the only one whom I thought I might have been safe from.

(Stares at the blood.)

Would you look at that…looks like the Polack could take everything else but ever he couldn’t change the lie of my blood. (Laughs.) So you can be defeated can’t you Stanley? Who knew it was something so…essential that would defeat you? Why…it’s just the same color as Allan’s…how strange. How can my blood be the same as that of Allan’s? He was so…different. Not meant for this earth, not meant for this life. But who was the one who created his death sentence? Me! (Laughs) Me! His supposed lover! His wife! But no…I loved him and he betrayed me. (Pause.) No, no, no! All my fault. It was me stepping away from something dirty that caused him to pull the trigger. When in actuality…when in actuality I was far dirtier then he could ever be. Why do I lie and lie and lie? When everyone can see through the paper lantern, and when I tell the truth! When I tell the truth…there ain’t a soil around to listen to my words.

Who am I hiding from now?

(Smears finger across her white dress. Her hand trembles as she forces herself to stare at it.)

(Whispers) Dirty Blanche…never pure to begin with! So what’s the point of giving off the illusion? Will my blood across this pretty white dress show the world who I am?

(Music grows louder. Blanche throws her hands over her ears and sinks to the ground.) Stop, stop, please! I admit to the truth, I am guilty in front of a nameless judge, give me some other sentence but take away this insufferable music!