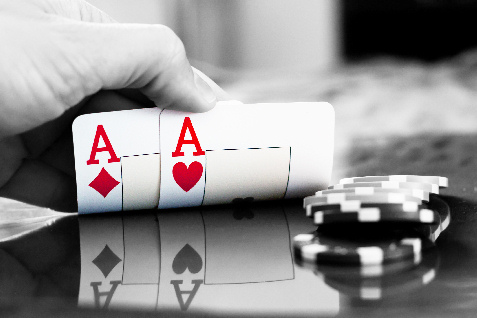 A Ladies Only Poker Night
A Monologue: Stella to Blanche

Stella is losing her temper with Blanche over a few drinks of bourbon while playing a game of poker in the kitchen. New found truths about Stella are in the process of being revealed. Beyond the Sea by Bobby Darin is playing on the vinyl record player that Stanley bought Stella to apologize for the abuse that took place the night before.

(Stella goes into a  flashback of Stanley shattering the light bulbs on his wedding night, she is currently dealing the cards for the game) Stanley.. was finally letting go. It was for the first time in our relationship the lion was becoming a lamb and the lamb was becoming a lioness; my husband was submitting to me in bed. The feeling of dominance felt so bizarre yet extremely sexually stimulating, for the both of us. I became the dealer in a poker game called sex, and it is I whom withholds the ace to Stanley’s breaking point within my finger tips.

(The game begins, Stella starts with her first glass of bourbon) He shattered the light bulbs in the room that night, almost as a way to shut off reality momentarily or rather allow his facade of manhood to fade away. My broken baby boy, Stan, finally allowing himself to be completely vulnerable in the darkness. He trusts me, trusts me enough to drop his guard. How unfortunate though, that his pride is his reality and in the real world full of light and truth he masks his wounded heart’s desire through exerting control in all areas except one in his life. (Stella sighs)

Never will I say it is wrong for a man to demand what is rightfully is, but this need for constant control has turned a disturbed boy into a violent man. But how could I blame a man with such a tender heart? For he may not express it, but I can feel it. I can feel his yearning to be accepted, to be loved, and to be respected.

I don’t believe you would ever know or understand, for that is why you repeatedly call my Stan an animal. (A third glass for Stella) You don’t know him Blanche, you’re just habitual when it comes to accusing me! You think I’m in a terrifyingly abusive relationship, but that isn’t the case. The child in my womb, is a representation of the validity between us. Just accept him and stop trying to fight him, he will not lose, he is MY truth and my child’s father. (Stella slams down her third glass and begins to reflect)

It is HE who gave me a new life after I left Belle Reve, he allowed me to speak and he listened. He made me feel beautiful and loved. Something that I never got in the Old South. Something I never got from you… (Stella pours her forth glass of bourbon.)

Blanche (Appalled) : Why did you speak of this before?

(Stella enraged) Because you never let me speak! What else was I supposed to do other than to stay silent? And then you ask, why I left? Let me ask you, why should I have stayed? What did Belle Reve hold for me anymore?! No future, no love, no respect…it was a dead end.

I found my paradise with Stanley, Blanche. Stop trying to take it from me, I beg of you. I am a free bird with him now, rather than merely just a parrot who only speaks of what she is told and has heard instead of experienced…like I was at Belle Reve. I am happy here and I’m sorry if you are not, but I will always choose Stanley.

2 thoughts on “A Ladies Only Poker Night”