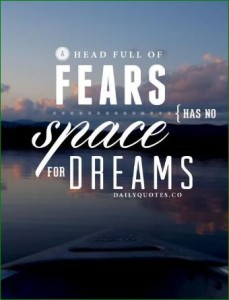 What I’ve found out now is that I’m incredibly comfortable in silence and in a solitary environment. It is very addicting once you taste the sweetness of loneliness, in you opens a bottomless pit growing deeper and deeper and never satisfied by any amount of solitude or time. It just seems that you never want it to stop. Personally, being alone is what some people need, being alone writing in this journal of mine gives me a very different feeling and experience than being alone and completing some other task. Out of my own initiative I am writing, just so I can fill that abyss in my soul. Of course I needed a way to communicate my thoughts, maybe to whomever will read this journal afterwards or just so I can create for myself a feeling of satisfaction that, yes, yes I can clearly and explicitly communicate. Maybe it was late of me to notice, but writing is addicting and I love it; I’m entering my own world where I am the master and my word is ultimate. Naturally, introverts similar to myself, we dislike communicating; at times it frightens us. When I speak I find it synonymous to dying, I start to shake my heart is pounding and I enter the fight or flight instinct hardwired into all our minds as a result of our species surviving till this very moment. As I was saying, I like to be alone. In our day-to-day lives we always spend adhering to responsibilities and we interact with our surroundings. It is the time when we are alone by ourselves, with ourselves, when we can explore and learn more about ourselves.

Through time alone I see a way to finally commit time to myself and to develop myself as a human being, a martial artist, a student, and a thinker. I write in this journal to create a create a feeling that I am not helpless. Maybe its a comforting lie I’ve told myself similar to those told to children such as the existence of a tooth-fairy,but it is a notion I need to hold onto at least until I become stronger and more of a “man” than the weakling I see myself as now. In this mind of mine my thoughts have no way to escape because they are oppressed by fear and held in place by its shackles. This precious journal of mine is my savior and my daily reminder that I am not a waste of talent.  Maybe to the you the reader it is pathetic, but we all are creatures bred from our fears and insecurities should we realize it or not. I am a curious mind, seeking answers, and asking questions and wishing to communicate. What holds me back is fear, it has locked me away in a cage, buried me six feet underground, nailed my arms and legs down and placed a muzzle over my mouth. It does another thing too, by a little string around my neck is the key to my freedom. Its tantalizing to the point where its pure agony. How easy it is to get out, but how difficult. With each attempt the chains around me tighten and my muzzle becomes more a part of me. I am left here to die, but fate does not allow me to. However agonizing it is, by the gleam of the key a voice tells me to not give in to my fear. It told me that if it were easy, we’d all come out of our fears with our heads held high and our back straight. It speaks to me here and now saying that I have no right to lie here because I’ll let others down and that their efforts on me will be in vain, An I, I will just be another skeleton in the ground, when they say my true place lies in the stars. The despair and sadness I feel will only serve to kill me slowly. So now I lie in wait summoning my strength and will to break my chains ans so I may not fear anything anymore.

4 thoughts on “Free-choice: My mind”