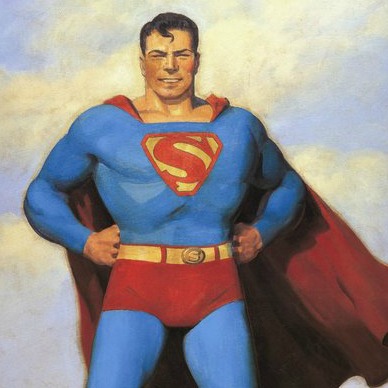 Everyone dreams of being the hero.

Everyone wants to be the one who, when they or someone they love are put in a difficult circumstance, would stand with their head held high and their stance wide— poised and ready to defend.

I prefer to think that, and sometimes I stubbornly believe that’s how it would all go down.

I laugh in delight. My brother just told a joke. He’s home: our family is complete. All day I’ve subconsciously had a smile on my face, and the ice cream in my hand is certainly not changing that.

My family and I sit in a booth, and I watch as a fatigue clad man enters the McDonald’s. He stops near the door, takes us all in, and sighs. He shoves his multiple bags in the booth next to us, smelling of cigarettes and age. He adjusts the poppy on his black coat, then his hat, takes a seat in his booth, then stands back up.

“No poppies for the new Canadians?” He says with a questioning look. It takes a while for this to register; I furrow my brows, purse my lips. I look at my family’s expressions: confusion, shock, and they all look away. I look at him.

“And they want to invite even more of you to Canada.” At this point, I desperately wanted to stand up, to yell, to leave, to do anything but endure this insensitivity in silence. Still distressed, the man slides into his booth, grumbling under his breath and fidgeting with his poppy.

With rage, I gape at my parents: at my mom shaking her head, at my dad staring back at me.

“Aren’t you going to say anything?” I ask.

“He doesn’t know what he’s saying.”

I nod, but in my head I’m astonished. I understand that perhaps he feels strongly about Remembrance Day and thought we didn’t, but simply putting a poppy on your coat doesn’t portray you care. It is an icon, not an opinion.

My parents tell me it was right in this situation to stay silent, in order to not make a mess. Internally though, I was bursting with fury at his ignorance. I wanted to stand up, be the hero— save the day by calling out his cluelessness and watching him shrink with guilt.

But that’s not how it always works.

On the drive back home, I remained mute as my parents fed us with entertaining stories of our childhood to, obviously, get the situation out of our heads. They played the protective part they were supposed to, like they always do. They tell us it’s okay: to not overthink because bad stuff happens. I believe it’s important to set your own limits and determine the extent to which you’d stand up: before staying silent or running away would prove ideal.

Still, I wish to one day be able to stand up, be the hero, save the day.