When grief or hardship assaults us, we as humans fall. In the face of any difficulty, our instincts are to despair, 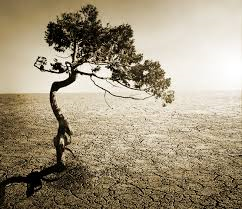 to treat the situation as incurable, and to buy into self-pity. But the human condition follows patterns of how to deal with grief and hardship- patterns that may take blood, sweat, tears, and time to complete, but are completed all the same. The patterns are woven into the tapestry of human history with the same repetitions- we face hardship, we respond uniquely, we fall, we get back up, and the experience we take away makes us stronger. Through this pattern and others similar to it, newfound understandings of ourselves reshape our identities. As we face adversity and unconsciously follow this pattern, we are forced to make choices- choices through which we learn who we are.

While we may choose how we react to adversity, what we cannot control is whether or not the hand of hardship thrusts its irrefutable weight upon our shoulders. In an excerpt from Divisadero written by Michael Ondaatje, Marie-Neige’s husband, Roman, has been imprisoned due to his violent tendencies, leaving Marie-Neige staggering under the burden of working their farm- a hardship taken on not by choice, but by necessity. In response to these demands and from beneath the pressure of knowing that the farm’s yields are her sustenance, Marie-Neige applies every available resource towards maintaining the farm and, with a twist of ingenuity that can only be found when under extreme strain, turns their horse-shoe shaped field into a market garden. Here, Marie-Neige chooses to break the typicalities of human response to adversity- she chooses to work hard and refuses to let her husband’s imprisonment dictate her lifestyle, rather than falling victim to self-pity and despair. However, when further tragedy strikes in the form of a miscarriage, Marie-Neige falls into a view of the world as cold, bleak, and monochromatic… a world where dreaming of a better life and giving up every comfort to make it happen will get her nowhere. But we do not fall because we are weak; we fall because we have been strong for too long. It is our defeats, and how we rise from them that defines us far more than our victories. When the kindness of friend and neighbour Lucien shifts her burdens so that they are shared between their two shoulders, Marie-Neige chooses to raise her head from the murky, suffocating depths of depression. As she is set upon the path of recovery, Marie-Neige becomes the unknowing recipient of life’s most valuable gift; through the choices that she has been forced to make, she has uncovered part of the answer to whose question we all ponder- who am I? By choosing to dedicate herself to maintaining the farm and developing a new garden, she proved herself to be a tireless, insightful, and resourceful woman. Through choosing to stay strong and work hard for such a long time, through choosing to accept Lucien’s help, and through choosing to raise herself from the sticky snares of despair, Marie-Neige has uncovered a multitude of things about herself. She has discovered how she reacts to situations, she has new understanding of how tragedy and loss affects her, and the new awareness that Marie-Neige has received as a result of her adversities has shaped not only her identity, but also her perception of her identity. 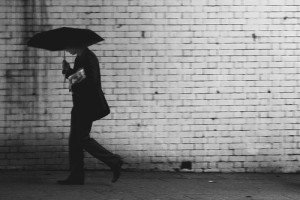 Marie-Neige’s ordeal comes in two forms- in the burden of working on the farm in order to sustain herself, and in the sudden death of her unborn child. She, as all others do, follows the pattern of human response to adversity. Through facing hardship on her farm, she at first responds uniquely by pressing every facet of resourcefulness she has and by working hard. However, Marie-Neige falls when the burden of solitary hard-work coincides with grief for the death of her unborn child. The pattern ends as Marie-Neige is set upon the path of recovery when she chooses to lift herself from the depths of despair with the aid of Lucien. With recovery, a not yet obvious but nonetheless significant process begins; the trauma of Marie-Neige’s experience and choices she made begin to reveal and shape parts of her identity.

Additionally, the adversities that Marie-Neige was forced to confront presented her with opportunities and in her life that had been invisible before. Because of working on the farm alone, Marie-Neige developed an undeniably important characteristic- independence. Borne from the hardships she faced, self-sufficiency among other newfound traits- such as bravery in the face of danger and resilience- have been discovered and will build Marie-Neige’s life to a more powerful height- a height that could not have been reached without sinking first. She has gained new measures of control over herself and her future because of the ordeals that she has been forced to confront. Much like Marie-Neige, through adversity I had to face when transferring schools, I too followed the patterns of human response to difficulties. Moving schools was a difficult process for me; I was leaving an environment where I was comfortable, where I was loved and where I was cared for. Dumped unceremoniously into a place where I had to fend for myself- both academically and socially- I responded at first by working hard to engrave my mark into the harsh world that was now my reality. I tried my best to create friendships that only fell apart, and I studied long hours into the night only to fail the tests. Eventually, I fell into the same web that Marie-Neige did- into was a place of asphyxiating self-pity and numbness where I no longer cared what happened to me. But with help, I began to pry the sticky tendrils of sadness from my torso, and the monochromatic film that had covered my eyes became transfer-tinted. As the hand of Lucien guided Marie-Neige, I too was guided into a place where I could reflect upon my dark experience. To my surprise, I realized that the experience I had trudged through was not one of darkness but one of enlightenment, for my identity was now changed and shaped by the adversity I faced. Had I never had to deal with that situation, I would never know how to handle myself in loneliness, in despair, and in grief. Had I not fallen, I never would know that I had the incredible strength to pull myself back up. I would never be able to understand how the choices I made when my outlook was grim revealed to me much of my own personality. Had I not fallen, had adversity not whipped my back until it was raw, my identity would be shaped in the same way, or perhaps would not be shaped at all. My experience has taught me many things, and despite walking a tightrope where if I fell I would certainly die, if I hadn’t walked the tightrope, I wouldn’t be at the other side and I would never know that I had the ability to walk a tightrope. I have become a better person for this, with a greater extent of understanding and control over myself and my future, much like Marie-Neige.

Because of the ordeals that Marie-Neige had to fight her way through, she has been provided with 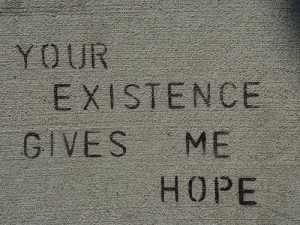 opportunities to gain immense measures of control over her life. Through inadvertently following the most fundamental patterns of human response to hardship, she has been compelled to make choices that reveal the ways in which Marie-Neige responds to situations, thereby making her aware of parts of herself she never knew existed. With other examples of response to hardship- including mine- the patterns are the same, and the choices that we make in those situations create new understandings of ourselves. In the end, we emerge enlightened and our identity having been shaped by the adversity we faced. Adversity shapes an individual’s identity by exchanging temporary pain for permanent value and control, by showing ourselves that we do have the strength and power to prevail, and by providing the individual with insight about themselves. All of these things will irrevocably change the collection of values, beliefs, priorities, and perceptions- in essence, the human identity- that we use to define ourselves.