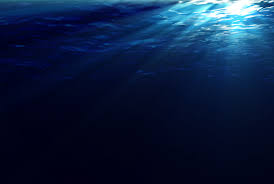 This was inspired by the holocaust, in general, more than specific texts. As well as the premise of a book I haven’t read the Jaguars Children by John Vaillant.

Mother wander into the room, a frustrated and fearful air about her. I glanced up at her, from the floor where I was drawing a picture of a coastline, similar that of the great country, I was so privileged  to live in. Quickly he crossed to the window in my tiny room. Looking out towards the town she sighed. In the shadow of her jaw the red dot continued is blipping, ever watching, ever hearing.

“Where is he?” mother muttered in a low voice.

“His job at the office always ends at three though, but my clock says it is quarter after five.”

Downstairs, the door slammed. I tilted my neck watching for the little words to pop up on the wall. There  my fathers name in red light. Reassured the stairs passed below my feet as I rushed to greet him. Seeing wild fear in his face, my mother and I stood in silence growing pale.

My father holding a news paper and pointed to an article, read, “attention citizens of our great island nation of Nighmeged. Outcasts this is your chance. At 2.p.m., by Bogthal avenue, you will all be divided into different task groups to work to win the war. Even though outcasts though you be this is your chance for forgiveness.”

“Forgive us!” my mother bellowed, her face changing from fear to hate. “Just because we are different from them the say we need forgiveness!”

“Dear, we can’t fight the law. Even if it is wrong.” He rested his hand on mothers arm.

Then I voiced my thought, “Dad, what does this mean?”

It was a cold morning. Cold enough that I wore my toque . At the plaza just by the docks, an old woman was shuffling towards the meeting spot. Two soldiers took one look at her and laughed. Then one shoved her towards the water. She fell in; it was obvious then that she couldn’t swim. They laughed and started to walk away. I hit the water, and helped the old lady to shore. Before I knew what I was doing I was on those soldiers. How could they treat someone, especially someone that helpless, so cruelly? I slammed into one and as he fell into the water, I drew his decorative blade out of it’s sheath. My friends and I had duelled with sticks on the edge of the city often. Kicked the other guard in the gut. He staggered back and drew a pistol. Ducking to the side, the blade of my weapon slammed into his gun sending it into the water. He drew his blade and started at me. I backed onto a pier, and he followed. He pushed me back with battering blows; until, we were but a foot from the edge. Then frustrated he thrust. My parry and doge threw him, off balance into the water. His fellow had gotten on the dock and was charging he with stick brandished as a club. Unfortunately he tripped and fell flat his face and being fat rolled of back into the water. I trotted off and stabbed the blade into the ground and kept walking.

I reached the spot in good time. The angry two soldiers had joined the surrounding us outcasts. The meeting at the docks was brief. People were divided into groups, and sent off. Goodbyes were said. Directed by a guard I went into a group of young adults; but then the two soldiers who were still cold from their little swim diverted me to a group labeled  SPUPU. Single person underwater pod unit. Unexpected stealth soldiers to strike in underwater pods. The most rebellious all on a secret mission. We were led to our pods and were told, “I know you think that we haven’t trained you, but you are bright, and the pods will teach you all you need to know as you are being shipped off. Good day.” We each climbed into our pods. A small screen was in front of my chair.

“Good afternoon,” a robotic voice said. “I am your pod.”

“Uhh….” My confusion shown on my face.

“It does’t matter how stupid you are and evedintually you are quite incompetent; ah well, you can still be rebellious.” It muttered.

“Could you please tell me what is going on?”

“Fine. In the year 2110, war spread across the world. Well that is what you are taught really. What actually happened is that the nation of Nighmeged, was formed. It was and is ruled by a great and wise tyrant, who slowly want to amass their forces to conquer the world. Now in the year 2410 they are ready, military size wise. But ammo and rations don’t grow on trees. So they need a slave labor force. They now use the outcasts. And the great and wise tyrant has decided that rebellion may not be allowed to happen. Especially not this close to victory. So the most rebellious must be taken care of. So they send them in SPUPU.”

“But I am not a rebellious person!”

“Well you see. Anyone with enough compassion to risk their like say for a old woman is a threat.”

“Yes, the great and wise singularity. Whose single power outmatches all; as does his cunning. He can manipulate space and matter. None shall stand against our lord. His name is Bob.”

“Do machines rule other peoples too?”

“Oh no. Never. Bob is AI And few achieve that and use it for power.”

“Why are you telling me th-”

“We have arrived preparing to open vents.”

“But we are still no where.” I said, pointing at the map. “We are hovering under water.”

Panic over took, me as water trickled into the cockpit. I pounded on the pod “Let me out! Please.”

Musically and in a relaxed positive tone the pod chuckled, “save your breathe. You won’t get many more.”  The water was slow in coming in so I could die in agony. The sound of music was the last I heard.

Pain filled me as I returned to the land of the living. Coughs sputtered from my throat, interspersed with gasps.