Author’s Note: Penelope Thloloe is a very real, very incredible individual. This short story is nothing more than a fictionalized version of her life based off a prompt I was given in English Class. This was written based on the facts solely given from the prompt and is merely an attempt to show my appreciation to a woman who I found inspiration in.

She stands on a precipice. On a point somewhere between balance and a fall in slow motion, almost as if she were moving through water rather than air. And as the lights of the stage catch and glitter in her eyes, the ballerina holds every breath in the room in the palm of her slender hand.

However, she sees none of this. Nor does she feel the awe the theatre holds for her. Instead she is only aware of the fact her feet and back ache in such a way that she had not thought possible. Instead she is acutely aware of the drops of sweat pooling on her forehead and how this might distract from her painted on smile. After all, people go to watch ballet to see dancers who move as though walking on air, not drowning in an ocean of their own sweat. Of course, the sweating can’t be helped; the bright lights of the theatre are scorching and the unnatural positons she must hold herself in only manages to burn her inside as well. But despite all this, the ballerina remains poised. She does not move to wipe her brow and instead only smiles wider.

This is her one and only chance, and she will not lose it to something a trivial as physical discomfort. Not when the outcome of this audition will determine whether or not she holds a spot at the National Performing Arts School of London, a place she has dreamed of attending since the tender time of childhood.

With both delicacy and deliberations, the ballerina maneuvers her body and spins. She has long since trained herself out of dizziness and the confusion it can bring, but as she does so, she swears she hears her mother’s voice from long ago whispering in her ear.

“That’s my good girl. You are as graceful as a bird. You make me proud.”

She was ten and living on the opposite side of the equator when her mother first said this. And as her mother speaks these words with a smile as big and bright as the South African sun, Penelope Thloloe knows she wants to be a dancer. She doesn’t care that she has taken to the sport far later in life than most who grow to dance professionally. She feels nothing but drive and lighting sparking in her toes, pushing her onwards and upwards without fear.

But at the age of 21, as she stands on the other edge of the world, Penelope feels fear snapping at her heels. She feels its breath, hot and heavy on the nape of her neck.
She is standing on a precipice. The outcome of her feathery movements carries the weight of her entire future. One wrong move, one joint or muscle out of place and everything she will have worked for will be over.

Penelope knows at first her mother never truly understood why her daughter wanted to be a dancer. The field was competitive amongst the women who were trained for this their entire lives by the finest of instructors, let alone throwing a girl who learned from community classes she had taken up on a whim. But how that whim had grown. Of course, not everyone saw that. She knows that when she stayed at the studio after hours, dancing with only her reflection in the mirror for company, her mother would have been sweeping the floor and shaking her head. Wondering why her daughter put more work into dancing than helping her mother keep house. And yet, every day her mother would come to meet her at the community dance hall, and it would be her mother’s silhouette burned into a red sky that would greet her as she swung the doors of the studio wide open.

But what Penelope didn’t know is that even though her mother never understood the dancing, she did speak the universal language of hard work. And so, she took her daughter’s smooth hand into her own callused ones and whispered.

“You must fight for what you want, and for what you deserve. Nothing in this life is given for free Penelope. God’s reward system is measured in water. If you are unwilling to sweat you will spend your life walking through a desert. But if you are willing to put in the work, He will lead you to an oasis to drink from. And if you wish to be a dancer, a dancer you will be, but you must never let fear overtake you.”

And she never had. Until now.

Penelope could feel the seconds she had left on stage. Time seemed to be melting around her, turning the air thick as honey. She could practically feel it sticking to her skin.

The last time Penelope had felt like this, she had been twelve and had seen a bushfire. The grey smoke and heat had come racing through a field where she and the other children had been playing, eating up everything in its path. She distinctly remembered being able to hear the startled cawing of birds as they took to the air to flee from it, soaring up to get beyond the reaches of the smoke. The world of then seemed to be frozen.

And the world of now seemed to be on fire. The blackness of the empty theatre seats like smoke, choking her and weakening her news. The eyes of the judges at the panel as hot and burning as flaming. The sweat was running down her face now. Penelope could feel her muscles tensing, refusing to obey in the midst of the silent roaring of the theatre.

She swore she could hear the scribbling of pens above it all.

Swore she could hear a disappointed sigh from one of the judges.

And just as she was about burst with fear and shame, the words of her mother came back to whisper in her ear once more.

“You are as graceful as a bird.”

Birds, which did not just flee from smoke but rather rose above it. Birds that sailed high to the clear blue of the sky.

Penelope is a bird.

The heat from the theatre is nothing more than a thermal updraft for her to rise upon.

This dance is nothing more than her first flight.

Penelope bends her legs and springs upwards into the ending of her dance. She leaps then lands, silently and gazes out at the theatre before her. Instead of fire, she sees all three judges on their feet, clapping vigorously.

She stands on a precipice. Before her lays a future unclouded, beyond the reaches of any kind of smoke, and now it is hers for the taking. She has seen this place since she was ten, has always seen it, and its presence drives every step 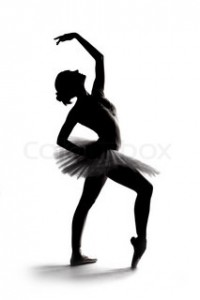 she takes. Though her mother remains on the other side of the earth, she can already feel the warmth of her smile at the words she will soon tell her.

Penelope Thloloe has found her way out of the desert and taken her place among the birds in the sky.

One thought on “Trial By Fire”