“I’d rather die my way than live yours.”

I believe in independence.

Even the earliest of triumphs, such as learning how to walk, are the result of you willing to be independent.

I believe we are called individuals for a reason.

When I work hard for what I want, I feel empowered to do more and appreciate it so much. This allows me to take pride in every little accomplishment and gives me a greater sense of self. Rather than giving others control over how I choose to live my life, I believe in keeping that control to myself because I know myself best.

My parents grew up in a time and culture where gender roles were given high importance to by all. The man of the family earns and provides for his wife, who stays at home and cares for the children. Despite this, my mother was lucky enough to have parents who acknowledged knowledge as a foundation of independence, saying “just in case” whenever others asked what could possibly be the purpose of spending money on educating their daughter all the way to university. It was assumed that her husband would work, and it was hard for them to fathom this “just in case” concept.

Her parents were right. Ever since getting marriage, she’s been travelling with her journalist husband, adjusting to wherever his job would take him: around Europe, the Middle East, and now Canada. Instead of being constrained by her lack of knowledge of the dissimilar world around her, her parents gave her that boost from the very beginning, making her capable to work as a teacher in more than one country. She inspires me in the sense that even with English not being her strongest feat, she managed to travel to foreign countries as an adult and study again in order to become a full time teacher. My mother has an air of responsibly and confidence and sincerity— because she knows no matter what happens, she is independent and free.

As a first-generation immigrant, I struggle constantly with the pressure of conforming to either the Pakistani culture of my parents’, or the Westernized, more appealing culture of where I currently live. I hope I will one day be independent enough to not let these two cultures pressure  me, and have the strength to instead pave my own “grey” path between these black and whites.

Since I have received the fortune of growing up in a liberated society where you can have the reigns of your life in your own hands, I aspire to be even more independent than my mother in the sense that I comprehend it is an immensely valued trait sooner than she did.

I believe one can accomplish so much more independently than they ever could dependently. I want to walk into the real world prepared, knowledgeable, and standing on my own two feet. 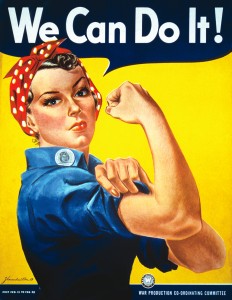 3 thoughts on “This I Believe: Independence”