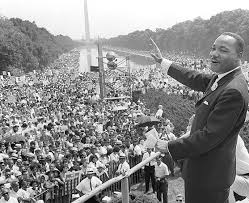 “A drop of ink may make a million think.”
~George Gordon Byron
We are taught from an early age how to use speech to communicate. From infancy, we are taught to no longer use vague gestures to ask questions or form answers . We now use words. The messengers of speech that can so easily make or break a soul. Mere whispers of a phrase may make one’s ideals topple to the ground, or they can  construct new ones for us. They can ignite an idyllic light from within man, or they can send oneself crashing into an emotional abyss. The immense power of words has long been a part of us. For they are the basis, the very root, of human nature and purpose.
No one remembers their first words, yet they can symbolize so very much. They are the beginning of the end of everyday primal instincts. No longer did we view crying, screaming, or laughing as the only way in which humanity can communicate. We started to truly observe the world around us–and for the first time true emotion could be expressed in a way that was not the physical.
So much can be said in so very little. It is said almost religiously throughout the world, but it is the truth. Perhaps many a war would not have existed if humanity chose to listen to the words of others, or if repressed ideas were never suffocated. And perhaps this may be a naive way to look at the world, but is there not some truth in communication? I believe that humanity is flawed in that sense. Our pride ceases our ability to comprehend the words of others when we ourselves do not agree with them. That is, in large part, one of the reasons why words are so very powerful. There are times in which I may hear a snippet of a conversation, or listen to a friend talk about something they cherish, and in those moments I suddenly am viewing a portion of themselves. Words, in my opinion, are a powerful reflection of one’s being. I may write a piece on a frivolous topic, and even then you can hear my voice and views through the words I choose to use. Words can express a person in the most ardent way, and they are the most paramount reflection of a person’s personality and virtue.
With the exchange of a few sentences, you may make a new friend, or a new enemy. In what world will words ever take the place of violence? Would it not be simpler if countries would use their words as fists instead of using guns in the absence of speech? There are so many instances that would have fared better in my life if either I or the other party communicated. Friendships have been lost and tensions have been created because of lost communication, or lack thereof. As an individual who finds it hard to put my trust in others, disclosure does not always come easy to me. But sometimes said disclosure is the catalyst for better things. In this philosophy, I have faith.
Words represent ideas. And ideas represent change. So much can result from words, and so many words can describe life itself. But it is the strength within ourselves that words represent, that truly change the world.
I believe in the power of words.

8 thoughts on “I Believe In The Power Of Words”